Earth men colonized a terraformed planet orbiting Alpha Centauri. There are already industries developed there, farms, mining etc. There's a large fleet of cargo ship capable of reaching 0.8C (over long distances - nuclear pulse propulsion) serving both systems (colonies both in our Solar system and the Alpha Centauri one).

What's the best way to establish communications between both systems with reliability of message delivery ?

Assuming "current physics knowledge and tech" we're strictly limited to light-speed (or less than light-speed) communication. Superluminal communication can't be done with using quantum entanglement, because of the no-communication theorem.

From there, it'll depend on how much data you need to send.

Use radio or laser. 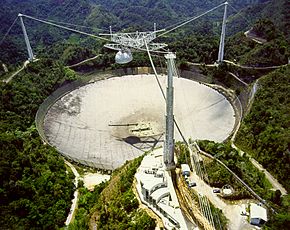 For short messages the best bet is either radio or laser communication. The bandwidth will be small, but the speed is as good as it gets, light-speed. We've been communicating this way for years, to adapt it for interstellar communication we only need to tighten the beam and boost the power. And of course, like Space Invaders, aim for where the recipient is going to be (unlike Arecibo).

Bracewell probes (or Sneakernet probes) can be dispatched to ferry large amounts of information. The probes can be accelerated far faster than a ship with humans on it. If 0.8C is because of the acceleration times then you may be able to get there at an even faster speed. Even today, with a high speed internet connection (possibly higher bandwidth than interstellar transfer) simply sending a package by mail results in a higher average bandwidth.

You can always send letters. Your ships are going at 0.8c, which is fast, and are delivering goods anyways. Letters could be just another one of those goods. They need not be physical letters, simply digitally stored ones.

This is slow, though, because you are sending letters. Physical and digital letters can be intercepted, tampered with, and so forth. We've encountered these problems before, so there are many solutions to them. The real problem is the time it takes to deliver a letter.

This includes radios, flashlights, or any other form of communication which uses light. You would likely need some band or part of the spectrum that the stars of Alpha Centauri do not emit. The good news about these communications are that they travel at the speed of light, as fast as we can send them. Faster than your transport ships, even.

The bad news for light signals is that anyone can intercept them, so you'll need some sort of encoding so those communiques do not fall in the wrong hands. The other bad news is that Alpha Centauri, despite being super close, is 4.3 light years. This rules out any informal conversation between people. Communications would need to be just like letters; it will be at least 8.6 years before you get a response.

We've learned about particles that seem to "instantly" affect each other, without regard to how far apart they are. It has been speculated in science fiction that you can use this to communicate instantly across great distances. So great, in fact, that you violate the "speed of light" rule of the universe.

The wiki article on Entangled Particles actually talks about a paradox which prevents us from using this to communicate. Veritasium does a good job of explaining this. When you look at an entangled particle, you do not realize why a spin is the way it is until you meet up with someone observing the other entangled particle later. So, you never know if the spin (which you use to communicate) is random noise or your actual message. This is not a basis for communication. You cannot use this to communicate faster than light.

Essentially, this forces you to use quantum computers to store and read information. These quantum messages are broken as soon as you read it; a one-time use letter whose self-destruct is initiated by reading it. This would be send via a letter-like system, but is possibly the most secure way to store information.

Radio is easiest considering distances and the issues with moving the patterns of energy we call atoms around the vastness of space. Photons are essentially mass-less, so can only go at light-speed, which makes them very convenient for information transmission.

Radio does have the difficulty that you emit in all directions, effectively wasting most of the signal energy, and potentially making the communication subject to interception and decryption by hostile parties.

High energy lasers can maintain beam focus over vast distances. Diffraction will still be an issue at inter-stellar distances, but the energy dilution is much less than that of radio. Transmission of course still occurs at the speed of light.

Properly constructed cargo ships (no human crew) can accelerate at tremendous rates and approach $c$ much more quickly than a standard one gee flight plan (by standard I mean accelerate half the journey, decelerate the other half).

where, a is acceleration, t is (ship) time, S is distance and c is the speed of light. All units are in SI.

So for $\alpha$ Cen, at 4.37 light years away, while a standard 1 gee $9.81 m/s^2$ flight plan would take 3.6 years shipboard time to cover the distance to $\alpha$ Cen AB, a ship capable of 100g acceleration would only take 44 days (ship board time) due to time dilation onboard. Of course, the source and destination are not in accelerated frames, so would measure something higher than 4.3 years in duration for the journey.

$\alpha$ Cen is actually a close binary star system, with a more distant 3rd companion, and therefore rather unlikely to have habitable planets in stable orbits in anything like the goldilocks (not to hot, not too cold) range.

Also, with regards to both the 1g and 100g standard flight plan, there is no current known technology that would allow that sort of sustained acceleration, since the energy requirements are astronomical. Of course, this is moot since we're talking about the brave new future.

I recall a talk I saw on youtube but can't find it again; it may have been SETI Seminars? It was a talk about a giant laser being planned for the military, and the guy real excited because it's only another order of magnitude to scale it up to "a flashlight" that could scan Mars from here. It is a pulsed laser, so the total power is concentrated in the pulses which are correspondingly brighter. But mort importantly the specific cadence can be watched for to distinguish the return signal even from a bright or noisy background.

He goes on to show that with some concrete numbers such as an 8 meter primary mirror at each end, it could be used for interstrllar messaging.

You can find information on how pulsed lasers can give a clear signal if you knowmwhat to watch for. This is something that could be built today, with a few years of development, given funding.

But the existance of the colony implies higher technology and command of energy far beyond what we use today. So a bright beam is peanuts compared to launching a relativistic colony ship.

Also, the ship could deploy communication bouys on its way. These would relay the signal.

Not the answer you're looking for? Browse other questions tagged space communication or ask your own question.

12
How to get across the galaxy moving slower than light - in a single lifetime?
-1
Space colony in isolation due to Kessler Syndrome