In the supernatural plane of existence known as The Exhibition, time appears frozen - nothing is moving, falling objects are suspended motionless, the works. In addition to this, while outside visitors and their belongings move as normal, the inertia of native matter is 100x, maybe even 1000x what it normally is, which means that anything of much mass at all is impossible to budge, you can walk on water like it's stone, etc.

You can, with difficulty, move a feather that was floating in the air, and wherever you managed to move it to, it would remain suspended there. If you succeeded in putting the feather in your pocket, it would be very hard to walk away, as it would probably tear the pocket loose from your clothing and remain where it was in space.

There are some very good reasons to want to explore The Exhibition, which otherwise resembles a medieval realm. However, particulates in the air cause big problems. Water droplets from fog, or dust in a dusty room, even pollen, all accumulate on your clothing and hair and in your lungs and increasingly bog you down. This can be fatal! The modern-day solution would be a protective suit like this dry suit. It would still be hard to move through particulate-heavy air (would feel like wading through water or mud), but it would at least all slide off of you so it wouldn't get worse over time.

How can the canny explorers in my setting visit this place as safely as possible? Their base is a medieval fantasy world, though I'll take any technology plausible up through the Renaissance. There's magic in this setting too, but I'm looking for a mostly or entirely non-magical solution.

It doesn't have to be perfect, just better than nothing, and the less cumbersome the better. Lotus leaves might be a good start, but I fear that fashioning them into clothing would be prone to failure (holes made from stitching would tear when you started moving, etc). Maybe they could be layered overlapping on top of an undersuit with some kind of pitch or glue? But if the glue remained wet it would attract particulates, and if the glue hardened, it may become inflexible.

(Although I'm not aiming for hard-science plausible physics here, any tangents about other effects of this high-inertia plane are welcome, though I might ask another question about that.)

Update: Assume that gases aren't subject to this extra-inertia effect, only liquids and solids. So, in the absence of solid particulates, air pressure and breathing work as normal.

A set of good plate armor from the middle ages would work. The main thing is that the front pieces should all be angled back from the center. This would deflect the particles to the side rather than accumulate them. The helm doesn't even need to be very complicated. So long as the breathing openings are on the sides or bottom of the helmet, the dust will be deflected from the air they breath.

The main sticking point will be vision. If they can use quartz eye pieces, great. Otherwise, they will have to look down through overlapping slits to prevent forward motion from driving particles into the eyes. Every so often they would have to stop and either lean back so they can see ahead or raise their face shield to get a good look. Then it's back to watching the ground at their feet through the slits.

They may have to clean the front of the armor every so often lest they accumulate enough junk to make it very hard to move. This can be done easily by taking a step back and then going around the floating pile of junk.

Well traveled routs will have the junk pushed to the side already.

People have been adding oils and bees wax to clothing (coats, cloaks, frocks etc) to make it shed water for ages.

Your explorers could take this technology and apply it to several thin cloaks made of fine hemp or cotton. Wear each cloak like a wrapper, or bring spares with you in a pack. When the outer cloak gets too laden, simply shed it and continue on.

Here is a link to a home recreation post on making a “cling-wrap” equivalent out of cloth, wax and oil. 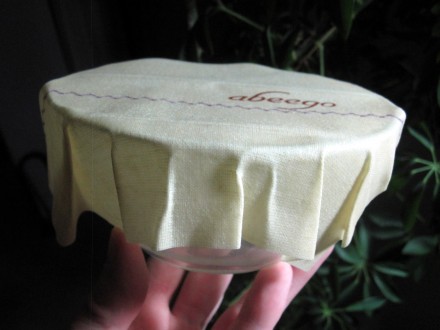 The skin of sharks or rays would provide material for a lighter and cheaper armor. Or the adventurers could span shark skin on a light wooden frame to make a shield / plow.

They have to keep the orientation of the skin. Particles slide smoothly from the snout of the shark to the tail, but are hindered in any other direction.

Please note that the processing of shark skin is quite complicated. Knifes to cut the skin become dull extremely fast, to sew you would need to use senews or similar strong material.

If air works as normal, the armor thing would work.

How large are the portals into The Exhibition? How long do they last?

Because people are lazy, and if you could for example bring a large metal shield and hook it up to a couple of oxen and have them plow a path for you - profit. Oxen are strong, and if they accumulate too much particulate you just get new oxen. They are cheaper than new explorer people.

Or, instead of thinking of the water vapor as heavy water vapor, think of it as a slightly solid wall. Heck, you could just climb over it if you wanted, right? If you needed to clear an area, bring a big sheet of metal and a lot of weights, put it on top and push it to the ground.

Then you don't need really bulky suits except for specialist stuff.

2
Is there a plausible way to exchange matter between spatial dimensions?
3
What material for a super-speed suit?
4
Old Clothes In The Future
1
Clothing requirements for people with enhanced speed
10
Could mermaids feasibly make clothing out of natural rubber?
1
Could you develop Electrolysis with Pre-Modern technology?
7
Applying this kind of physical magic to walk on air
15
Are Seashell Tops Viable Clothing For Mermaids?