Can a two handed sword bludgeon when swung?

Would a large, two handed sword have enough weight behind it when swung, swung, not thrusted, to bludgeon heavy armor like chainmail or plate? So If you swung this giant sword and it hit someone's armored arm, could it dislocated it? Could it dent a breastplate? Break a rib? Cause a concussion?

There is a reason most of the historical treatises on armored swordfighting recommend wrestling until you can pin your opponent in a way that leaves a gap in their armor through which you can stab.

Taking a big swing to the head will be unpleasant, even in a good helmet. But it won't kill or incapacitate you. It will probably hurt your neck, and it will be really loud, but you will survive. Most of the weight of a sword is near the hilt, not out by the tip, so your swing won't actually deliver that much energy to the target.

Torso hits are even less effective, you accomplish basically nothing. Remember, it isn't just the metal you have to get through, but also a layer of thick cloth padding.

Limb hits could be more effective, at least for chainmail. You could possibly hit hard enough to rotate a joint farther than it is supposed to go, which chainmail will not prevent. Further, the limbs often have much less padding, to maintain mobility, so if you do cut through the chain, you may actually hit flesh.

Damage to the armor will be light mostly. Minor dings and punctures don't actually do much to the wearer because they wear padding underneath plate mail. Dings near joints could impair mobility, with the bent metal getting in the way. It's a similar situation with chainmail; a few split links will not be enough to compromise the armor.

In real life, armor was mostly defeated by specialized weapons. Maces, hammers, and polearms. Plan B consisted of the mordhau, also known as the murderstroke; holding your sword by the blade and smashing them with the hilt, wrestling to open a gap in their armor, or massed arrow/bolt fire in the hopes of getting a lucky shot in the eyeslit or a gap in a joint.

Many medieval manuscripts on fighting actually do have the sword used as a bludgeon, as well as a hook and other fun things. The fighting "styles" you see in movies and TV have little or no relationship to real sword fighting. 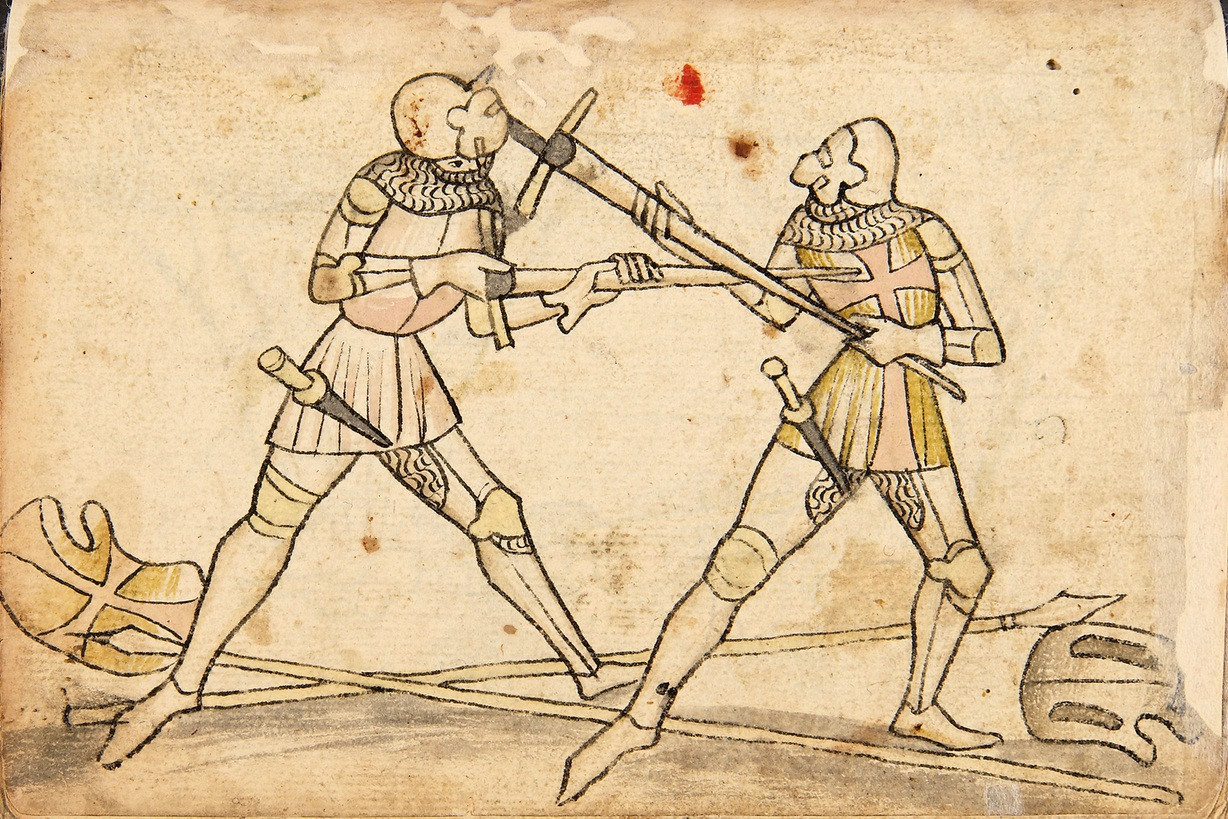 Example of real swordsmanship in a medieval manuscript

In the illustration above, one of the knights or men at arms is grasping the blade of the weapon and using it to make a two handed thrust like a spear to his opponent. The other man has reversed his sword and is using the hilt much like the head of a mace to bludgeon the enemy. 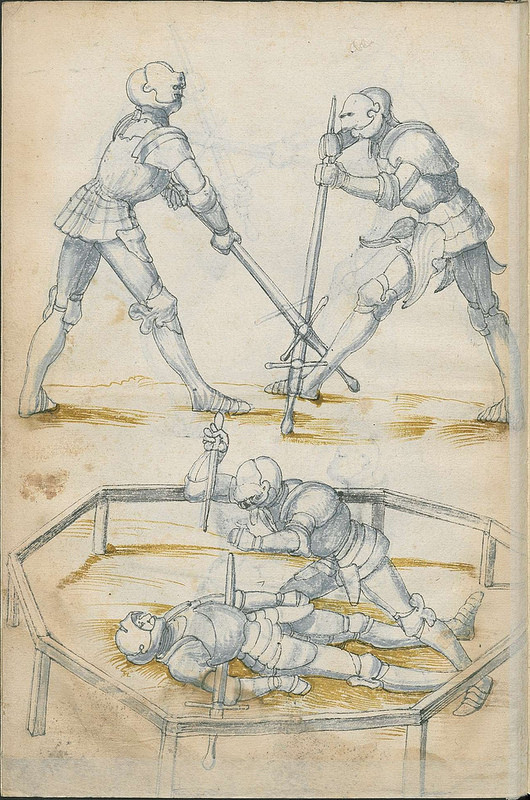 Using swords to trip an opponent

The second illustration demonstrates using the hilt of the sword as a "hook" to trip or knock over an opponent, which allows you to close in and stab with a dagger through a joint in the armour or through the visor.

Of course, by the time large two handed swords were common, using a sword against an armoured opponent was a rarity. Plate armour could shrug off most sword blows, and you would need a pole arm or smashing weapon like a dagger or mace in order to deliver a killing blow. Long, very stiff swords called estocs were also developed in an attempt to thrust though weak points in armour

So while a wild swing with a two handed sword would certainly ring someones bells if they were in plate armour, true sword fighting used a multitude of different techniques in order to defeat an armoured opponent. By the time full plate armour was common, using swords to fight was actually an anachronism, battles would be fought using pole arms rather than swords. 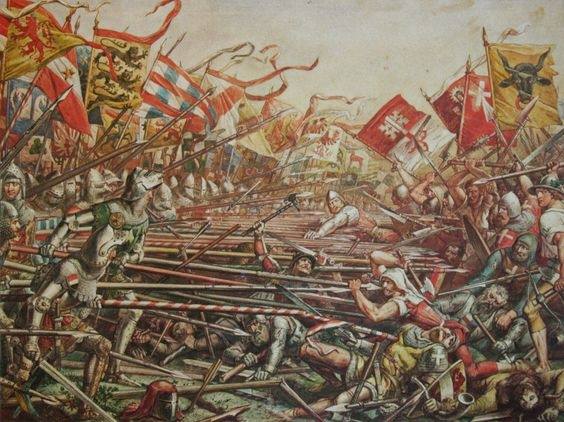 Fully armoured men battling with pikes and other pole arms

Not the answer you're looking for? Browse other questions tagged warfare weapons medieval or ask your own question.

28
Larger swords vs larger monsters
8
Is it realistic or possible to implement the loading mechanism of a shotgun into a crossbow?
6
Possible character body modification for wielding large swords
13
How to realistically implement magic-users in medieval warfare?
70
What (modern) weapons could be used to destroy skeletal enemies as completely as possible?
7
Modification to Chariots for Heavy Cavalry Analogue for 4-armed race
22
Weaponising the Grasp-at-a-Distance spell
6
Medieval military tactics, given the presence of a single invincible champion in every nation's army
6
Usefulness of shields in future wars