Why would sorcerers not use guns? [closed]

I have noticed that in most fantasy books, at least the ones I read, the group of sorcerers, wizards, or demigods don't use guns or other modern weapons, and instead prefer to use medieval weaponry. Rick Riordan explained this away as celestial bronze dissolved after hitting the target and explodes under heat. In my story there is a form of magic called Maker Magic, in where you transform your magical energy into physical objects(ex. bullets) and Automated Magic, which allows you to use circuitry or machinery to make a more controlled form of magic.

Question: Why would wizards not use guns?

Making Guns Is QUITE Complex!

From your question description "don't use guns or other modern weapons", I am going to assume this is modern day wizards and not someplace where guns don't exist. While you can make the argument that magic affects tech (Dresden Files), magic is too OP, or magic is more efficient, there is a much easier explanation. Too many moving parts!

While I am not ultra knowledgeable about firearms, it doesn't take a genius to realize that constructing one of these via magic is going to get a little confusing. Not only would you have to create every part, but also assemble the pieces. Take a look at the photo to see just how many parts are in a handgun. As a wizard making guns, you need to know all of those along with bullets. Seems like a lot of work when the making of an arrow would be MUCH simpler/quicker.

While Maker Magic may be great and able to construct anything, it may have the issue of being much harder to craft objects based on complexity of object trying to make. You could even have the system require more time for complex materials (it takes longer to make a steel spring than a wooden cube for example.)

This way, if you are a wizard, it's easier to create an arrow and project it through the air rather than creating a gun with bullets that are propelled via chemicals. Even if you are only creating a bullet, it's not like that is as simple as a knife. You need to take into account bullet size, case, powder. Maybe there a VERY few SPECIALIST wizards who may be able to do this on the fly but not your average joe wizard.

Don't forget that in a wizard battle, it is not impossible to explode (via pyrokinesis) the bullets in an enemy wizard's gun. Making the gun more hazardous in a wizard duel. 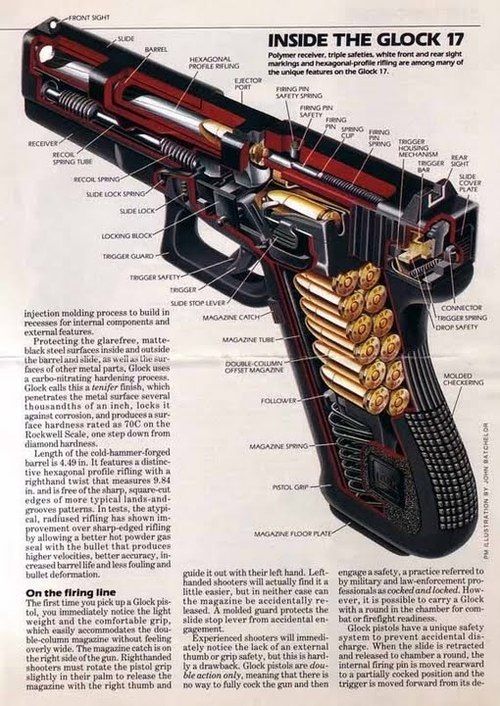 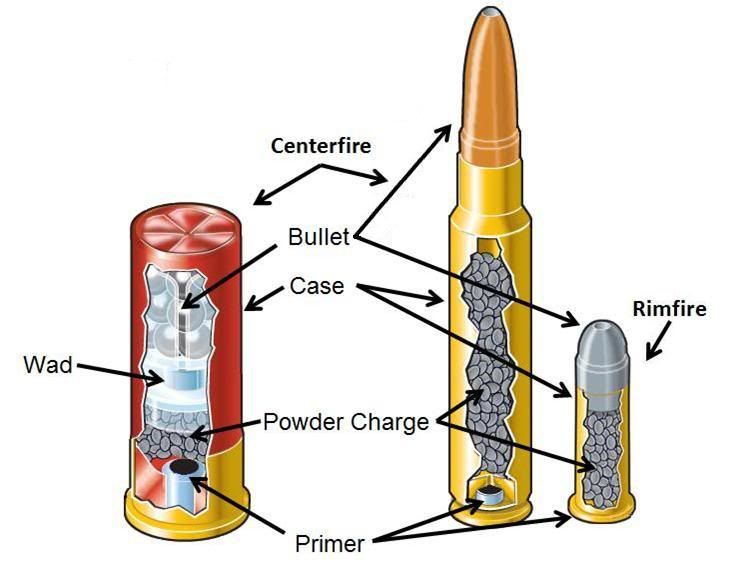 Distaste. Why would a knight use a pitchfork as a spear? It gets the job done, but it is seen as a peasant's weapon, but it looks ugly as well. And the pitchfork stinks for some reason...

Unreliable. Guns have not yet evolved into something that fires every time the trigger/mechanism is activated, and accuracy is very poor until the invention of rifling and the minie bullet.

Unwieldy. Most early guns were micro-cannon on a stick. Eventually the musket was invented, but it was still very bulky. Compared to what is generally used for magic (a free hand or 2, sometimes a bag of physical components/power source), a firearm takes up lots of space. Some early models needed a stand to be aimed properly. Firearms also have a complicated any long reloading process.

Rate of Fire. Turns out firearms, until the invention of the metallic cartridge, have a very low rate of fire. A decent mage should be able to have a much higher attack-per-minute.

Damage output. Sure a gunshot wound is nasty, but so is getting hit in the chest by a fireball the size of your head, or a boulder summoned from the sky, or a necrotic tentacle that leaves ruined corpses behind. Until firearms are common and fired in large numbers, mid to high tier magic outpaces them in terms of raw damage.

Ammunition. Proper ammo that does not explode your firearm, malfunction, or is not improperly mixed can be rare or uncommon. Usually, all that a mage needs is some sort of energy source. As such, even if a mage disregards all the points above, they might stop using them due to lack of quality ammo.

Guns have not been invented yet.

Many fantasy settings are in an era guns have not been invented (yet). Take the world of Tolkien, or any setting based on a Tolkien world. Noone has access to guns, hence, magical users don't have access to them either.

Guns may not be reliable/good enough.

In our world, guns have existed for several hundreds of years. But it wasn't until relative recent that guns where reliable, accurate at longer distances, and could be used multiple times in rapid succession.

Guns can be detected.

Imagine a modern setting. Someone wants to hijack an airplane, and she has two options: smuggle a firearm through security, or use magic. The latter may be the best option.

Why they use medieval-style weapons? Because magicians get better effects by being personally involved in their weapons. Some go to the length of learning metalworking and fletching enough to make their own weapons, but all get advantages from using their own strength to use the weapon. Clearly, a magic-assisted arrow is superior to a gunshot, and a bullet that can be easily magically deflected is not as good as a sword that cuts through magic protections.

Or firing a shot and suddenly accelerating a magic projectile has something of a shock effect on the local magic field, disrupting the wizard's concentration, while something moving at muscle-powered speeds doesn't.

Possibly magic has some disruptive effects on gunpowder or weapons in general. A gun that fires accidentally is dangerous to the user (particularly if the round is in the magazine at the moment), but a sword or bow isn't able to go off by accident.

The Wizard Wars taught everyone why that isn't a good idea! Despite only lasting a few years, there was almost inconceivable amounts of global devastation. With the ingenuity and power of sorcerers behind weapons development programs, the war escalated extremely quickly, and before a truce was declared millions of people were killed and many cities (and even some small countries!) were wiped off the map.

In the aftermath of that global trauma, an international organization of sorcerers was established to ensure that magic would never again be used to create or improve implements of destruction. Medieval weapons such as swords are judged to not be deadly enough to fall under the United Sorcerers ban, unlike guns, bombs, and tanks.

No need to aim with a Fireball. Close only counts on horseshoes and fireballs.

Magic missiles might seek targets on their own. A patch of ice targeted below the incoming battalion is large enough to hit most of them.

Why bother to aim with a gun if your spells are like bazookas?

Casting spells is hard work, your mages will need to spend considerable time studying and training their skills until they can consider themselves a master on their eldritch arts.

Now, sure the mage could go down to the firing range and put some bullets on a target, but if they are serious about becoming a mage they wouldn't have the time and resources to get good with a gun.

Just think about how hard it would be to get a master's degree in some discipline while you train to become a sharpshooter.

In combat a mage will prefer to use their spells, simply becausse they don't have experience with guns. The mage know that if he tries to go guns blazing, he is more probable to end up shooting some ally or making a lot of noise and hit only the wall.

Ego. They just need to try out that new fancy spell. Except for that pesky Maximillian The Vaguely Disreputable (Mayer Allan Brenner, Dance of God's) who's likely to smack you with a handy frying pan as you just get into casting.

7
What are some reasons for mages to use guns as well as magic?

49
Why would people still use pump-action guns in the future?
78
What (modern) weapons could be used to destroy skeletal enemies as completely as possible?
14
Why would guns not work in the dungeon?
15
Muggle military tactics against mind-controlling wizards