This is about a fictional material that is meant to be very similar to steel, but very brittle (under regular conditions). This means it breaks under stress instead of being strained signficantly easier than regular medieval-technology steel. 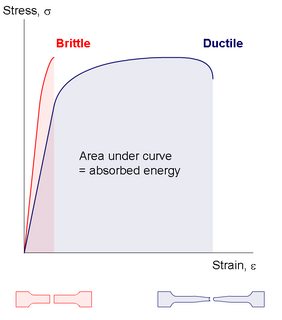 All properties of this material such as

are supposed to be identical or similar to medieval steel.
(Changes to certain properties are legitimate if required, but should be explicitely noted.)

Could this material be used to create splintering projectiles to increase harm to soft targets compared to traditional materials?

The issue I see is that an arrowhead from a brittle steel could easily splinter before entering a soft target and thus achieve significantly less than a normal steel arrowhead.

It is allowed - though not required - to incorporate materials from previous questions.

The most effective use I can think of for such a material would be to make barbed heads using the hard brittle metal to form a sharp point, still good for piercing armour. The point would protect long fragile barbs that point back along the shaft and break off in the wound to cause further bleeding and infection.

As a note, the modern equivalent is the frangible round and the biggest problem with them is that they routinely do break up under conditions that they're not supposed to, like when they're fired, or sometimes even when they're loaded.

Side note; this material would be good for assassin's blades since it would be very easy to engineer it to break off and break up in the victim making concealing the weapon after the fact much easier since it's just a hilt rather than a bloodied knife and making the wound much worse.

So too your arrows. If you can make cutting edges from your brittle steel, great. Alloy them or otherwise affix razor blades of your brittle steel to a less brittle metal or even wood - that will back them up and carry them where you want them to go.

I seem to recall reading about sword making techniques where the smith arranged that the carbon content of the metal that would become the blade was greater than that of the body of the sword, but I cannot find a link.

There is an existing real world precedent that seems to be very similar to what you're talking about and certainly has the desired effect:

These bullets are made of a very brittle metal designed to shatter on impact.
They are most commonly used in small game hunting for their ability to VERY quickley, efficiently (and I guess painlessly) kill small or medium game.

Frangible varmint bullets are designed to break up on impact (explode is the common, though slightly imprecise, term.) Soft lead cores, sintered metal cores and thin gilding metal jackets make these projectiles incapable of staying in once piece at high impact velocities. The idea is for them to disperse their kinetic energy radially in small targets where deep penetration is not only not needed, but counter productive.

Source (Which provides an excellent "breakdown"(ha!) of the application of frangible ammunition)

I personally can't vouch for the effectiveness of this in an arrow or bolt instead of a bullet, but apparently we're not the first people to consider this idea, as a quick google search reveals that frangible arrows have already been patented! 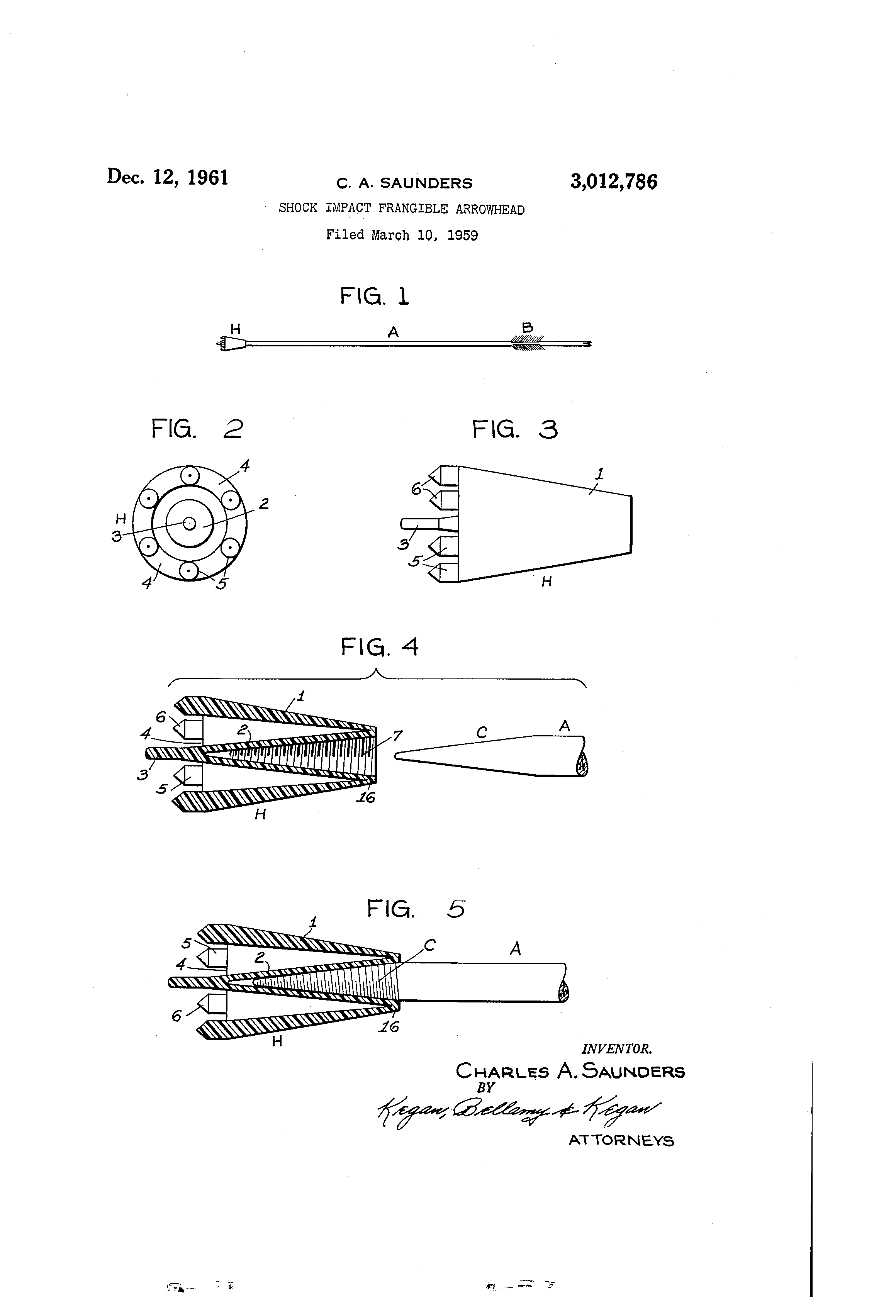 The key to such a frangible round is the design. Once the material is chosen (as you have), the shape of the round is key. In the case of modern firearms, the shape is more or less decided upon, but in the case of medieval arrowheads, there's more freedom.

I'd say the most important requirement for such a round is that it needs to break up in the target, but not under other high-stress environments like being launched. If you look at the time you have to accelerate an arrow with a bow, it is on the same order of magnitude of the forces decelerating it at the threat. This means your shape has to make these forces asymmetric. They need to make it so that pushing on the front yields different results than pushing on the back.

I would recommend an arrowhead which looks something like a fishing spear: 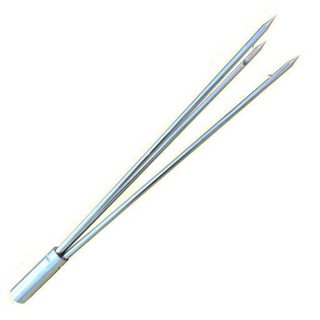 Fishing spears have long had multiple tips. It stabilizes the dynamics of the strike, making it easier to ensure the tips do actually strike the fish. What we need is slightly different, but the same design might work.

Consider if these 3 tips were designed to break off at the base. Put a weak point there to make sure they break at the intended place. Now, if you can hit the target with this, it'll break into three pieces. Now we have to figure out how to get it to the target. The forces will be similar in nature to the forces of the bow. There's a few things we could try:

In all cases, the big challenge will be economics. Designing an object to break apart under the precise correct conditions is more difficult than making something which is never intended to break apart. The engineering tolerances are going to be tighter on such rounds. Fortunately for this question, manufacturability is out of scope, so it looks like the answer is "yes, yes, you can."

Projectiles or blades which leave splinters in the victim are very nasty/effective things, this depends whether you are on the receiving end or not. However, I see some potential issues.

Durability While arrow heads, which break on impact can be quite devastating to the victim, you want to avoid breaking the brittle arrow heads during transport. Medieval roads are, if they exist, not the smooth ride we are accustomed to. Thus, you need to make sure that your splintering arrow heads do not break in-transit. The medieval way to store and transport arrows, was in barrels.

Durability II Another issue would be, not to over-do the brittle-ness. A brittle arrow head, which breaks upon impact on a bone ruins your day if you are hit by such an arrow while unprotected. But what about wearing a gambeson. Textile armor is very cheap, and technologically accessible. Even the poorest combatant can wear layers of clothes. Thus, your arrow heads need a certain degree of strength, so they do not shatter upon impact. If the arrow head splinters at first contact with clothing, your arrow may as well have been shot with no arrow head at all. A hit with a blunt arrow, can be nasty when unprotected, as shown by a medical professional with some pig carcasses; note: this source is in german, but the images are both graphic and informative.

And now some actual input:

In order to benefit from the very brittle material, I would suggest the following:

And now for something slightly different:

Arrows or other projectiles made from this material explode into a gas of sharp shards causing immense danger to the opponents' eyes. A blinded enemy is nearly as good as a dead enemy.

3
A giant steel rod hanging from moon with its other end in atmosphere
33
Solid material made from human blood
35
Weaponry made from extreme light-weight steel: swords and daggers
2
Heavy, immutable steel: armour design
13
Slow moving projectiles from a hand-held weapon - how do they reach the target?
5
Wingjaw Steel: Superior Armor and Weaponry?