In my world, zombies are quite common, and are considered a part of the wild life. Most of the usual flora and fauna are similar to those in IRL.

I have three key questions, but I'll put the other two on their own separate posts to prevent being too broad.

This post's question is:

Feel free to lend me constructive criticism, or letting me know about any spelling errors and such that I make.

For every infection we have an initial uncontrolled spreading of the infective agent, until some individuals with the right antibodies are found, and the infection is contained.

This can very well be the case for your zombies: some individuals have immunity against the zombovirus, and can keep the infection under control, while just a few are effectively zombified (you need your zombies to be generated, don't you?).

You may want to have a system where some individuals are fully asymptomatic, some are wildly zombified and some are latent zombies, meaning that until their death they do not show symptoms, but then they awake.

Model your zombies on other introduced, invasive, poisonous species. The cane toad would be a fine model for zombies. 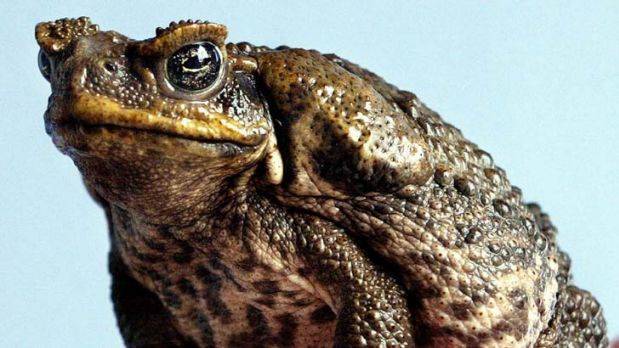 The long-term effects of toads on the Australian environment are difficult to determine, however some effects include "the depletion of native species that die eating cane toads; the poisoning of pets and humans; depletion of native fauna preyed on by cane toads; and reduced prey populations for native insectivores, such as skinks."

So your zombies: these are parasitized biological creatures of some sort, not the purely fantastic Walking Dead version that live indefinitely and do not eat or drink. You will need to figure out what your zombies eat. Whatever else eats that will have less of it. You need to figure out what might think zombies are food. These things might become zombies themselves if they try to eat zombie.

Finally you will need to think of ways that environmental organisms might evolve to capitalize on the food resource represented by zombies. Diseases, for example - the end run around the immune system produced by the zombie fungus might be exploited by other fungal pathogens that just want to eat rotten meat. Or predators that can deal with zombies - I have read of crocodiles that eat cane toads by first vigorously washing the dead toads and so clearing off the poison.

Many species don't need to immune to the zombie infection itself, they just need keen senses, an enlightened sense of self-preservation, and to be slightly faster than the zombies chasing them, or able to eliminate zombies chasing them without risking infection. Most birds fall into this category, horses and many other large grazing animals do as well; the problem really is with predators, they don't run as a first response to threats and their weapons expose them to more body fluid than is useful.

Immunity to a virus or bacterium that is adapted to target humans is a given for a great number of species due to the vast differences in body chemistry, one of the interesting things about Max Brook's Solanum Virus is that it makes infected flesh toxic and kills everything it touches but only turns humans into undead horrors. Fungi are a bit different, their targets can be very specialised or very broad so immunity can be harder to justify.

That's pretty much a given, you just have to think about which category a given species falls into and you can justify any species you need to as any of:

First of all: There are so clarifications that would make this easier like what exactly are the properties of your zombies? For how long have zombies have been around? However I can take a stab at this..

Well the biggest problem I see is that zombies are "reanimated" humans and that comes with a set of problems. Zombies wouldn't be around for very long! The process of putrefaction will happen to zombies! With some handwaverism you can explain that away with " the process of reanimation kills bacteria and the like in the corpse. That would be the criticism...

As to the wildlife! We already have corps-eating animals. Wolves and vultures generally have an immunity to the disease that plague dead creatures.

the pH scale goes from 0 to 14, with 0 representing a highly acidic substance, 7 representing a neutral one and 14 representing a highly alkaline one. While the pH of human stomach juice can vary quite dramatically depending on what you’ve eaten, it tends to stay between 1 and 3. The stomach acid of a turkey vulture (one of the hardiest members of the vulture family), on the other hand, has a pH of almost 0. Just to highlight how ridiculous this is, the pH scale is logarithmic, which means: “Each whole pH value below 7 is ten times more acidic than the next higher value.”

In other words, in the extreme a turkey vulture’s stomach acid could technically be almost 1000 times more acidic than yours at a given instance. In fact, it’s so acidic that it can dissolve many metals. For further reference, battery acid has a pH of about 0.8.

I think that some animals would not be infected by eating them given the info above. So they are a food source! They would be force into the food chain however they are not on top!

The Advantage we humans have is our organization (and throwing things) and zombies lost just that! A pack of wolfs would decimate a group of zombies! Given some time wolves would come with strategies, much like dogs herding sheep.

And birds!?!?! Well a group of zombies is basically a feast for crows....

Zombies aren't that much of a threat for the wildlife! Cities is where they are dangerous in the wild....not so much!

L. Dutch has it exactly right in terms of immunity. The alternative is just natural avoidance.

Every animal has a pretty healthy self-preservation instinct, and this especially gives it caution around unknowns. Even alpha-predators like bears or wolves, with no natural predators to worry about, will run away from a loud or unknown noise. It's pretty reasonable to assume wildlife would be wary of zombies from the get-go.

Assuming these are the classic, shambling zombies, they wouldn't be much of a threat to healthy animals, since they can only move at a walking speed. Instead, they would just become a new scavenger in the ecosystem, targeting sick and old animals that would have died anyway. They are essentially worse versions of hyenas.

One way to conceptualize this would be to just consider zombification as a final life-cycle of animals. Every creature is born, goes through childhood, adulthood, infirmity, being a zombie, and then non-existence.

A) Predators and parazites feeding on zombies Altough your zombies are not walking corpses, they are probably weaker than the healthy specimen of their species

B) Evolutionary pressure on the Z pathogen to become less deadly. For the reasons aforementioned, the harder the Zombification is, the more likely that the new Zombie dies before it could procreate or infect others. So I imagine that in a sort time many new Z strains would emerge that give up on fully controlling thier hosts. One could devolve into a simple STI, becoming chronic in the genitals, but allowing the host to mate with non-Zombies. Another could allow predators to function normally, not destroying their brain, but camping close to it (say in the nasal cavities). This would only activate itself when the host catches prey, and in one tenth- of the cases, stun the host to allow the infected prey to escape.

C) Competition between rival Z variants. As the non- zombie population decreases in the wake of the first epidemic, most of the newly biten hosts would be already infected. Traditional zombies usually ignore their fellows, but realistically some Z strains would start concentrating on catching Zombies of other variants, and either eating or infecting them ( trying to wrestle control from the initial invader)

Not the answer you're looking for? Browse other questions tagged science-based biology science-fiction zombies or ask your own question.

27
How to import zombies into America?
11
Zombies, attrition warfare
2
Zombies, and true time limit
11
How strong can zombies really be?
2
How could I fit two hearts in one body?