Is fusion a viable power source for a bio-mechanical entity?

My alien civilization is entering the space age, and have reached the point where they will be sending ships hundreds of light-years away. Instead of generation ships, my civilization is building bio-mechanical entities in their image, which will survive the long distance they need to travel to get to a habitable planet.

The biological parts are sustained with exact chemical compounds provided specialized machines, put I was thinking of making one of their internal organs a miniature fusion reactor. It would need to be able to power a mechanical body and a very advanced computer brain, as well as being able to provide power for hundreds of years. Considering this civilization's advanced nuclear capabilities, this seems like the most viable option. Am I overlooking anything? Would a fusion reactor work inside an android?

However, there is a hypothetical design for a fusion reactor which could meet these requirements: Non-Statistical Fusion Reactions In Atomic Scale Accelerators

The idea can be visualized by imagining a sheet of material with parallel grooves cut in the surface. Small ball bearings would roll down (or be shot down) the grooves from either end to collide in the centre. Now scale that down so the "ball bearings" are deuterium ions individually shot down the grooves to collide and undergo fusion reactions (with the tracks correspondingly small). 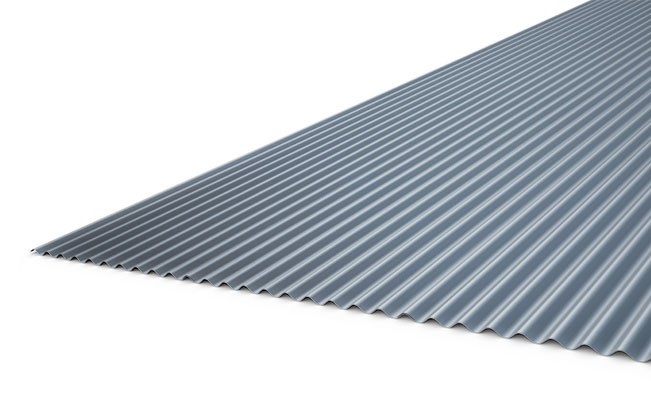 Do this at atomic scale

Using D+D reactions still has the issue of radioactivity from neutron emission, and the device itself will likely be both extremely hot and extremely radioactive in use. Refining the process to use p+Be reactions for aneutronic fusion may be possible, but since the reaction is much more difficult to carry out, a D+D machine is likely the first generation possible.

Current Fusion reactors are really difficult to operate, and generate so much radioactivity that the reactor walls degrade. Our own deep-space probes (Voyagers) use this radioisotope thermoelectric generators.

If you want your reactor to function for years (or centuries), you want to make it as simple as possible.

On the other hand, maybe your aliens feed off radiation, and generate the pressures and temperatures necessary for fusion reaction within their bodies. Although this would be more plausible for creatures living on the surface of a star than a planet. :)

TL; DR: I have left the most interesting and exotic way of getting energy at the end and the most plausive at before the last.

At the moment, scientific has already made some fusion reactors, the problem is that currently, they consume more energy to work than the produced by them, in addition, that they are very expensive and dangerous.

In order to fuse atoms, you need a high pressure or temperature, and any of both things can't be made in such a tiny space as an organ. Maybe with future technology, it will be able to reach the necessary pressure or temperature but I would be something so difficult (for the tiny space) that wouldn't be able to fuse many atoms per second, not very useful. Furthermore, fusion use to produce high energy particles like gamma rays, which are not exactly healthy for living organism nor some technologies.

You need something that doesn't need so extremes environments in order to be much smaller.

But you don't need to make exactly a fusion reactor, you could use other techniques like a cold fusion reactor to produce energy at room temperature.

Sadly, cold fusion is quite close to sci-fi technology than the real one, so there aren't many ideas of how to do it.

Luckily, there is something called muon-catalyzed fusion:

The biggest problem to fuse atoms is the "electromagnetic force field" that they have. The electrons cloud doesn't let two atoms be very close because both clouds are negatively charged, repelling themselves.

If you strip an atom from its electron cloud, it still has their positive charge from proton to repel them, but when atoms get enough close to be repelled by the electromagnetism, nuclear force gains priority and pulls from the gluons of both atoms in order to combine them.

If we were able to find a much cheaper and easier way to find muons and "inject" them into atoms we would be able to make fusion at room temperature. That is because of muons which are a different kind of electrons, much heavier than normal ones (207 times more heaver). Because of their mass, they are much closer to the nuclei of an atom, so it's easier to get close two atoms enough in order to combine them using the strong force. We just need a way to replace normal electrons with muon versions.

Here it's explained the process.

Not actually a fusion reactor but it's the first time I've read about it so I wanted to mention. It's a special kind of fission reaction which doesn't high excited particles like neutrons or gamma rays, in order words, it's really safe (alpha particles are stopped by the skin, and beta particles by a thin layer of aluminium).

Also not actually a fusion reactor but still a worthy mention is the use of an RTG:

A Radioisotope Thermoelectric Generator (RTG, RITEG) is an electrical generator that uses an array of thermocouples to convert the heat released by the decay of a suitable radioactive material into electricity by the Seebeck effect. This generator has no moving parts. Emphasis mine

That is great, it use decaying sustances (like uranium) and produce a constant flow of energy without maintenance (just more fuel). It isn't explosive, it doesn't need much cooling, it's perfect!

RTGs have been used as power sources in satellites, space probes, and unmanned remote facilities [...]. RTGs are usually the most desirable power source for unmaintained situations that need a few hundred watts (or less) of power for durations too long for fuel cells, batteries, or generators to provide economically, and in places where solar cells are not practical. Safe use of RTGs requires containment of the radioisotopes long after the productive life of the unit.

Literally, it turns the heat of the substance decay into electricity.

Basically, this device produces energy when it receives beta radiation. I'll transcribe a part of my most upvoted answer (I always wanted to say that!):
Diamond batteries are able to produce a low flow of constant energy for thousands of years. Sadly, over time the radioactive material start losing its power and the battery decrease it voltage over time (a bit similar to RTG). I'll quote two paragraph of here:

These radioactive diamond batteries would have a very specific purpose – low power and extremely long life. A standard twenty-gram non-rechargeable AA battery stores about 13,000 Joules and will run out of power in about 24 hours of continuous operation. One diamond with one gram of carbon-14 would produce 15 Joules per day, much less than an AA battery. But the power output of the diamond battery is continuous and doesn’t stop. The radioactive diamond battery would still be putting out 50% power after 5,730 years, which is one half-life of carbon-14 or about as long as human civilization has existed. During this time, the diamond battery would have produced over 20 million Joules. And would produce another 10 million during the next 5,730 years.

Also, you can see this five minutes video.

With enought technology, that could be very useful and luxurious!

There are some interesting responses here, but I feel I can shed more light on the radiation hazard for fusion reactions.

In the ruins of Chernobyl, close to the corium, there is now an abundance of radiotrophic life. That is, fungi and lichens that feed entirely on ambient radiation. While the levels of radiation in that area would kill any one of us within a few hours, the melanin-containing fungi are now completely dependent on it. (In its absence, they starve to death.)

So, radiation itself, given an evolution-level timeline, isn't necessarily going to kill off the organic part of your biomechanoid; given that you prepare for it on the organic end. Even humanity has a budget against radioactivity; in any given individual adult, anywhere around the world, you'll find an average of around 60 mg of uranium (not weapons grade, but still). We didn't put it there; it didn't start showing up with the atomic bomb or anything like that; it's just ambient; and yes, it is still dangerous; but our cells commit apoptosis on detection of the kind of mutations it can cause (usually) and the body expects to sacrifice a certain minimal number per unit time.

That said, let's look at the radiation likely to be put out by a stable fusion reactor. It's worth noting that all stable fusion reactors in existence to date still only run for a number of milliseconds, as the disruptive (and potentially reactor-destroying) phenomenon of a "major disruption" from runaway electrons is a frequent occurrence. Thus, it doesn't make much sense to look at their radioactive output; and you're going to have to use some kind of handwavium here. Or, you know, find a way to commit stable energy production with a real-world fusion reactor; but whatever.

Tokamaks aren't the only method of generating fusion that we know of, though; laser-induced fusion is always a possibility, and moreover, particularly for the size you're looking at, bubble fusion, also more accurately known as sonofusion. The history of sonofusion is rife with fraud and falsifications, but the core science to it is sound enough. The idea is that fusion can occur during the collapse of very large gas bubbles, which have been formed with acoustic waves. The potential is definitely there, though we're having the damnedest time finding verifiable evidence of it happening. Note that this is effectively the release of fusion energy from fizzing water; it doesn't reach an unmanageable temperature, though it does require some energy to induce it (and don't ask me how much energy, we're not even sure we've managed it yet, so I wouldn't know). I could see something organ-sized producing this.

Tokamaks are larger than a barn, hazardous to local machinery, drain boatloads of power to induce the reaction, and are unlikely for any but the largest conceivable life forms.

So, there you have it; you'll need a slow-burn fusion reactor that can be minimized in size, like a sonofusion reactor, and organic components that have adapted to its continual waste-energy output as radiation; then, maybe you could power your life form with fusion.

Not the answer you're looking for? Browse other questions tagged reality-check science-fiction fusion or ask your own question.

16
How to harness electricity from crystals?

4
Fission vs. fusion as a heavily-restricted sci-fi power source
56
Would a fighter pilot with an invincible space ship be able to conquer the galaxy?
4
How to retrieve cultural artifacts from a world under siege?
2
Could a 'Bartertown'- type power source work?
7
Practicality Of Orbital Fusion Reactors for Power
6
Could a split cycle intercooled flamelicker have been a viable power source?
0
Can someone with a better understanding of physics review or correct my design of a hypothetical fusion reactor for space vessels?
0
Are Orbital Rings feasible to construct in another star system?