In a tundra, what material would be available to build houses, castles, etc? 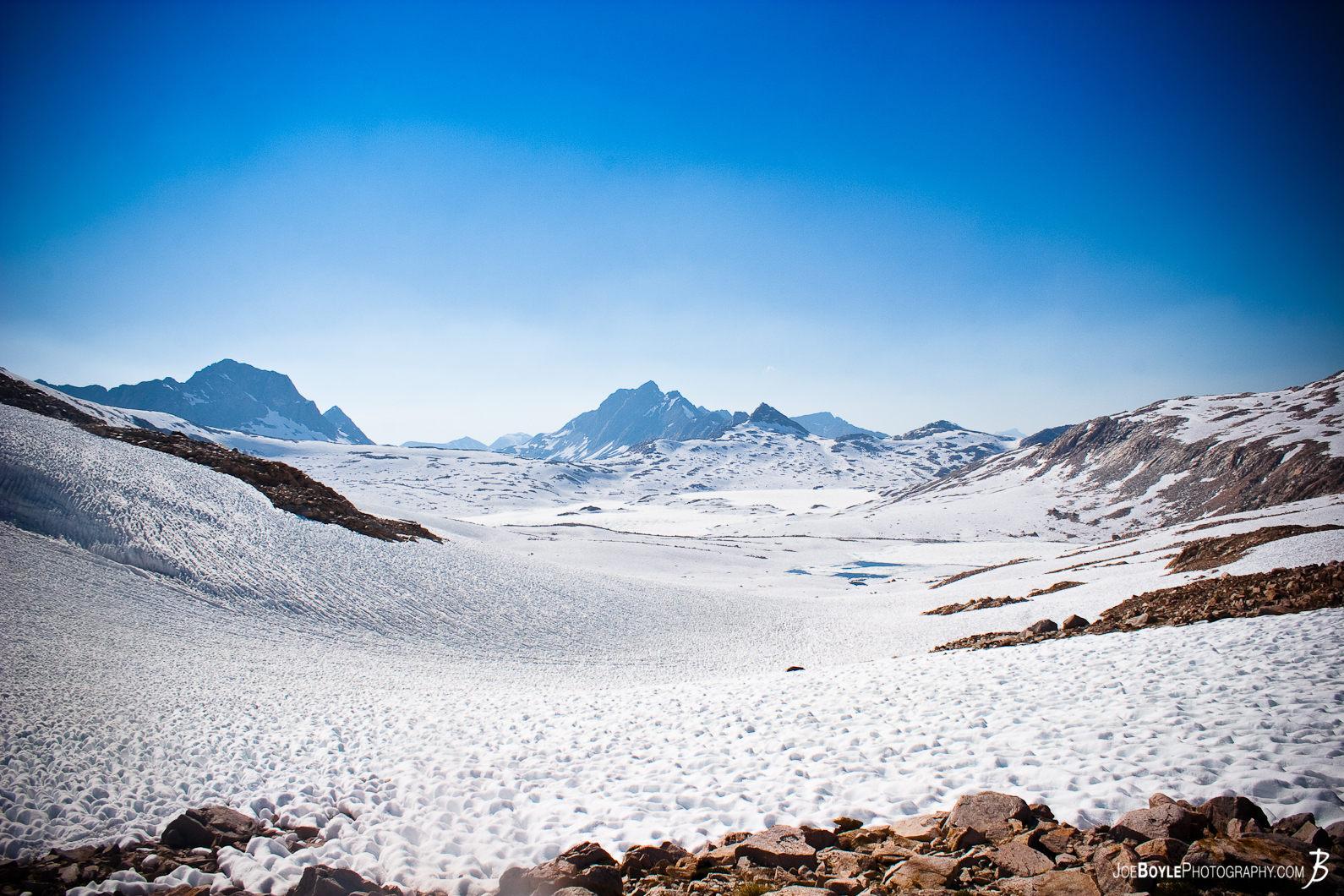 I’m writing a story in which the setting is a vast tundra. I had in mind a medieval-like lifestyle, with a few certain changes. But I’m not sure what resources could be used to create a housing in a tundra— especially an entire village.

You can construct shelters out of ice and snow. For large buildings you'll want to use blocks of ice packed with snow. You are probably thinking of several obvious reasons why this won't work very well. Let's look at each of these concerns and see if we can't assuage them.

Won't they be cold?

Cold is a... relative term. If it's -20 degrees Celsius outside then an igloo at 0 degrees Celsius will feel downright cozy. These people live in the tundra so they will be used to withstanding freezing temperatures and will clothe themselves appropriately. They just need shelter from the worst of the low temperatures and storms. Snow actually works as a remarkably effective insulator due to the large amount of air trapped inside of it so properly constructed snow packed buildings can actually be quite comfortable. Sleeping inside an igloo your own body heat can raise the interior to well above freezing.

The magnitude of this concern will depend on how warm it gets on this tundra. If temperatures never or only briefly go above freezing then this isn't a concern at all. However, if you do have a long, warm summer then your structures will need to be rebuilt or repaired with each winter. This isn't as big a problem as it might seem at first. For one, your building supplies are free. Snow quite literally falls from the sky and nearby bodies of water turn into ice. Also, it can take ice in particular quite a long time to melt. Large ice sculptures and creations can last for years before fully melting. A few weeks out of the year maintaining your dwelling isn't unreasonable even for those living in more typical houses.

Edited addendum: Let's try to do a rough calculation for how long a well packed house made of snow and ice could survive in the tundra's summer. I'm stealing a calculation from our comrades over in physics. It calculates the time it takes snow to melt via heating by the sun. This doesn't take into account heating by the air, but the air doesn't get too far above freezing even in the summer.

Here $\Delta t$ is the time it takes the snow to melt. $L$ is the latent heat of fusion 334 kJ/kg. $\rho$ is the density of the snow. We will use 750 kg/m$^3$ to represent packed snow. $I$ is the solar irradiance. We will use a high value for northern latitudes of 350 W/m$^2$. $A$ is the albedo of snow, the percentage of light reflected by the snow. We will assume clean white snow with an albedo of 0.9 or 90%. $S$ is the surface area of our snow and $V$ is the volume. Let's make things simple and do our calculations for a 1 m$^2$ patch of our building that is also 1 m thick giving a volume of 1 m$^3$. Plugging in all of our numbers we get a value of ~100 days of full sunlight required to melt a meter thick layer of packed snow. This means all we have to do to preserve our ice structures over the summer is pack them in several feet of snow. Snow is a fantastic insulator and the ice will only begin to melt after the snow is gone.

How big can you build though?

Using blocks of ice cut from a river or lake and gluing them together with water you can construct large structures, even things that might pass as castles. There are many examples through history of palaces, villages, hotels, and more being constructed with ice. While today these are created with power tools large ice structures date back to at least the 18th century. You could certainly build defensive walls and battlements and probably large halls with the knowledge learned over generations of doing so.

One of the tundra main feature is the lack of trees, with the only vegetation being moss and lichens.

The ground is frozen most of the year, therefore even harvesting stones can be problematic.

For solving the building problem, look at what human populations, like the Sami, living in the tundra used.

You will see that they mostly used skins as outer layer for their movable tents, and this is also helpful if you consider that a nomadic life is to be preferred in a tundra environment, to prevent a quick depletion of the scarce local resources. 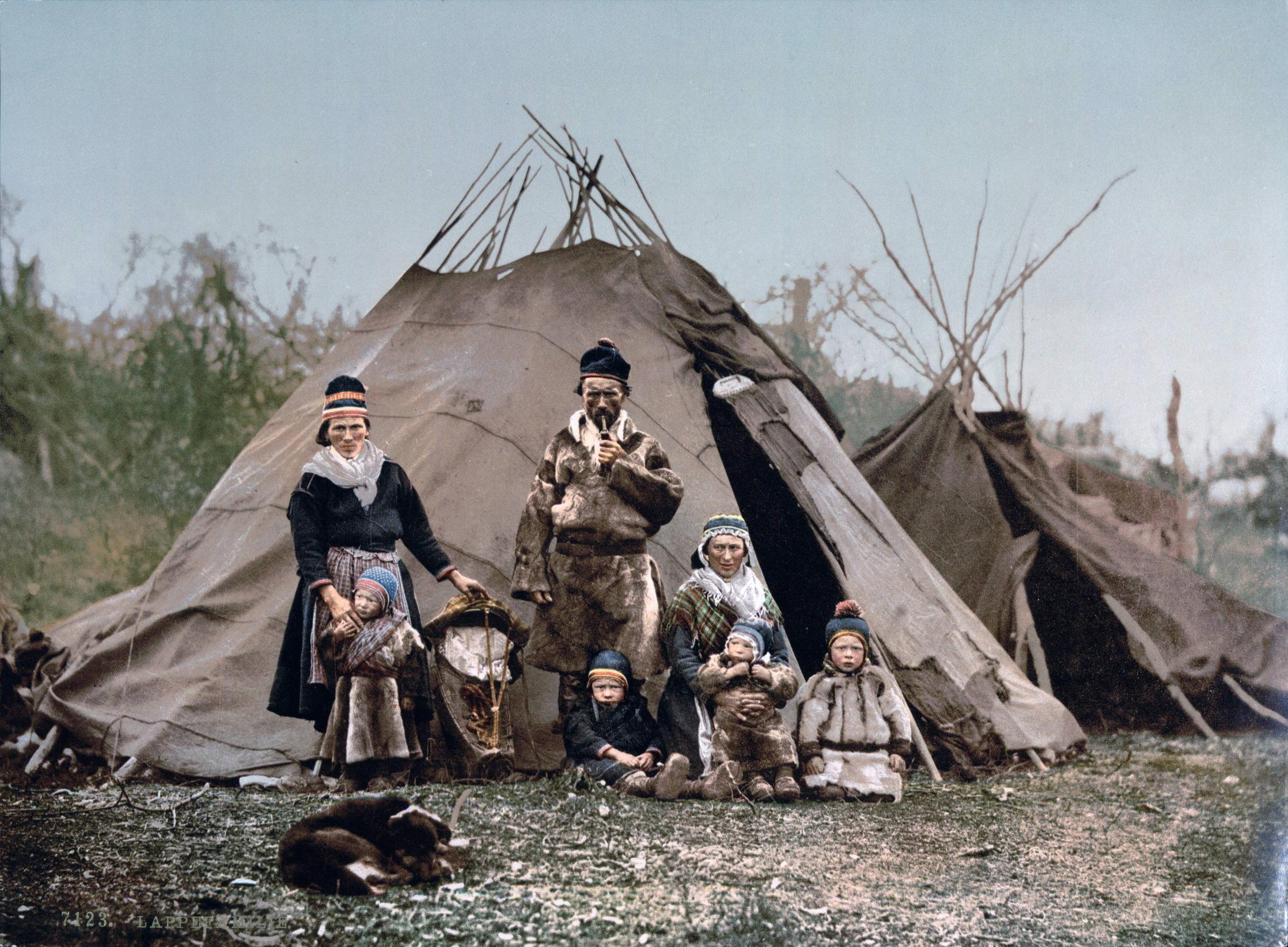 The consequence is that you can have a settlement with the equivalent of houses, arranged together to resemble a small village, but not castles.

If you're lucky there's lime available - either limestone, bone, or shell - so you can make mortar, although it'll cost in fuel, which is scarce. You can dry stack amazing shelters though. Just look at the sophistication of something like the settlement of Skara Brae or the monastery complex on Skellag Michael. Both were constructed without any mortar and sheltered people from some of the worst weather on earth. You can also build fortifications in dry stone such as the Brochs built in Scotland in the Iron Age.

Alternatively you could build in earth, sod, Cob or possibly even pisé would work and since the tundra gets very little actual rainfall they'd last extremely well even with only minimum maintenance. Pisé, or rammed earth, has a long history as a building material for fortifications. There are forts and watch towers build from it on every continent, except Antarctica. The best example I can think of is in Spain at the Moorish fortress/palace of the Alhambra near Granada. It covers 35 acres and has stood, at least in part, since the 9th Century AD.

Alternate idea that just occurred to me is that you could use something like Grime's Graves for houses. The "Graves" are in fact old mining pits, they don't make a very appealing home in the mild damp climate of England but in a dry cold climate like the tundra being out of the wind is the primary consideration for preserving warmth. To that end being below ground level can be an extremely effective measure, a pit with a ring of spoil from the mining effort would make quite an effective shelter.

Without a doubt, sand, gravel, pebble and rock are the essential building material. Would like to share An energy efficient building for the Arctic climate by Petra Vladykova, PhD Thesis Department of Civil Engineering 2011

You can get sand, gravel, and pebbles out of the permafrost if you don't mind dealing with the ice. So if you import cement you can make concrete.

It would make sense to me to build underground to avoid the wind, except that you can't help but melt water and there's no place for it to go. So arrange some place for meltwater to go, and then you can have the advantages of building underground.

It would be a weird world that was mostly tundra. But if there's someplace warmer, why not live there? So OK, you have a brief growing season which you need to be very productive because it will feed the whole population the reset of the year. Medieval planting and harvesting will presumably be the busiest times. Then they have the rest of the year to do whatever else they do. Big drafty castles don't look like they're in the cards. You could have underground castles except instead of needing a big cistern in case the besieging enemy cuts off your water supply, you need a way to keep them from flooding you out if they attack during the warm time. And if superior numbers of enemies besiege you just before harvest, then they can eat your crops from the fields while they dig their canals to flood you. I'm not clear how to stop that.

Presumably it won't be giant population densities. Will they have metal for weapons and armor and digging tools? In a large area they could find ore somewhere. Maybe they could find something like coal. The places that have strategic resources would be tremendously important. Places that can trade coal with everywhere else will be wealthy. What would people trade them, people who have only tundra and permafrost? One possibility -- send them surplus people, who can work at mining or whatever. The surplus people will need more food than a city can grow, so they'll need food too.

I'm sure you could tell a fascinating story about a place like that.

Not the answer you're looking for? Browse other questions tagged humans construction natural-resources or ask your own question.

22
How can magic and the economy reliably stand together?
7
What would a village built out of human remains look like?
15
Which Natural Resources Go Where? (Medieval Fantasy Setting)
2
What economic effects would magically-enforced isolation have on the Victorian age British Empire?
7
How to calculate a village's population size
9
What materials could create a translucent tower?
5
What are the advantages and disadvantages posed by the structure of an anti-nuclear hemispherical housing installation?