Weapons out of grass and roots practical for tiny humans to hunt beetles?

In a world I'm creating, a group of humans from Stone-age earth have been shrunk to 2 centimeters tall and are now stranded in another Earth-like world similar to our own, but without vertebrates. Arthropods and plants are now the main domination of this world. The insects, however, are very similar to our own, but just appear a lot larger than a normal person. As for the square-cube side effects concerning on the humans, it's all handwaved. Other than that, they gotta be careful of fire and heat due to its high radiation.

The problem with these humans is that the place they were transported to is nothing but miles of tall grass blades and hills. After a day of exploring this strange environment, they encountered holes that contain nests of bumblebees and yellowjackets. They also found many different diverse species of beetles, some reaching 10 cm long.

The humans are considering taking down these large beasts for their exoskeletons and for food since there are no signs of trees or wood to come around. The gatherers considered gathering blades of grass and roots, tying them up to sturdy materials to take down the giants, just like their Recebr Ancestors did on the mammoths back in the ice age.

So are grass blades and roots strong enough for these tiny humans to be viable as materials to construct blades and maces to chop the legs and pierce the exoskeleton of these beetles? Or would there be alternate methods in this great plains like environment for the humans to use to take out these beetles?

As for the type of grass, it doesn't matter too much on the kind of grass used, just as long as this grass is well suited to a great plains environment.

Immobilize your prey with bolas from a distance. The bola cords can be made from braided grass fibers. 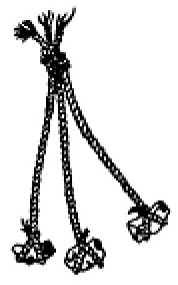 Then pierce the carapace safely far from those jaws using sharpened tools made from the shell of the last unlucky beetle to cross your path.

In Australia there is a grass with Silica. Sharp enough to cut

Sure they can Hunter gatherer humans did something similar for thousands of years, sure you cannot "stab" with the leaf but with the root its plausible, for the biggest insects you could lay traps, there hundreds of designs and thousands of ways of placing them, for example gravity traps 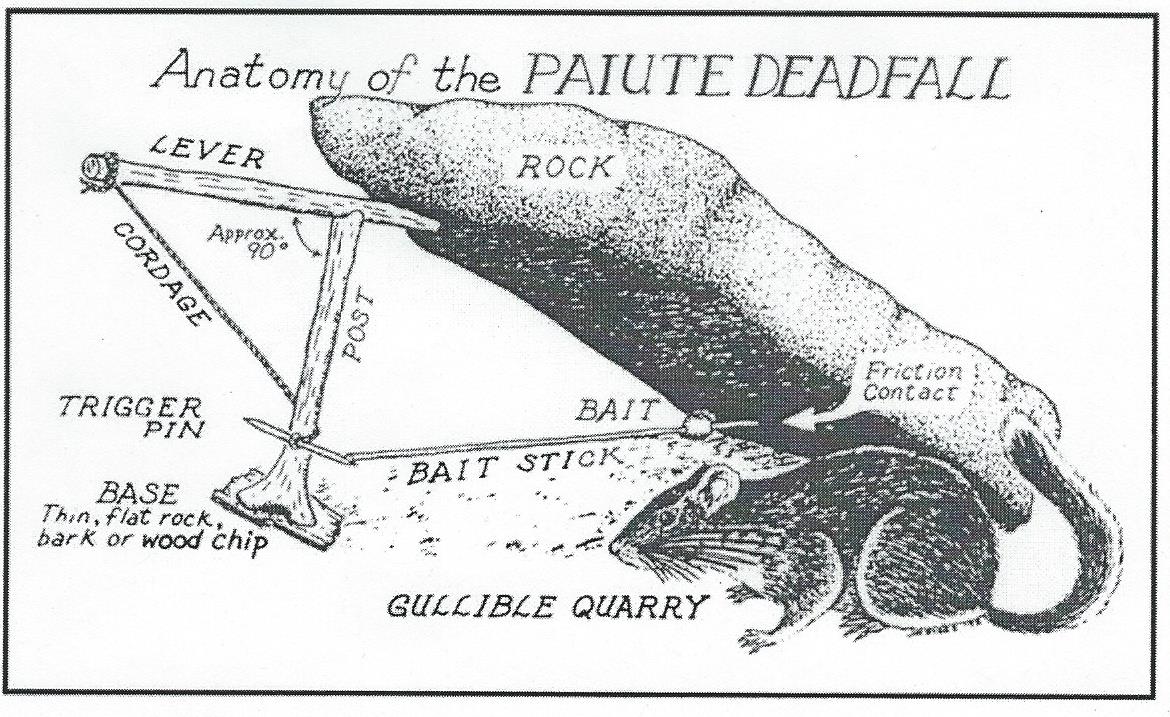 In the real world, insects are constantly moving through and brushing past grasses and roots all the time, and never seem to have a problem with it. This means that your tribe will need to either harden the plant material or sharpen it.

Sharpening the grasses will be difficult as they can already be quite sharp. You might have better luck with root or bark material, but those woods are quite soft and do not have very strong internal structures like the aged heartwood that we're accustomed to making weapons out of. Additionally, any sharpened materials will still struggle to penetrate the smooth, hard exoskeleton of the insects - plate mail was effective in the middle ages for precisely this reason.

Hardening the material is also not very viable. I'm not even sure what "hardening" a grass would be, but you can flame-harden wood to make it more usable. Not sure how well this works with root material, but it'd be a thing to try if you've got no other options.

Fire works if you can set a trap.

The real problem will be leverage. A 2cm human won't be able to swing a weapon with any real force since the impact of the weapon will likely take the small human off their feet.

Weapons that will work will be stabbing or drilling weapons to aim for weak spots. Setting the spear's butts in the ground won't really help either because the insects don't generally weigh enough to force the spear point through their armor. Set a beetle on the point of an upturned thumbtack and the beetle's only real issue is how to get down. It's weight will not be enough to stab itself on even a metal point.

Bolos and traps have been mentioned above. Those are the best bet. Form ropes out of the plant/grass fibers. Affix the ropes to something relatively solid and then try to capture two or more of the back legs of the larger insects. The more legs you can trap the better. Then you can drill and saw through the joints of the armor. Note that no one that size will be able to hold even a 2cm insect and will instead get dragged across the terrain. The lines need to be fixed.

Also remember that insects are pretty primitive biologically. It takes a long time for them to die from fatal wounds. So they can still be dangerous for quite some time after they are "dead." The capturing and disabling of the legs is going to be the primary concern.

Yes, there are many non-woody plants that are strong enough to be used as weapons against tiny critters like bugs. Take anything we say with a grain of salt since you specified that you want stone-age humans. Just toss out any ideas which you don't think feel "stone-agey" enough.

To answer your question very directly, some grasses are very strong and are even mistaken for being woody or for being trees. For example, bamboo is not a tree, though some people mistake it for being a tree; rather, bamboo is a grass. That by itself mostly answers your question: bamboo spears.

There are plenty of other non-wood plants that can be tough enough for the job, though some of them would need to be used a large scale akin to a massive battering ram for your tiny humans.

In addition to bamboo spears and battering rams, the humans could make ropes out of the plants to create lassoes, nets, snares, and other rope-based weapons and traps.

Back to the stone age

With enough preparation, the humans can use ropes to raise rocks.

Raised rocks can be used as traps. They are set with trigger lines which, when bumped, cause the rock to smash down and crush the bugs.

Raised rocks can be dropped onto other rocks to cause huge rock flakes to break away. This actually is literally what a large part of the real stone age was all about, so this fits perfectly with your setting.

Using large raised rocks with ropes would get them large, sharp stone pieces, but they don't even have to do that - they could just smash pebbles together by hand, which would be large rock size relative to them, and that would make reasonably sized weapon points.

However they do it, and whatever the size weapon points they make, cracked stones and stone flakes were used as knives, axes, saws, spear points, and more. Your humans could make all of these, and they would be right at home.

Not the answer you're looking for? Browse other questions tagged tools insects .

18
What material would ant-sized humans use to make armour?
5
Material for weapons and tools in a magnetic field