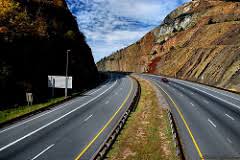 Not the answer you're looking for? Browse other questions tagged archaeology .

8
What is the best practice for (alien) archaeology?
6
Humans get knocked back into the stone age; would archeologists from 10,000 years in the future be able to tell that we existed?
38
In a cemetery, what evidence could be found that humans were intelligent and had technology?
10
How Long Would Artifacts Last Under the Moon's Surface?
12
Why haven’t scientists found evidence of humans interbreeding with aliens?
10
What sort of texts would survive in a sunken ruin?