Radiation shielding for a space ship

Space is full of radiation. When doing long stays in space, no matter whether it's a generation ship on its journey to a new colony, a research ship exploring new worlds, a freighter delivering goods, or simply a space station outside the protective magnetic field of earth or another planet, the people on the ship or station need to be protected from that radiation. As far as it is a space ship, the shielding should also not increase fuel consumption too much (this should be less of an issue for a space station, obviously).

So, what would be the best strategies to shield your space constructs (and especially the people inside) from radiation?

There are two primary methods. Mass or magnetics. To pick one over the other may depend on where the ship is going, interplanetary or interstellar, but a mix is best. There is a good discussion on the Space SE.

This is the easiest method (or at least the most intuitive). Just put a bunch of stuff around you to shield from radiation. One interesting implementation is to surround the ship with water ice. This doubles as water storage and radiation protection. Water actually shields quite well, and is only slightly less effective by mass than lead. Packed soil works too, so the inside of the ship could be farms that also shield from radiation. 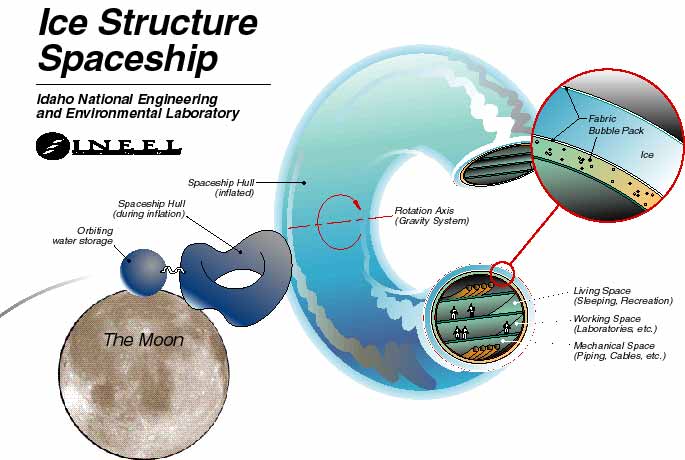 This is familiar because the Earth has magnetic shielding that protects us from radiation (though the mass of the atmosphere does a whole lot too). 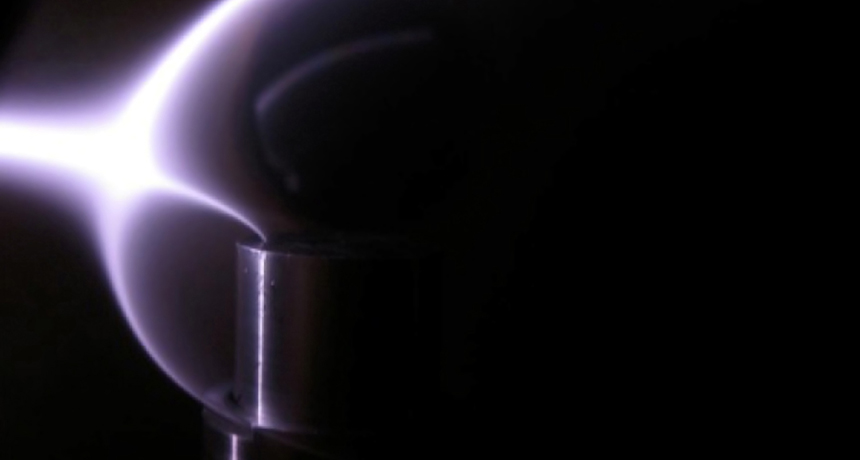 The image above demonstrates a magnetic shield example given by Science News. The problem with magnetic shields is they do not protect against charge neutral particles. However, they can get a nice reach compared to a mass shield. Thus they can be used to guide charged particles into a collector (away from humans) or at least away from areas of weaker mass shielding. They also weigh a whole lot less, which is important when considering the launch of all this material into space.

The best solution uses both mass and magnetics for protection from radiation. This is what the Earth does for us and the Earth's protection is exactly what you're trying to replicate. If this is a colony ship, put farms and water storage around the inside edge of outer hull of the ship (mainly in the direction of travel). If it's interplanetary then a lighter mass shield (oriented at the Sun) and strong magnetic shield might be enough.

As with any design, the engineers will need to weigh the probability of a collision, consequence of that collision (or collision rate), the shielding required to protect against various collisions, and the costs associated with that shielding (energy to launch and move the mass, decreased maneuverability with increased mass, energy to generate/shape magnetic fields, etc).

Not the answer you're looking for? Browse other questions tagged space-constructs .

18
How to Mimimize Air Loss in Space-Based Cities?
1
Dangers of radiation to space stations around flare stars

21
That's no moon! It's a space station! How big can a space ship be before it collapses on itself?
5
Metal foam for space constructs
9
What evolutional adaptations would animals develop in microgravity?
18
Would Space Voids be good building for massive space stations?
10
How to design a zero-g nuclear reactor?
0
Gateway guardian stations
5
Anti Personel Radiation Incendary Long Fallout Orbital Onset Laser Sattelite
9
Are fly wheels a valid means of energy storage for powering a large space station?
3
Space station design for long-term safety and durability
3
Why does my arcology let light in, when it was originally a sleeper ship