Would an earlier HIV pandemic be a realistic, plausible historical apocalypse scenario?

The most recent common ancestor of the HIV-1 M group, responsible for the HIV pandemic, dates back to the Belgian Congo city of Léopoldville (modern Kinshasa), circa 1910. And the genetic history of the virus indicates that there have been several separate "jumps" of the virus from the simian version, SIV, dating back to possibly as far back as 1884, though evidence suggests that the true date is somewhere between 1908 and 1924. Bearing this in mind, I'd argue that we're definitely far closer to the best case scenario than the worse case scenario when it comes to HIV.

So, let's imagine this- instead of spreading from Kinshasa and being transmitted outside of West-Central Africa for the first time in 1952, as in our timeline, let's say that in a different timeline, a sexually prolific European picks up the virus from frequenting a brothel in Leopoldville in the early 1910s, then travels back to Europe to fight in WW1 on the Western Front, carrying it back to the military brothels there.

In our timeline, an estimated 20-30% of the entire population of Europe (including civilians) had been infected with syphilis by the end of WW1, with the STD transmitted to the population via these brothels and those who frequented them- a similar or even greater percentage of the population (once we add unsterile injections by medics and doctors to the mix, along with blood transmission), as much as a third of the total population, could have easily contracted HIV if it had spread from this timeline's 'patient zero' across Europe during WW1. And with anti retro-viral drugs still more than 70 years away, HIV had an 80-90% mortality rate.

Now, let's compare this scenario to the 1918 flu pandemic. That also infected roughly a third of the world population; however, it only had a mortality rate of 10-20%, 4-8 times lower than that of HIV. In other words, you'd have been looking at a projected death toll for this timeline's WW1 HIV pandemic which would be projected to be 4-8 times higher than that of the 1918 flu pandemic- and even worse, you'd have both pandemics coinciding with one another and spreading at the exact same time.

In our timeline's 1918 flu pandemic, current estimates say 50-100 million people worldwide were killed, 3% to 6% of the entire world population. In this timeline though, in the worst case scenario, even if we assume that both pandemics have no impact upon each other (i.e, that no extra people are affected compared to our timeline's flu pandemic, that HIV doesn't exacerbate the mortality rate of Spanish Flu and vice-versa), the death toll would be projected to be between 200-800 million people worldwide; 12% to 48% of the entire world population.

To put that into perspective, the realistic mid-estimate for the death toll of this worst-case scenario alternate HIV pandemic, 24% of the world population killed within 3 years (the maximum life expectancy for those infected with HIV, with no treatment available at this early stage), would be equivalent to, or worse than, the reduction of the world population by the Black Death pandemics over the course of more than a century.

So would this earlier HIV pandemic have constituted a plausible, hard-science historical apocalypse scenario? And what sort of dystopian post-apocalyptic societies would you envision developing in this timeline? Our timeline's Fascists and Communists were bad enough; how much worse might this timeline's equivalents wind up being?

It may looks strange, but HIV is, in this regard, less efficient than flu.

Flu is airborne: it is perfect for a rapid spread in a world where ships could still carry large amounts of people fast enough from point A to point B and happily spread toaward unsuspecting targets. And once it gets a hold of its target, symptoms rapidly incapacitate it.

HIV requires direct blood exchange: in this regard is not worse than other venereal diseases. It will kill a lot of people, like those diseases did, but since it is slower in acting, once symptoms are visible on the body, medics and authorities can start tracking it down to the closest to patient zero. Triage and precautions can be refined and applied better than with flu, which is also a mutant and can hit again regardless of precautions -that is why we need to vaccinate, to keep it at bay from the weakest targets (sick people, elders, kids and babies)

So no, the answer is: HIV wouldn't change a thing unless all soldiers on all fronts had had sex with infected people, coincidentially in the right time frame so that at the end WWI they got sick with AIDS as well

In regard to the Fascism, once it has been determined that sexual contact is directly involved, it will cause authorities to push for stricter laws regarding monogamy and racial purity, but the whole legal corpus would be unaffected for what the general fascist philosphy is concerned.

Mass HIV infection did not cause a population crash in pre-HAART subsaharan Africa.

The scenario you posit really happened and is happening in subsaharan Africa. Botswana has the third highest prevalence of HIV of any country and is the biggest of the top 3. 21.9% of the population is HIV+ and that has been fairly constant since 2000.
http://www.unaids.org/en/regionscountries/countries/botswana/ 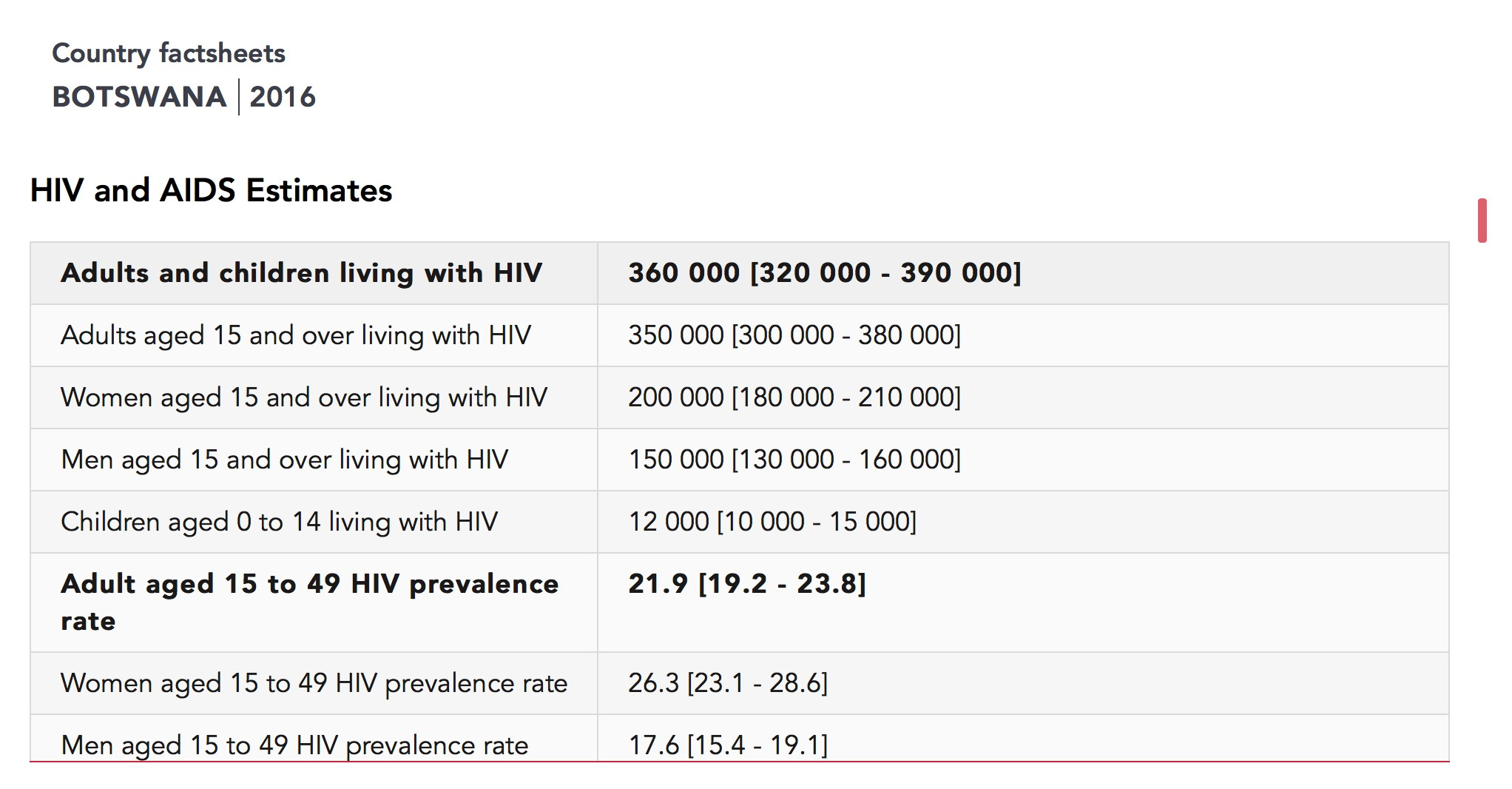 The problem for your mass dying scenario is that HIV really is very much like syphilis in Western Europe. It is not that lethal. A lot of people have it but not that many die. Considering pre-HAART rates, about 3-5% of persons with HIV die of it in any given year. Check out the unaids website liked above; it is a very nice interface for viewing the data. 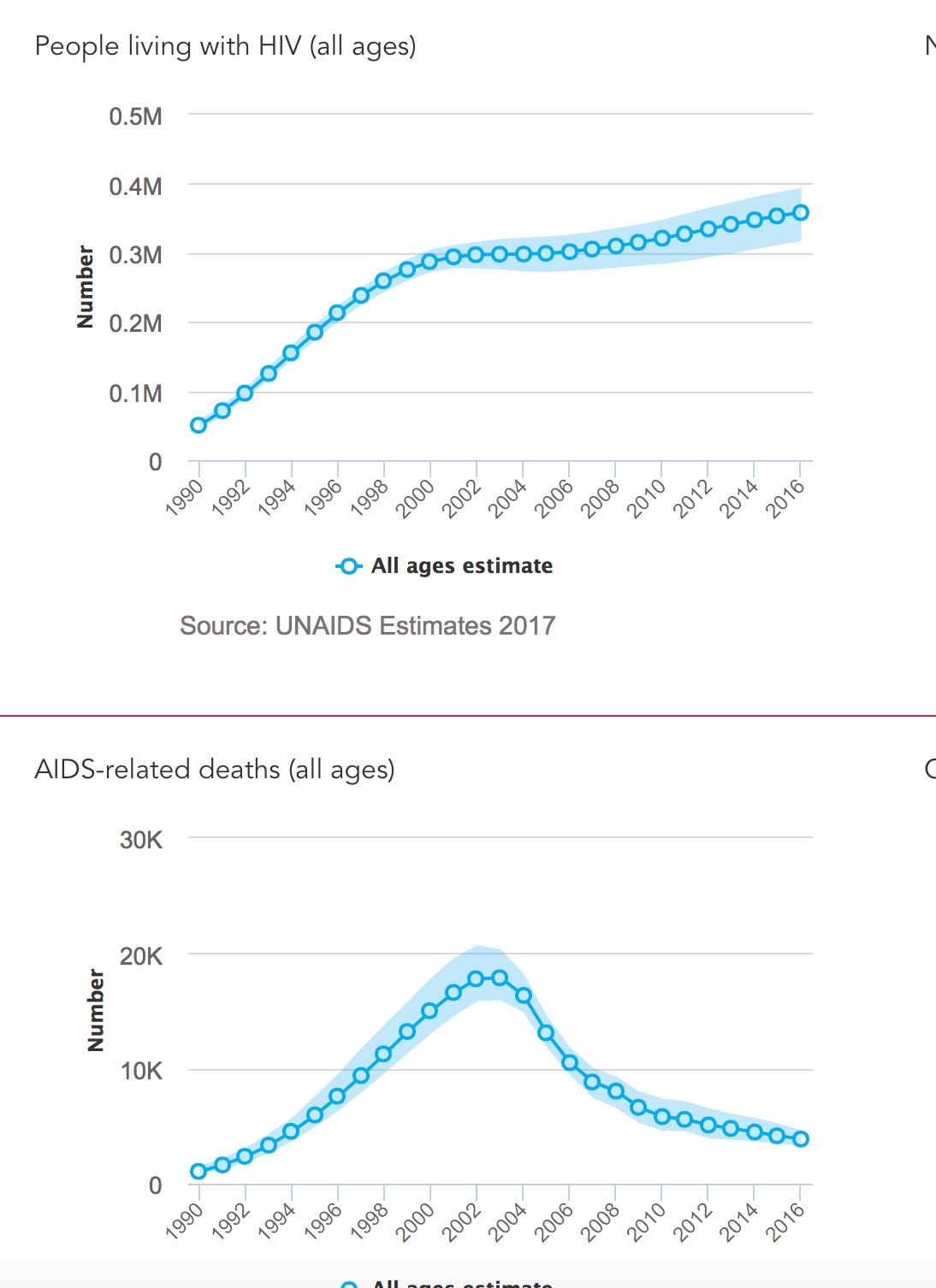 This projection from 2000 noted that in the best case scenario, population growth in Botswana would just barely stay positive. 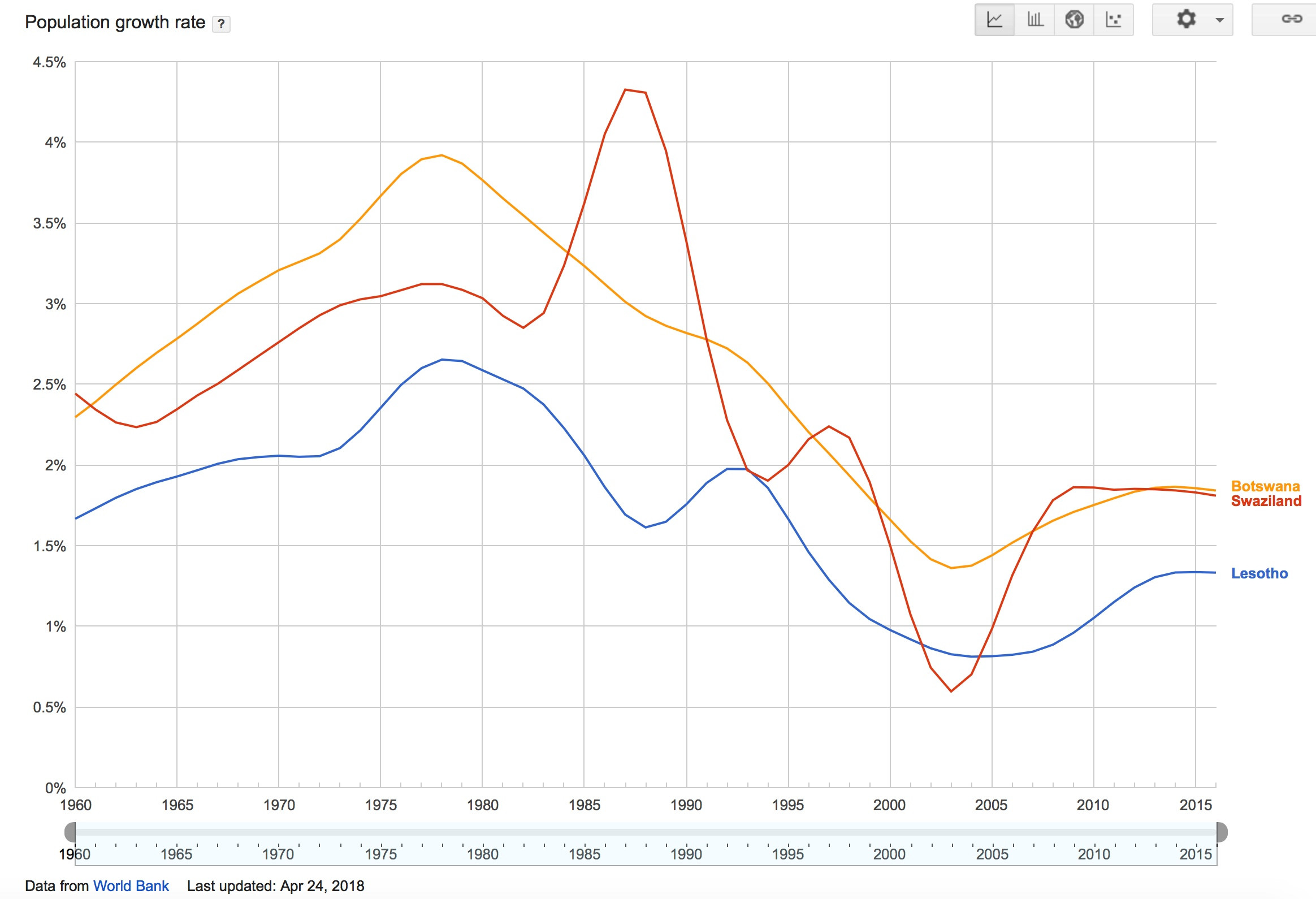 Positive population growth in this resource poor time and place means to me that your HIV scenario for Western Europe would not cause a plague like dieoff of the populace. HIV is like any other chronic endemic disease - like syphilis, or tuberculosis, or malaria.

Not the answer you're looking for? Browse other questions tagged science-based society alternate-history post-apocalypse apocalypse .

8
Flu Rage virus used as interstellar weapon?
3
How to effectively deliver a flu virus that destroys the brains ability to absorb serotonin?
5
An Even Blacker Death
2
Is this a plausible way for an alien organism to unwittingly cause a mass apocalypse on Earth?
6
Lethal Pandemic
19
Would a Pre-Columbian America with its own plagues still be vulnerable to Old World diseases?
5
A Rabid Black Death, Part I: How Virulent Would it Be?