Is this DNA absorbing creature possible?

I imagined a creature that would have an expanded lifespan thanks to a regular production of stem cells that would replace the damaged cells.

During its very long lifetime, when it eats food (the creature is omnivorous so I mean it eats plants or animals), something special would happen:

For example, if it ate a plant, an undamaged cell of the plant would be analysed by special microorganisms produced by specialized cells. Then, this analysed DNA would be stocked in a genetic stocking cell.

After, the creature could replicate some of the stocked DNA if needed. For example, it could use the strand of DNA that codes for chlorophyll to be able to use photosynthesis.

This genetic mimesis would allow the creature to adapt to environmental changes during its extremely long lifespan.

My question is, if this process is somehow possible (ignoring how it would have developed in evolutionary processes) would it work like I described it? If not how?

There are two major conceptual problems with this creature.

The first is neatly summarized by one of my favorite quotes on the subject, from Sid Meier's Alpha Centauri:

Remember, genes are not blueprints. This means you can't, for example, insert "the genes for an elephant's trunk" into a giraffe and get a giraffe with a trunk. There are no genes for trunks. What you can do with genes is chemistry, since DNA codes for chemicals.

This relates to the other conceptual problem, which is that it's not at all obvious what each individual gene does. They create proteins in specific sequences, and those protein chains can go off and do other things. But outside of the complete cellular environment, it can be extremely difficult to predict the purpose or effect of a specific gene or sequence of genes. Humans can do it, because we have the luxury of examining countless other organisms and sharing our findings. A specific creature dealing with a specific new gene sequence it hasn't encountered before has no idea what it does, except perhaps by experimentation.

Oddly enough, the basic idea of gleaning genetic information from other creatures is totally sound - viruses and prokaryotes do it all the time, and it's possible (though not at all clear) that it happens in larger organisms too. However, this isn't a conscious act on the part of the virus; it's more a consequence (sometimes helpful, sometimes presumably unhelpful) of existing in an environment with other DNA around. The problem is doing it on demand and making sure that an organism grabs enough genetic information - which can be widely scattered, remember - from the subject to mimic a large-scale process like photosynthesis.

One possibility is that the creature has some kind of expendable cell - skin cells, perhaps, which by their nature are numerous, die off readily, and can be shed when they've served their purpose - that acts as a testbed for new genetic material. Most of the time, the gene-transferred skin cells die. When they hit on something advantageous, they thrive (briefly), tripping a biological mechanism that propagates the new genes throughout the creature. (In essence, this is normal natural selection, but within the confines of a single creature rather than a population.) However it would be limited to changes that are at the cellular level, rather than the level of organs: it might confer resistance to heat, or some kind of toxin, but it wouldn't give you wings.

It's not believable that an animal could process foreign DNA and from it incorporate features into its anatomy. However we can design a creature that -- to some limited degree -- incorporates foreign DNA into its metabolism.

For example consider the stomach. Cows (and humans) for example rely on a healthy infestation of gut bacteria to digest their food. Their stomach provides a warm humid environment to cultivate those bacteria. Remove those bacteria and the animal's metabolism stops working until they grow back. Tube worms do something similar but outsource even more of the digestion. I believe tube worms can live for hundreds of years.

Your animal is similar. It's stomach is warm and humid and is evolved to host whatever sort of microorganisms it needs at the time. It cannot digest grass on its own. But feed it grass and it starts cultivating bacteria that digest the grass for it. It cannot digest meet but geed it meat and the stomach changes to support bacteria that break down the meat for it.

For photosynthesis I imagine big oozing sections on the creature's body which host bacteria. Natural petri dishes that can gather photosynthetic organisms that it somehow ingests for energy.

What if I told you that when you or I eat, we do something special: you absorb undamaged cells from the food. There are also special microorganisms that analyze the cells (themselves) and store the analyzed DNA in a genetic stocking cell (replicas of themselves)

A significant fraction of the DNA in your body is not human (the vast majority of cells aren't, but per-cell they contain less DNA), but is a vast colony of microflora. In addition to contemporary research indicating that they can play a role in modulating your immune system, many organisms gain tremendous benefits or are totally dependent on their microflora.

Termites and ruminants use cellulose-digesting gut flora in order to extract nutrients from wood or highly fibrous grasses. Colonies of bacteria, yeast, and protists can break down the complex carbohydrates into absorbable carbs.

Humans' gut flora has been shown to vary with diet, and many plants are covered with microorganisms that are prone to ferment said food (cabbage → sauerkraut, pineapple → tepache, milk → cheese). If over long timespans some creature changed its diet due to migration or climate change altered the food supply, its "overall metabolism" (the combination of the host plus flora) could drift a bunch. In addition, due to the rapid generations/evolution of microorganisms, new traits that didn't exist when the host was born could be used by the host via a new passenger.

When a caterpillar turns into a butterfly it makes a hard shell, dissolves into free swimming biological matter which deactivates parts of its DNA code and reactivates others, and then rebuilds the organism. It is a matter of perspective whether the butterfly and caterpillar are the same entity. Certainly we would not expect a sentient caterpillar to transfer memories over to the butterfly.

By mucking around with Hox genes cook up all kinds of horrific mutant fruit flies with wings/legs/antennae/eyes in the wrong places. 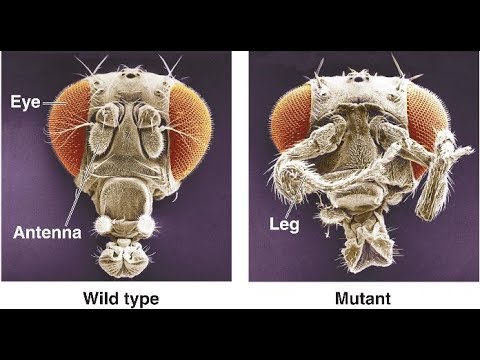 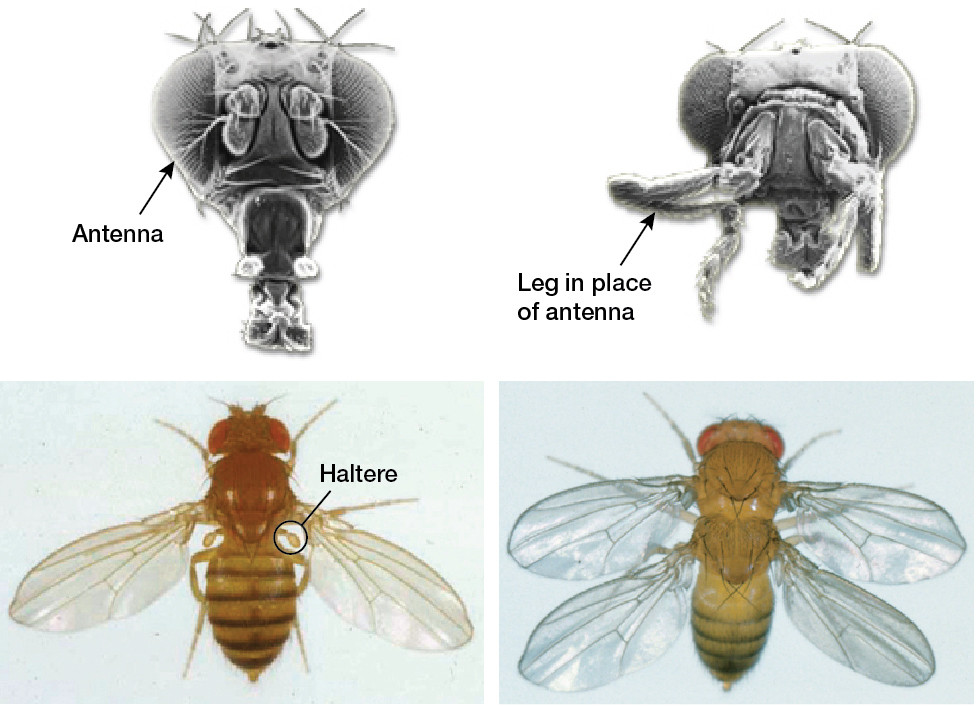 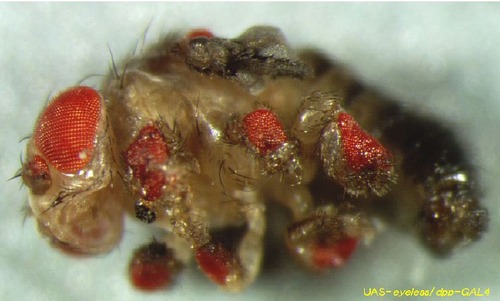 I propose an animal that has not only two lists of parts, but a great many variations of each. At any one time most of that DNA is redundant. Large sections of seemingly redundant DNA are common in existing organisms. But when our new animal metamorphoses it 'mixes and matches' the parts based on environmental factors to acquire a new form.

The animal also selects genes that code for the instincts necessary to use its new form. In that sense some 'memories' seem to transfer. Or at least it knows how to use the new body.

Not the answer you're looking for? Browse other questions tagged science-based reality-check biology xenobiology or ask your own question.

41
Multiple DNA, one creature
18
Alternatives to DNA
8
Realism of this Respawning Creature
6
Plausibility of this Zoonotic(inter-species) Reproduction Method
5
Would it be viable to have a pre-wired brain rather than one that is soft-wired or hard-wired?
8
Is it possible for a terrestrial creature to generate lightning?
3
Is this Martian creature plausible?