We saw that in orbit....wait, how did it get down here?

My entry for the fortnightly topic challenge:

You are a space explorer. You are visiting this weird habitable planet in the Alpha Centauri System as part if the first manned expedition to another world. You see weird things floating in the upper atmosphere/space but think nothing of it, despite how much they look like living things. On a trip to the surface you see a similar shaped animal. At first you think it is a coincidence, but while exploring, you see one on a ledge on a tall cliff. It runs, jumps and takes off, using ocean thermals to rise, then flapping its wings as it got higher. Eventually it was out of sight. You had your space station base scan for it and found it was rapidly approaching the upper atmosphere.

We have talked about how a plant could do inter-planetary travel via seeds. Is there any way for my creature to reach the upper stratosphere, near the mesosphere? Is there any evolutionary advantage that could be gained that would spark this creature into existence? How would the creature re-enter the planet without burning up?

CRITERIA THE CREATURE MUST MEET 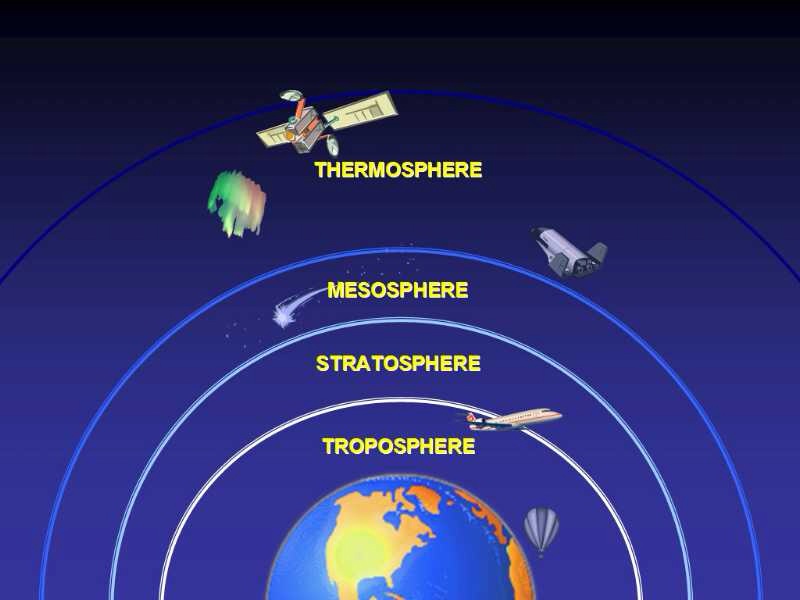 In a word: absolutely.

Already, there are species of birds, like Rüppell's griffon vulture, that fly into the the stratosphere. It would be quite easy for a winged creature to evolve that floats or glides at an even higher altitude. I imagine that there are a few paths that could result in such a creature.

First, I could envision sexual selection as a driver the pushes the species into the upper atmosphere: the male that flies the highest gets the females kind of thing.

However, there's a limit to what wings do for you. Once you get above a certain altitude, the air density gets too low, and a winged creature would be unable to control themselves, or provide lift. Larger and larger wingspans could accommodate this deficiency, and that would lead more to lazy gliding/floating in the upper atmosphere, rather than high-speed flying.

Second, there could be a predator/prey relationship, which caused two species to evolve in an arms race, where high-altitude was the evolved escape path. In this scenario, a bird-like species would have to be an apex predator, which means that other bird-like creatures are at risk. Perhaps, a species has evolved a way to fly above the apex predator, which, due to the predators' weight, would be unable to fly as high.

This relationship already exists with the Common Crane and their eagle predators. If the eagle were a more effective predator, or they had fewer prey options, going even higher would continue to be a viable survival strategy for the crane.

To cover our bases, let's talk about air density and survivability at upper altitudes.

As we go up in altitude, the air pressure rapidly decreases. This makes breathing, flapping, and gliding harder. The first one could be handled by holding your breath, or specially adapted lungs (the combination is what we see in high-altitude birds today). The second two can be corrected by lower body mass and larger wingspans. That combination can be challenging, because you need more muscle to pump larger wings, but we already see birds that are balancing those two elements to fly to astonishing altitudes.

So by flapping it isn't going to be able to reach the altitudes you are wanting at all.

Basically your creature is probably somewhat naturally lighter than air with a very large wingspan. Your creature has the ability to rapidly fold up its wing span, fill up and compress large volumes of gas, which it then expels at high velocity. The creature would also have to be highly heat resistant, especially where it has created the rocket/ram jet. It would probably have to be photosynthetic and also a carnivore; how such a creature would evolve and what advantage it would have by being mildly explosive with a heat resistant shell but also basically a flame jet (regardless of there necessarily actually being a flame) is not something that I am willing to speculate on.

If the creature does not have to go into orbit then it can build up speed before pitching up and trading speed for altitude. It will only be able to stay their for a moment before gravity will take over and it will come back to earth.

The main issue with reentry is speed. If you are only suborbital you won't have as much speed. I think a good model to look at would be the Virgin Galactic ships Spaceship 1 and Spaceship 2.

28
How would one weaponize a black hole?

31
How to effectively slow down a ship about to shoot through the Solar System at 0.6c?
11
How did the Booze-Rat evolve its defensive mechanism?
10
How bad will the tides be here?
7
How Would Weightless Creature Steer Itself In The Air? (Can It Sail?)
6
How large can a flying insect get and still be able to walk upside down?
4
Is there any way to estimate the carrying capacity of large fliers?
6
How to design a proper void whale?
9
Is this creature's proportional head size feasible?
4
What would the atmosphere of the Archaean Earth look like? (Before massive oxygenation)