There's this organisation, which has a global system of secret and sensitive military bases situated in various geopolitical regions, not unlike those of the US military. One military installation is a naval base located on Île Pott (an island 271 kilometers north of New Caledonia), which is within reaching distance of Vanuatu, Fiji, New Caledonia, Samoa, Tonga, Papua New Guinea, New Zeland and Australia.

Although, I am somewhat concerned that Île Pott is not big enough to support a considerable fleet of vessels (of unknown makeup and size) along with a population of 800,000 soldiers and unspecified number of civilian personnel. This is because Panan has a length of around 7.17 kilometers (if Google Maps is to be taken at face value) and naval bases require a great deal of land to be built on.

I have toyed with the idea of having the base staffed by a skeleton crew of several thousand soldiers and civilians while the 800,000 troops are kept in cryostasis. When half of the fleet is mobilized, 400,000 of these soldiers are transported on-board while in cryostasis and woken up upon reaching their destination. While the other 400,000 are kept back at Panan in cryostasis, as reserves or "insurance" against would-be attackers trying to assault Panan.

Which only leaves the issue of maintaining the fleet and hiding it from prying eyes. How would such an issue be resolved?

You need your base to be underwater. Topside, it is camouflaged as a resort. 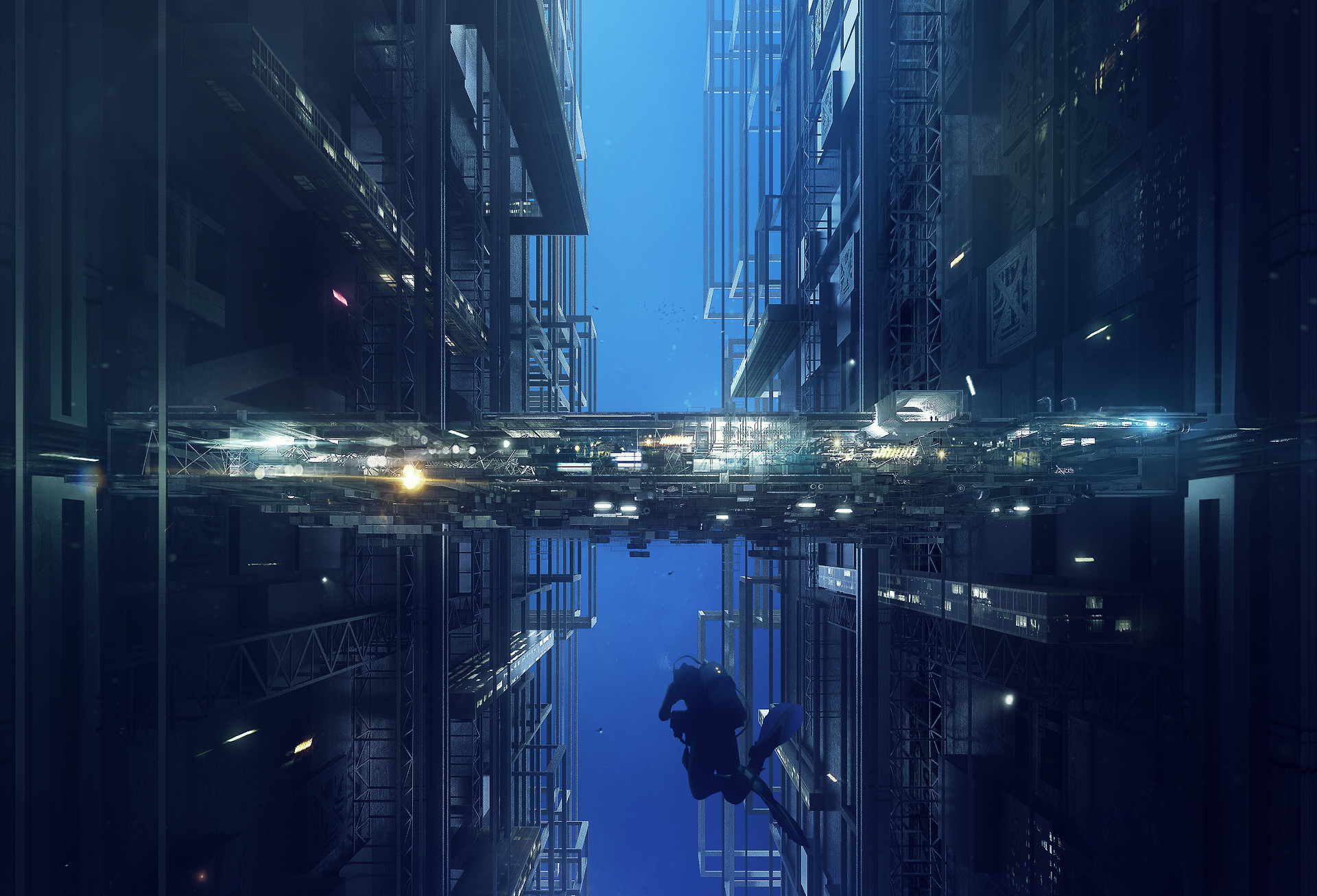 It would be great! Down below a base with your secret weapons, monster facilities, cryotanks etc. Up in the air there is swanky, working resort with all the amenities. Actually, not all of the amenities - the place is third rate, but trying hard. You don't want too much attention. The harbor would be big enough to admit a cruise ship, and the passengers would spend a couple of days at your Île Pott resort doing cruise ship type things. This is a working business model for lots of places. Some places are owned and operated by the cruise ship line and that is how you would do it too.

A base this big will need a lot of supplies. Good thing cruise ships are big! Your cruise ships / supply ships can be unloaded from below while the passengers make merry up above.

I am feeling sorry for the thousands of soldiers who while away the years in cryostasis. I hope these are frogbots or aliens of some sort, not just regular people whose families are getting old, wondering what happened to them.

The snide answer would be "forget it" ... I'll try to explain.

There are too many different operators of recon sats, both military and commercial, to hide a base for this number of troops. The Normandy landings involved 1.3M troops, roughly in the same ballpark as your numbers, and they used most of England for basing.

If you want to keep the base top secret, at best you can hope to disguise what exactly goes on. Think of Area 51, or Mount Yamatau. There is wild guessing what happens there, but none at all that they exist.

The easiest way to solve your problems would be to have all this military personnel, except they wouldn't be people. Instead they could be machines: unmanned combat equipment and support robots. These don't require food, medical attention or oxygen and they can work around the clock. They are powered by deep-sea nuclear power facilities so they never suffer from empty batteries.

The robots could be stationed deep in the sea, possibly at different locations. They could be supplied by the navy: a large vessel could drop supplies (or even new robots) somewhere in the vicinity so the support robots (possibly unmanned nuclear submarine-robots) come pick it up.

Once the war breaks out, the robots use prepared platforms, that rise to the surface using air they get from the atmosphere. Some of the combat equipment is then placed on those platforms to provide air defense. The platforms also serve as landing grounds for new equipement which is now supplied from the air, using military planes. Another supply method is to shoot ballistic missiles near the area which are then retrieved by the support robots.

Most support robots stay deep in the ocean when they are not needed or their work can be done underwater. This keeps them out of sight and prevents them from being captured or attacked by the enemy.

A captured machine is no biggie, they are machines that are unresponsive to torture, likely to self-destruct on capture and have access to the systems on need to know bases. The latter allows them to do their job, but nothing more.

The human military personnel stays away to provide support in the form of information and manipulation: gathering intelligence, thinking about strategies and diplomacy. The latter can be used to avoid conflict, or in case it's unavoidable, make sure the conflict happens where you are best prepared.

In case you were wondering how we make sure all goes undetected: we don't. We tell the world the equipment is used for preparing Space Force missions: "The deep ocean allows us to test our equipment in space-like environments."

[1] may or may not illustrate propaganda efforts already in motion to perform this maskirovka (маскировка).

2
How would a port city located on a river on the border defend itself?
56
Would a castle built at the top of a mesa have unusual weaknesses?
2
Geopolitical consequences of a secret peace-keeping organisation backed by the UN Security Council?
6
Can rocky hills similar to the Scottish highlands be located next to a bog?
4
A perpetually foggy forest at the base of a mountain range
24
Before the advent of satellite imaging, what would have been the easiest place to hide a secret civilization?
4
How effective would the White House serve as a fortress or makeshift Forward Operating Base/FOB?
8
Constructing a secret villain base - best ways for covert short-range air transport?
5
secret underground tunnel underneath the city that the emperor doesn't know about- is it possible?