Can fields be destroyed by water so that new ones need to be dug up?

I currently have a character whose fields are destroyed as they are at the base of a valley, and the rain has completely killed the seeds and waterlogged the dirt. Thus, main character needs to dig out new ones on higher elevation and then plant the seeds before it is too late and his family goes hungry.

Is this realistic? Can fields be so damaged by water and there not be enough time to dry that new ones must be dug? My friend said no, I said yes, but neither of us are farmers.

The actual crop does not matter - if anything, I will adjust the crop to make the situation more realistic.

Sure. Assuming the water was fresh, clean water (if it's salt or contaminated with poisons or pathogens, there are other issues) there are two ways a field can be spoiled by a single flood.

First, it gets flooded and destroys the current crop. This will not normally render the field infertile. (Remember ancient Egypt where the annual flooding of the Nile onto farmer's fields was how they retained their fertility. The Nile flooded, it receded leaving wet soil and some new silt, the farmers then planted and had a good harvest. If the flooding failed, the next year's harvest would be poor and famine a risk.)

(Obviously if the floodwaters do not drain away, the field is ruined, but in that case you need to explain why it was dry in the first place, and how the farmers didn't know that it was prone to long-term inundation.)

The second is erosion removing the topsoil. This can ruin a field, though generally it takes more than a single rain. But with enough erosion, the field becomes unfarmable.

If you're not asking about permanent loss of the field, but just flooding during planting time, sure. It's easy. It happens all the time: Big rains on flatish land and you can get floodwaters which last for weeks. (E.g., the Minnesota/North Dakota boarder is flat, fertile farmland. It drains so slowly that it sometimes gets flooded in the spring for long periods and can remain waterlogged through the ideal planting time.)

In this case, the farmers are usually SOL because there's rarely land nearby which is (a) unused and not owned, and (b) fertile, and (c) not also flooded and (d) ready for plowing. Usually available land needs expensive prep, such as logging off of trees or removal of rocks, and this would take too long.

Your character farms rice. He is not an idiot: he knows it gets wet. For rice, some flooding is welcome. But this year he got more than he bargained for - maybe a dam or levee failed upstream and his fields were completely washed out.

His area has been farmed for millennia. Uphill from him are ancient terraces. 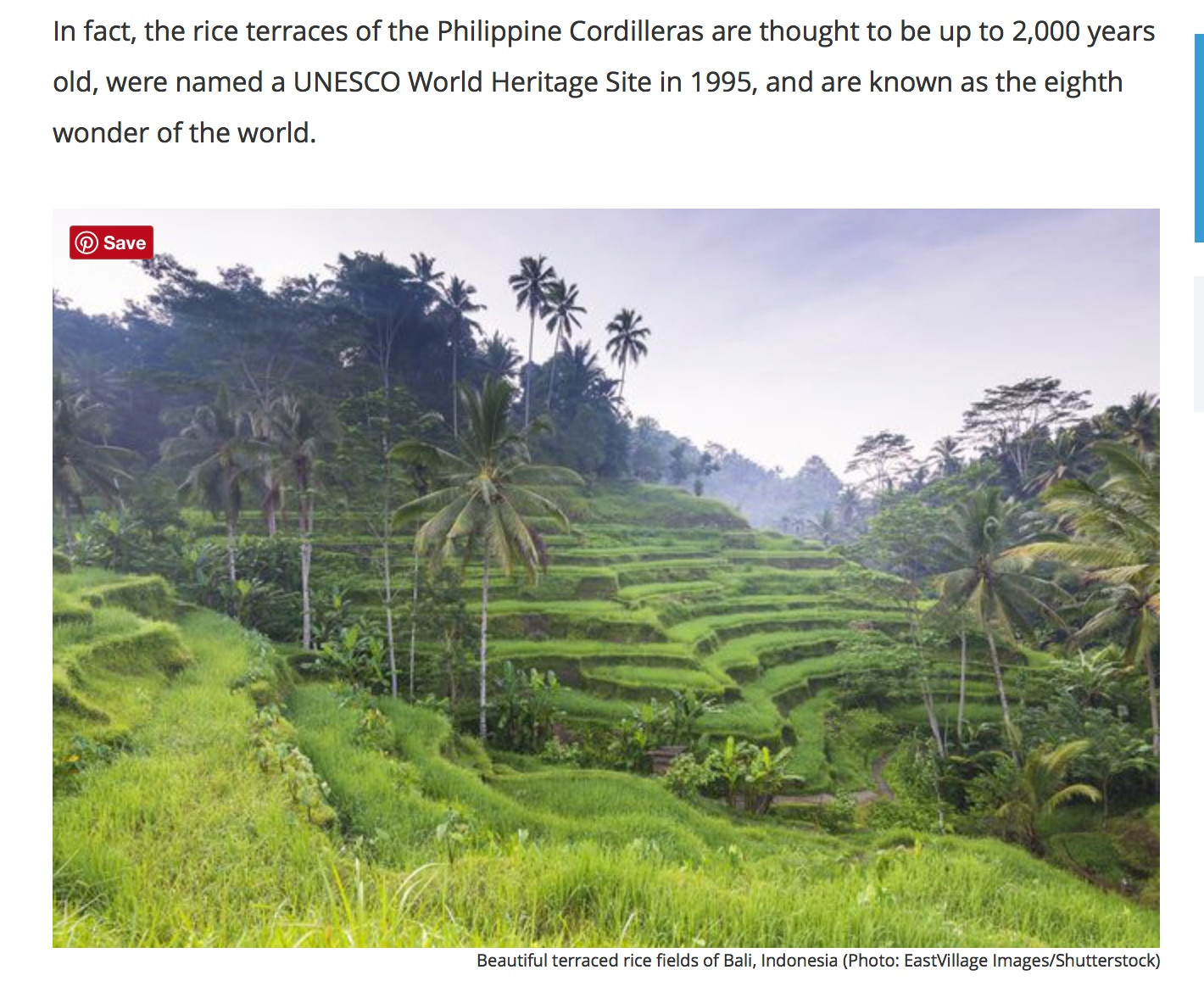 He goes up there and reinstates them as working fields. The cool thing about this is that the terraces were already there, suitable for rice farming and as he preps them he might encounter traces of the people who worked them in times past.

It has not been that long since these were working fields. His grandfather worked them. Maybe there are less people living in his area now. Maybe his children have grown and moved on. Help is hard to find. Maybe with his bad leg it is hard for him to get up there. I envision the scene where he works all day and decides to spend the night by the old terrace to save hthe hard trip down and back.

The treasure that is a terraced field being left to go wild is a melancholy thing, I think, and this aspect of reclaiming it would add additional depth to your narrative.

Considering that a plant needs certain conditions to growth and carry fruits, the available time window, at least in temperate climates, for planting the seeds is rather narrow.

Now, if the soil is too damp, the roots of the new born plants can easily rot or get infested by parasites, so it's likely that the harvest will have a lower yield, or even none at all.

An important variable is also the composition of the soil: more sandy soils drain water better, and in case of floods can more easily get rid of excess water. If the content of clay is high, instead, water will be stationing for longer.

Some time ago I was talking with a friend, who was an hobby farmer: he was telling me that, being used to sandy soils from growing up, he kept the same habits of planting even after moving to a more clay soil region. And that affected his harvest, has pushing hard on wet clay to have the soil hold firmly the small plants made it harder for the roots to grow.

The point is that, once the farmers realize that the fields are gone, digging new ones is hardly done from scratch in few days. A thing is digging fields which where simply not used, another is preparing fields from natural state (take away bushes, trees, rocks, make the level even...)

This Is Very Realistic

The water could of washed the seeds away or the soil becomes too muddy to grow anything.

Even if the rains went so heavy, damped ground could breed mold that infects the seeds making them to die.

The only thing that is odd, is the fact your farmers did not know this ahead of time, unless they are new to being farmers or heavy rains are rare but these things happen time to time anyway

If the flooding dumps clay instead of silt onto the fields this year then the results will be major and long-lasting degradation of the existing soil.

A flood dependent loam soil, such as those found on the floodplains of many lowland rivers, is usually refreshed by the sediments dumped onto it by annual inundations. If however, due to deforestation in the upper catchment for example, the sediments the river is carrying contain a lot of clay subsoil instead of the usual burden of organic matter and silty/sandy sediments from further down slope this material will smother fields in a blanket that excludes a lot of air and moisture. This will cause anaerobic decay which can seriously harm soil fertility. Even when this blanket is plowed into the original soil in an attempt to get the fields ready for sowing the added clay will impend water flow, and thus nutrient uptake, to the plants. This will also mean that water is prone to sitting on the surface promoting rot and making runoff and topsoil erosion worse in the long run.

Not the answer you're looking for? Browse other questions tagged geology farming or ask your own question.

1
Can a new volcano have metals inside?
13
Ringstadt: Can my mountains be what I need them to?
8
How much surface water do I need for plate-tectonics on a planet?
3
Can a water world be turned into a dryer habitable planet by an early runaway greenhouse effect?