Would my lizardmen be good at throwing things?

Okay, so I was creating a cold-blooded humanoid species (for a story, I'm no scientist) and ran into a problem with some of my logic.

Because of their obvious issues with overheating, these lizardmen couldn't be pursuit predators like humans proper can with their miraculous ability to sweat. So I adapted them for ambush tactics instead. After all, because they don't waste nearly as much energy with homeostatic systems, they could wait around until prey showed up instead of having to hunt it down like a common mammal.

With this in mind, I decided to utilize the broad bodies I gave them for sunning themselves to make them really good at throwing weapons. After all, javelins and throwing clubs are a great way to kill prey without putting yourself at risk. Plus, it would give the species a much needed edge in combat against the superior stamina and environmental resilience of humans (and I think throwing weapons are cool).

So here was my logic:

Broad shoulders, long arms, and very elastic tenons were supposed to give this species the ability to throw objects at greater velocities than humans ever could due to leverage. Seemed open and shut at the time.

However, I was watching this video by the god-amoungst-men Zootier and he pointed out that the qualities I assumed would give them an advantage would actually make them worse at throwing things. In short, it's short arms and superior balance that allows humans to make fifty yard passes while other apes can barely qualify for a softball team. The long arms and broad torsos of my humanoid reptiles just seem to make them more prone to falling over whenever they put their weight behind their pitches.

If my logic is flawed (which it seems it is), what changes do I make to make these creatures capable of throwing objects at greater velocities than humans?

In case it is relevant, their accuracy isn't intrinsically better than a humans, but these reptiles tend to practice a lot to make the most of their fastball advantage.

Accelerating anything means using force on it, for a period of time. More muscles, more force, case closed? No.

So your long-armed reptiles may be better or worse at throwing, but the best- designed long arm will always be better than the best-designed short arm - All of the above factors like sinew elasticity, best muscle contraction velocity/force combination, leverage etc. have to be exactly right and are interdependent and their efficacy is dependent on factors like missile weight, throwing angle, accuracy, etc. That's why some people suck at throwing, even if they train. Maybe most of your lizard folk can hurl a 10kg uber-spear into 100m distant targets like a meteor, but at the same time suck at softball.

Addition : There even is a phd written on that very subject (well, not lizard-folk) - possibly more than one, but i found an accessible one: Julia Marie Maki, "The Biomechanics of Spear Throwing: An Analysis of the Effects of Anatomical Variation [...]" - it is 300+ pages, but a few insights are shared on the first few that i skimmed:

Tools can make them capable of achieving that, without changing their bodies.

Let's start with a simple example: throwing a ball.

If you use your hand and arm, you can throw it to a certain distance. Now, use something like this 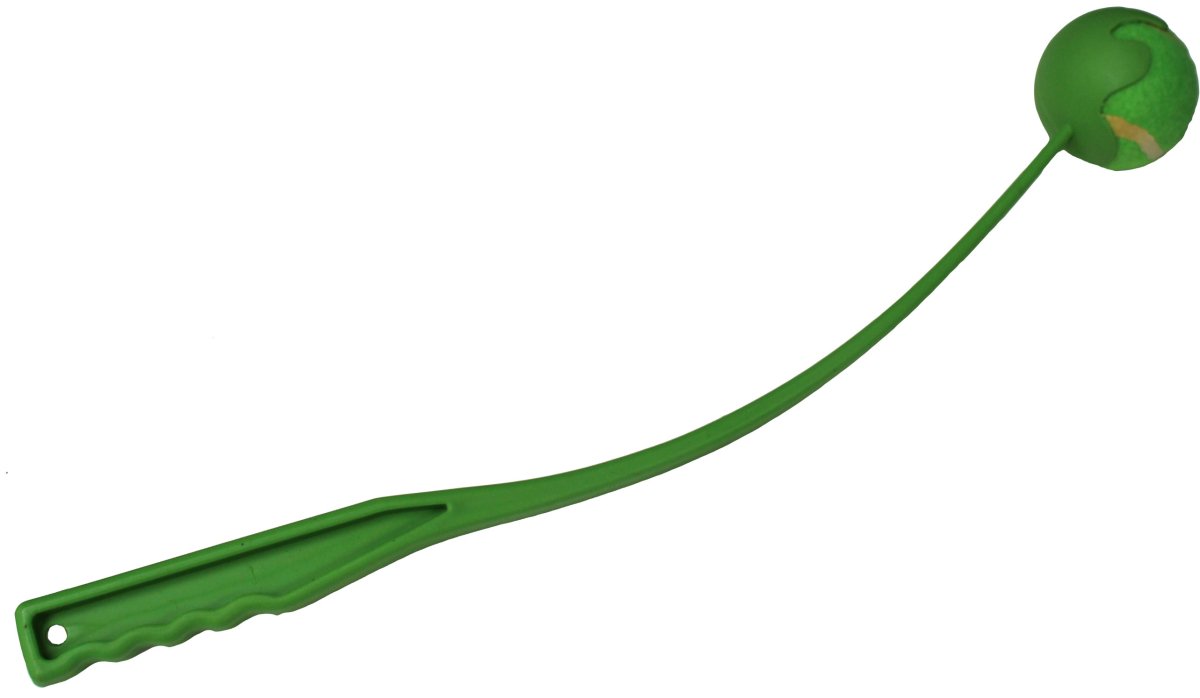 and you will be able to launch the ball farther and faster.

With some modification you can use a similar tool to launch a spear. This tools was also used by our ancestors, and is called atlatl

An atlatl is essentially a stick with a handle on one end and a hook or socket that engages a light spear or “dart” on the other. The flipping motion of the atlatl propels a light spear much faster and farther than it could be thrown by hand alone.

Throwing is not about the length of the arm but about how the shoulder is structured, a chimp is incapable of the the full rotation an arm goes through during an overhand throw. Basically if your lizardmen can put their shoulder through a full 360 rotation then they can throw. This feature only evolved in humans recently once climbing was no longer important. the anatomical needs for throwing is actually well studied.

the hard part is making them better than humans who are the best throwers in existence.you might want to consider if the tail could contribute somehow, maybe as a cantilever. If your really need an advantage over humans pebbled scaly skin will function like armor which will be a noticeable advantage.

If you want to get really creative, why not give them the sort of biological spring mechanism mantis shrimp use to break open clam shells (accelerating their limbs at over 100,000m/s and striking with enough force to cavitate the water around the strike which produces a measurable aftershock). Have a look into it. They're mindblowingly powerful.

You'd need some pretty advanced musculature around them to bring finesse and accuracy to such an adaptation, but if you could then you'd have a significant range and power advantage against a human missile-thrower.

Whatsmore, you'd also pack a fearsome punch in a close quarters fight (although likely at the cost of endurance/frequency of repeat strikes). It'd make for some pretty interesting combat dynamics between humans and your biological-catapult lizardpeople. I'd expect the lizardperson try to hold off until it can best use its advantage? Would a human try to provoke the lizardperson to strike multiple times, tiring it, or try their best to dodge the initial ferocious strike and then strike back before they can recover?

Not the answer you're looking for? Browse other questions tagged creature-design physics weapons anatomy or ask your own question.

7
Realism of Sub-humanity over half-humanity
9
Would an anthropomorphic wolf species be able to hunt their prey without weapons?
7
What factors would allow this caninoid species to evolve successfully?
10
Could a hexapodal bat actually fly?
8
Would Naga be good at throwing grenades?
16
Would there be any major disadvantages for a species to have six legs instead of four?
7
Effects of a ferret-like spine/ribcage on bipedal posture, possible leg lengths/proportions?
6
Lizardfolk are too OP, what weakness would make the most sense for them?
6
How would humanoid creatures with powerful jaws, claws, and a tail efficiently use their anatomy in barehanded combat?