How could a humanoid baby glow from hunger?

I assume whatever organs are used for the bioluminescence must be inside the baby's abdomen and specialized for bioluminescence and since the glow is gone entirely at 6 months, those organs must die off after 6 months of age.

I figure it must be a protein that is used for fluorescence, otherwise, the fluorescent molecules and thus the glow would still be there after 6 months. Growth leading to breaking down of fluorescent proteins into amino acids though makes perfect sense as to why the glow fades until at 6 months, its gone.

But how could hunger trigger the glow? Ghrelin levels have to be part of it since increased ghrelin is what causes hunger in the first place.

But the glow also happens to be the last cue that a Keplerian baby is hungry. Other hunger cues like these:

all come before the glow. Keplerian babies don't have a hunger cry and predators mistake the glow for something poisonous so this ensures both that the baby gets fed and that it is safe from predators. 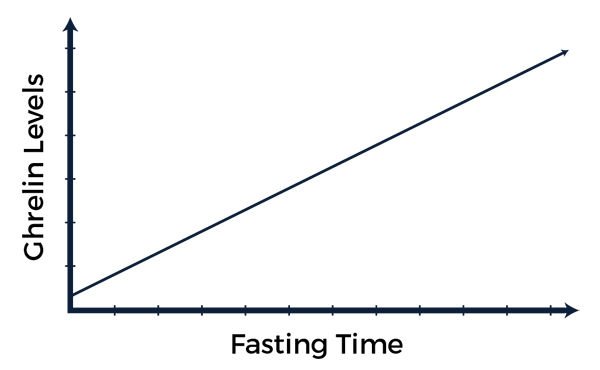 Bioluminescense is a function of enzymes collectively called luciferins breaking down ATP and releasing energy as light.

As we see in fireflies, bioluminescense can be controlled by essentially the same mechanism as muscles. The depth of the mechanism is more than I want to get into typing in a cell phone.

In this scenario, glowing is equivalent to the extreme panic cry you hear from a human baby.

Here's one possibility: Keplerian babies are born with high levels of a bioluminescent protein, which they produce naturally at the same time as grehlin. This makes them glow. If you want the glow to happen only when the baby is excessively hungry then you could say that it takes a high buildup of the protein before the glow is visible to the eye. There is a corresponding enzyme in their mother's milk that combines with the protein and halts the bioluminescence. Over the course of the next few hours the baby's protein levels change so that the protein is once again at a higher level than the enzyme. This causes the baby to start glowing again. Why does this stop after six months? It could be a simple development switch - perhaps the body stops producing the bioluminescent protein. Another possibility is that the enzyme in the mother's milk may build up in the baby's body over time, so that eventually they don't need more of it. This would probably make the change more gradual - perhaps newborns glow extremely brightly and 8-month-olds still look a little brighter when they're extremely hungry.

Suggestion 1: Throw in a pheromone that wards off the predators. if they can see light emitted from a prey species, they will sniff prey and eat it. You need a strong chemical substance that makes a predator think "Poisonous"

The glow and the stink could be emitted by a mycotic colony living on the babies' skin. Then, like you said, after 6 months it just falls off the body

Glow would kick in only when the baby has been left alone outside for a given time. The mycotic colony reacts to the stress level and starts telling everyone "I am here, help me" without crying. Actually, this would be quite the advantage over the waste of energy needed to squirm and cry. The baby could actually live longer than his human counterpart

Not the answer you're looking for? Browse other questions tagged xenobiology biochemistry humanoid .

6
How could a humanoid shaped species have two brains?
5
How could a small human sized humanoid creature hang upside-down?
6
How would height be affected in an exoskeleton-based humanoid?
6
How can I explain the functionality of a partial humanoid grown from sperm
1
Which developmental pathway makes more sense?
5
How large could an aquatic humanoid get?
6
What could pressure a humanoid shape?
5
What purpose could algae have to glow in the dark?
4
How could my animal claws work realistically?