What dinosaurs could be domesticated?

I have heard that in order to be domesticatable, the animal has to satisfy the 4 F's:

Okay so let's narrow this down. All dinosaurs would fall under Fecund because a single dinosaur can lay up to 30 eggs at a time. Long maturity but lots of eggs. But even the biggest dinosaur eggs would not be much bigger than a basketball, otherwise, the dinosaur inside wouldn't be able to breathe.

Feedable narrows things down further to herbivores, omnivores, and carnivores up to the size of Utahraptor.

So these dinosaurs would be feedable:

Friendly, again, that's hard to say but I think all herbivores would fall under friendly, not so sure about the omnivores and smaller carnivores though.

But what dinosaurs would fall under the 4 F's and thus be domesticatable?

Bird are part of the dinosaur clade, and hence are dinosaurs themselves... and chickens are a good candidate for a domesticated dinosaurs because it is well, domesticated. Chickens are friendly, fecund, feedable and family-oriented too, so perfect candidate.

Chickens are fecund because they lay a lot of eggs

Chickens are feedable as you can feed them seeds

Chickens are family-oriented as you can raise it with your family.

There is no way to answer this. Domesticability is primarily based on criteria that do not leave fossil evidence. Three of the biggest factors are complete unknowns. The animal needs to engage in hierarchical social behavior (or be semi-social and group tolerant like cats) , they need a calm demeanor, and they need breed easily. All three of these are unknowns for dinosaurs. You can't even make an educated guess based on relatives, horses and zebra are extremely closely related and yet one was easily domesticated and the other has not been to this day. You are correct that dinosaurs are more fecunded than mammal so you have that working for you.

If you want to have domesticated dinosaurs your story you can and no one can say its impossible. There is however a few that can be eliminated; predators larger than humans are out becasue they would be far too dangerous and anything that has a generation time longer than the human one is out because it takes to long to get any use out of them but other than that you can do as you please.

Keep in mind how you define their behavior will have an impact, if you define dinosaur X in your story as temperamental and solitary then you should not have them domesticated as well.

It involves the process of imprinting. Individuals have used this to convince hatchling geese that they are the chick's parent with some spectacular results.

Of course you would want to choose a non-predator.

In fact domestication doesn't necessarily take centuries. Wild Siberian Foxes have been domesticated by selective breeding in this experiment which started in 1959 and got good results quite quickly. "People who have tried to simply tame individual foxes often speak of a stubborn wildness that is impossible to get rid of. ... However, one extraordinary experiment has found a way to domesticate foxes." http://www.bbc.co.uk/earth/story/20160912-a-soviet-scientist-created-the-only-tame-foxes-in-the-world .

Domestication is a process that evolves through centuries, and it must exist a background reason for that. Humans choose to domesticate an animal for their milk, meat, skin, eggs, for security (a guardian dog, for example) or company (you will not likely eat a cat, but you could eat a chicken. Both were domesticated for different reasons). You will need to create a background for the domestication: "why" humans would like to domesticate dinosaurs?

Besides, take in consideration the fact that there is not completely needed any of the "Fs" you mentioned. You can have a tiger in a cage as a pet (illegal in some countries, of course). Or have a bird as a pet (in a cage also). Both are in a cage, but if you left the cage door open, one of the animals will fly away and the other will eat you.

Circus used to have trained animals (zebras, tigers and lions for example) that are usually not domestic animals, but have enough intelligence to understand the fact that when they perform certain behavior, they get a prize or a punishment, and therefore they react. If you consider (in the scope of your history) the possibility of training a dinosaur (even perhaps not so domesticable), you could choose an intelligent one: I would suggest the Troodon (also know as Stenonychosaurus). It had the biggest brain-body ratio, and (without any other evidence) it may suggest a higher intelligence. Besides, it was (more or less) the size of a big dog. More details about the Troodon in this link:
https://www.thoughtco.com/smartest-dinosaurs-1091961 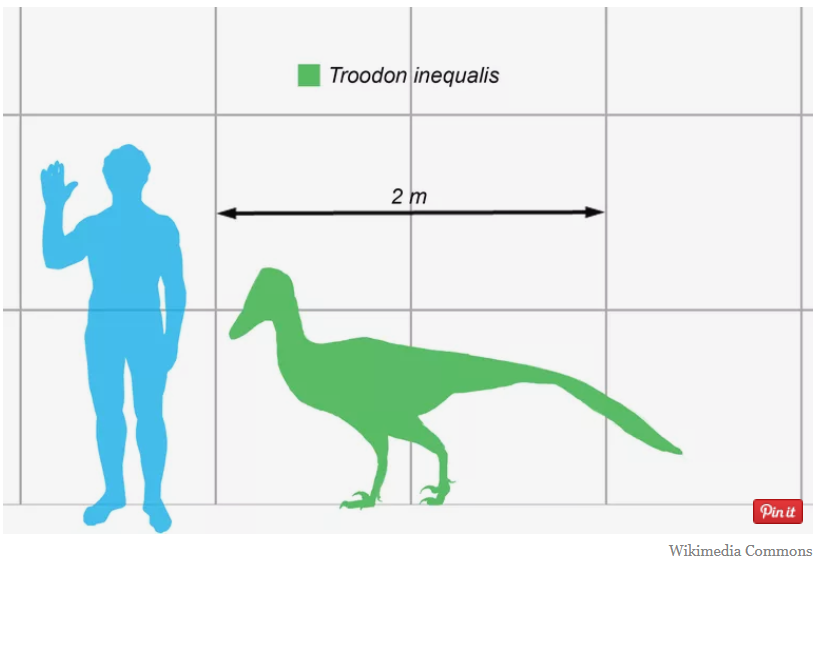 I think the best answer is really just to assume, at first, that all dinosaurs can be domesticated, and then apply an elimination process and work with that, as there's no way of knowing directly. you can eliminate:

Also, consider reasoning. We domesticated dogs to hunt with, cats to catch our rats, horses to labour and to ride, cows and sheep etc. for food.

Only carnivores can be used to hunt with or for pest-control, and as hunting goes, only relatively intelligent pack animals (I think a raptor would fit this category)

Also bear in mind that since dinosaurs had hollow bones, ridding them would be a problem as they'd probably struggle to bear the weight of anything that didn't have hollow bones.

Edit: For clarification: to be feedable, a species has to reproduce quickly, and has to eat abundant vegetation (note that dinosaurs went extinct before the existence of grass).

To be ridable, a dinosaur would have to be significantly larger than a human, and be intelligent enough to respond to commands (I don't think any dinosaur would fit this category)

Only pack animals can be used for hunting, as others cannot cooperate.

Not the answer you're looking for? Browse other questions tagged domestication dinosaurs or ask your own question.

0
Could a tribalistic society domesticate dinosaurs?

18
Could dinosaurs survive in today's environment?
10
Who would win? Dinosaurs vs Mammals
3
Ceratopsians for defense
4
The Next Dinosaur Titans
5
Could humans survive with dinosaurs?
7
How to Train Your Mimic (or, why would a Mimic be capable of domestication)
6
Will the Dinosaur Empire Still Stand Strong If Chicxulub Hit Earth at the End of the Jurassic?
15
Could Orcs have domesticated hyenas?
8
How CAN a Wyvern be a Scansoriopterygid Dinosaur?