Is this reaction realistic enough?

I'm building a world which has, apart from the 'usual' stuff, 2 types of stones (haven't really decided on a name yet).

When I was figuring this out I did a lot of handwavingand and would like to reduce this to a minimum (but there might still be involved).

In my world I would like to give these stones all kinds of appliances. Maybe as a flashlight or a weapon or a microwave or a streetlight, maybe things I haven't thought of yet.

Long exposure to any stone in relative small doses should be non-lethal to humans. Though if usage might cause harm that is just fine.

What I am looking for is a way to describe the relationship and reaction between the 2 types of stone. Preferably also the reasons why it would work as I described (in the appliances I would like to use them for). And perhaps it already exists in the real world somehow?

The details provided are not fixed yet. So if you feel like something feels off feel free to interpret them to make more sense. But the less you need to change the better. Details provided how these stones would work in the example appliances would be highly valued. 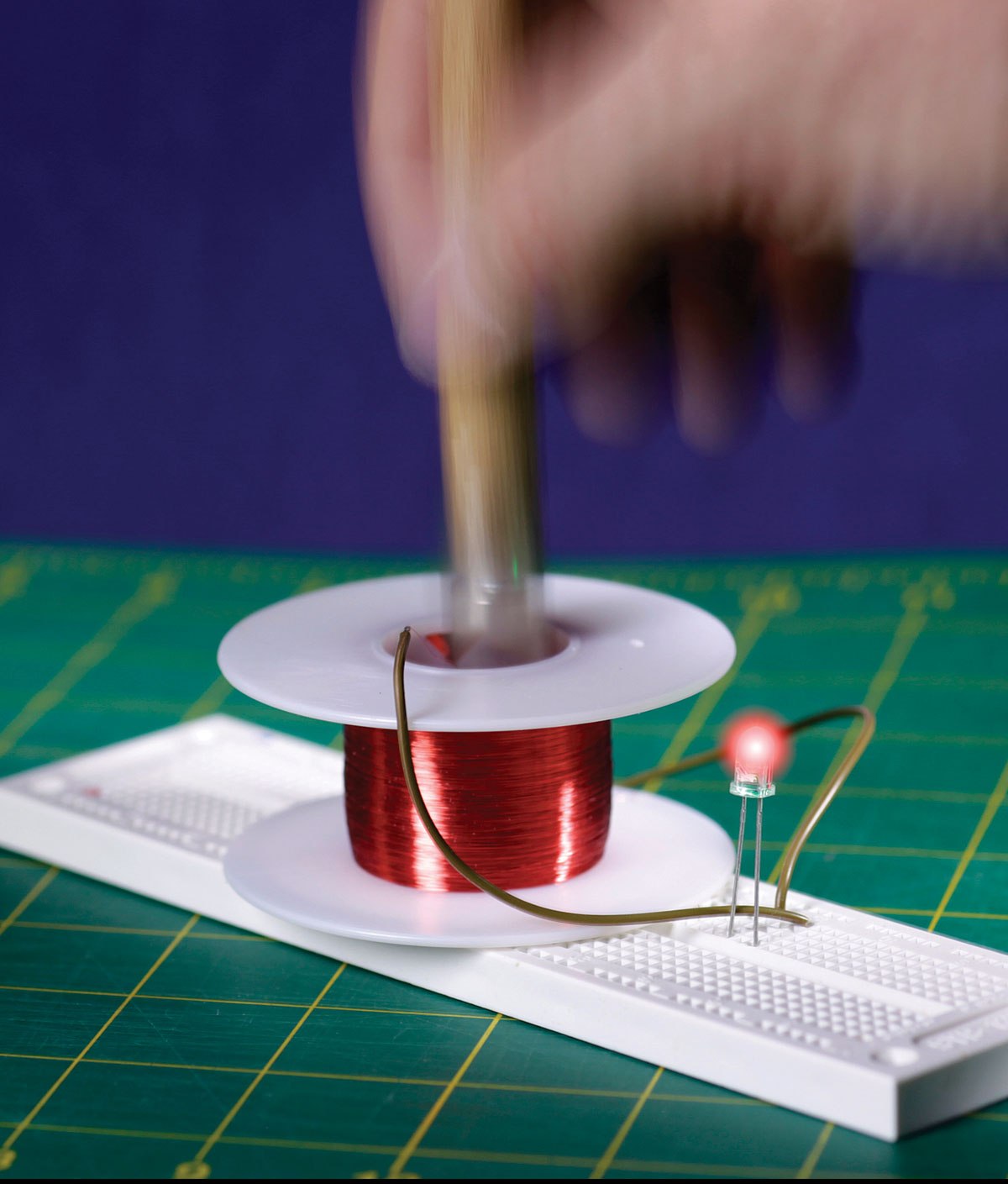 This is how electrical generators work in real life. In real life you have to keep the magnetic field moving, which means moving the magnet.

For your world: imagine stone B is a substance in which the constituent subatomic particles can be spun up so the magnetic field rotates without the magnetic stone itself rotating. You could hold it still in your hand and its field would spin around it. You would not notice this. But if you held stone B near the conductor stone A, the induced current in stone A would drain the spin energy from stone B until the magnetic field stopped moving, at which point no more current would be induced.

The magnetic field is your invisible radiation. The spin energy is the deplorable aspect. Alternate use: Stone B could also ring a bell very fast if held next to a magnetic ringer, which would be alternately repelled and attracted by the spinning magnet. If the spin was really fast it would be more of a buzzer than a bell.

You can attribute the spinning magnetic field effect principle to something involving proton spin, which invokes dense particle physics incomprehensible to most. The few who do understand will have a good laugh.
https://en.wikipedia.org/wiki/Proton_spin_crisis

Yes, it is realistic.

Something similar exists, and it is actually used to measure the age of certain stones: it is called thermoluminesce.

High energy radiation creates electronic excited states in crystalline materials. In some materials, these states are trapped, or arrested, for extended periods of time by localized defects, or imperfections, in the lattice interrupting the normal intermolecular or inter-atomic interactions in the crystal lattice. Quantum-mechanically, these states are stationary states which have no formal time dependence; however, they are not stable energetically. Heating the material enables the trapped states to interact with phonons, i.e. lattice vibrations, to rapidly decay into lower-energy states, causing the emission of photons in the process.

Thermoluminescence is a common geochronology tool for dating pottery or other fired archeological materials, as heat empties or resets the thermoluminescent signature of the material

Stone A in this case would be the pottery, while stone B would be a naturally radioactive stone.

You need only to add heat to release the luminescence.

Not the answer you're looking for? Browse other questions tagged reality-check technology geology or ask your own question.

6
Can I harness a volcano as a weapon?
6
What would be a mechanism to explain tech failure as a result of new magic in the world?
4
How to beat this time travel model?
59
Why is this creature afraid of water but not of body or plant fluids?
8
Can long-term exposure to high-energy radiation without corresponding visible radiation induce melanism in a species?
7
How could this flora/fauna symbiosis work?
2
Physical qualities to distinguish an insular group of radioactivity survivors?
5
What kinds of minerals or compounds could radiate heat?
30
How could indestructible materials be used in power generation?
5
Is it possible for an isolated island nation to reach early-modern (early 1700s European) technology levels?