A snow sea: How to make water snow light/smooth enough to obtain fluid properties under 1 gravity

A roughly earth-size planet orbits a cool G-class star, but barely within its circumstellar habitable zone ("Goldilocks zone") allowing liquid water. It has a shallow inclination and and lackluster seasonal change, fairly evenly distributed continental masses, and I think this would allow the poles to get very cold. (But should be warm enough on average for ocean evaporation and precipitation cycles, and to support analogues of tundra, taiga, and boreal forest in the "tropics".)

I had an idea, I want to see if there is a plausible way under these circumstances to allow for a polar "snow sea" such that the snow is light and frictionless enough to allow some degree of fluidity. I read this answer about "sand tides" and it has some interesting information on viscosity, so I googled "snow viscosity" and found lots of interesting information and math about rheology that I cannot really comprehend.

This powerpoint is what I came closest to being able to parse. It is more related to avalanches, but the math seems like it could be used to identify conditions where the viscosity of snow is least.

I did find out that snow is viscoelastic and you would have to mitigate both aspects of this property. What it looks like is that it would require the snow to

and probably the biggest obstacle is that

There has to be some kind of suspension effect.

The only ideas I have so far verge on phlebotinum:

Does anyone know of something obvious and more straightforward? I'm not just fishing for ideas here. If it is really too much of a stretch, I'm happy to hear about it.

This is my first question here, hi everyone. Happy to accept corrections.

Ooh, this is a tough one. For several reasons, the main ones being that (a) snow normally comes in flat, spiky flakes that don't slide past each other easily, and (b) ice, unlike most other materials, tends to melt when under pressure, so grains below the surface will tend to melt where they touch and then refreeze, sticking themselves to each other.

There are ways for granular solids to act much more like fluids than they normally do: namely, by fluidization. For this to work, you need a collection of fairly uniform, round-ish solid grains that do not stick to each other, as well as a substantial flow of gas (or liquid, but usually gas) upward through the solid grains.

The polar regions of your planet are really flippin' cold (which they may well be if the planet is at the outer edge of its sun's habitable zone, especially if there is little axial tilt and not much of a summer), cold enough that it takes a substantial amount of pressure for ice to melt, meaning that ice grains won't glom together unless there's a couple meters of ice above them.

Second, due to a meterological quirk, most of the precipitation in these regions falls not as snow, but as sleet. For some reason, there's a layer of much warmer (above freezing) air between the (very cold) ground level and the layer above where the clouds form. Water falls from the clouds as snow, melts in the warm middle layer, allowing surface tension to transform the flakes into round droplets, which then refreeze into tiny balls of ice before they hit the ground.

Third, there are fissures that deliver sunstantial quantities of some very cold gas from somewhere underground. This is probably not the result of tectonic activity, as gas released from a volcano would probably be warm enough to melt the ice grains. Maybe there's some endothermic chemical process that releases a gas. Or maybe there are huge, open underground caves that alternately suck in and spray out air taken from the surface. When the air pressure at the surface is higher than that in the caverns, air will flow underground; when the air pressure drops (perhaps due to an incoming storm), air will flow out. There are a few caves on Earth that do this, some of which are listed here.

When gas flows out of these fissures, if the opening is blocked by a pile of loose, recently-fallen sleet, the flow rate may be enough to fluidize the sleet. So as you're walking around on the ice caps of this planet, you may occasionally find what initially appear to be pools of boiling water... except it's not boiling, it's not really a liquid, and it's quite a bit dense than water. So don't jump in it. You'll sink.

Not Possible With Regular Water Snow

Snow compacts into ice under its own weight once it gets deep enough. This is actually how glaciers are formed here on earth.

Somewhat Similar Activity By Other Means

Recently scientists discovered methane-snow dunes on pluto. This is pretty odd since pluto doesnt have enough of an atmosphere to form wind, which is required for dunes to form. They theorize that melting and off gassing nitrogen deposits toss frozen methane crystals which swirl and settle under the minimal but still adequate pressure of the outgassing to simulate the same dispersal patterns wind has on sand under higher pressure atmospheric conditions on mars or here on earth. So we now know that wave-form phenomena can occur without an actual atmosphere present, it's just not going to be behaving as a liquid but more like sand. 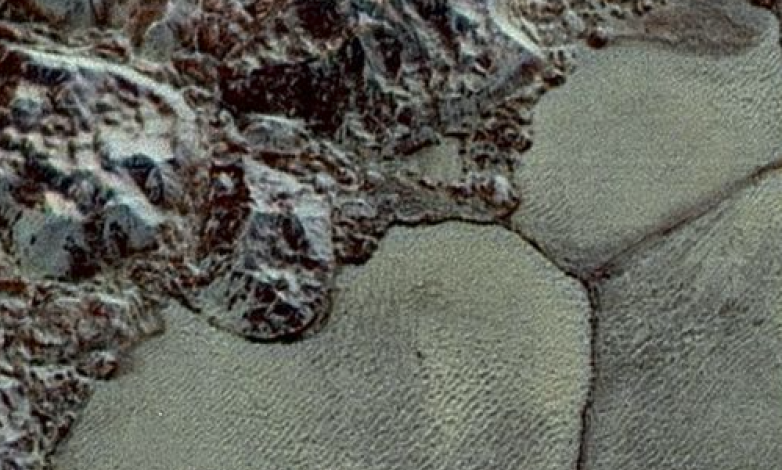 Not the answer you're looking for? Browse other questions tagged reality-check physics environment weather ice or ask your own question.

17
Is it possible to have a planet with sand tides on deserts?

44
How do I prevent my turtle from collapsing under its own gravity?
24
How would the human body develop under a different gravity?
4
How to make a planet with differential gravity and constant daylight
3
How hard would be to make a concrete fluid container to explode?
2
How would molluscs work under an amoebic sea?
14
How can an ocean of sea water behave like honey without changing the chemistry?