Is a sledge hammer a reasonable weapon choice for an entire story? [closed]

I'm writing this video game and I decided to focus on a single weapon type for the combat. As the title implies, the main/playable character exclusively uses two-handed hammers as weapons. While this decision came as a result of the combat I'm planning, I do think I need to justify the main character's choice within the game's narrative.

To that end, this character used to be part of a peasants rebellion (the setting is a European-ish feudal society in the medieval ages). During this time, he leaned how to use his above average strength and a sledge hammer to bust through the plate and chainmail armor of aristocratic knights. Due to having a lot of experience with this style of fighting and no training with other weapons, he will forgo using swords, axes, or ranged weapons in order to stick with what he knows even when fighting unarmored or bestial opponents.

So, my question is, is the above reasons sufficient justification for my character's fixation on sledge hammers, and, if not, what else could be done?

Some information of dubious relevance is that the character is much stronger than his size implies (he is slightly below the average height at the time), he is in hiding after leaving the rebellion (his side lost), and he does have narrative opportunities to acquire more traditional armaments. I can't just say the all shops only stock sledge hammers after all, so I need the character to actively not care to try other types of weapons. 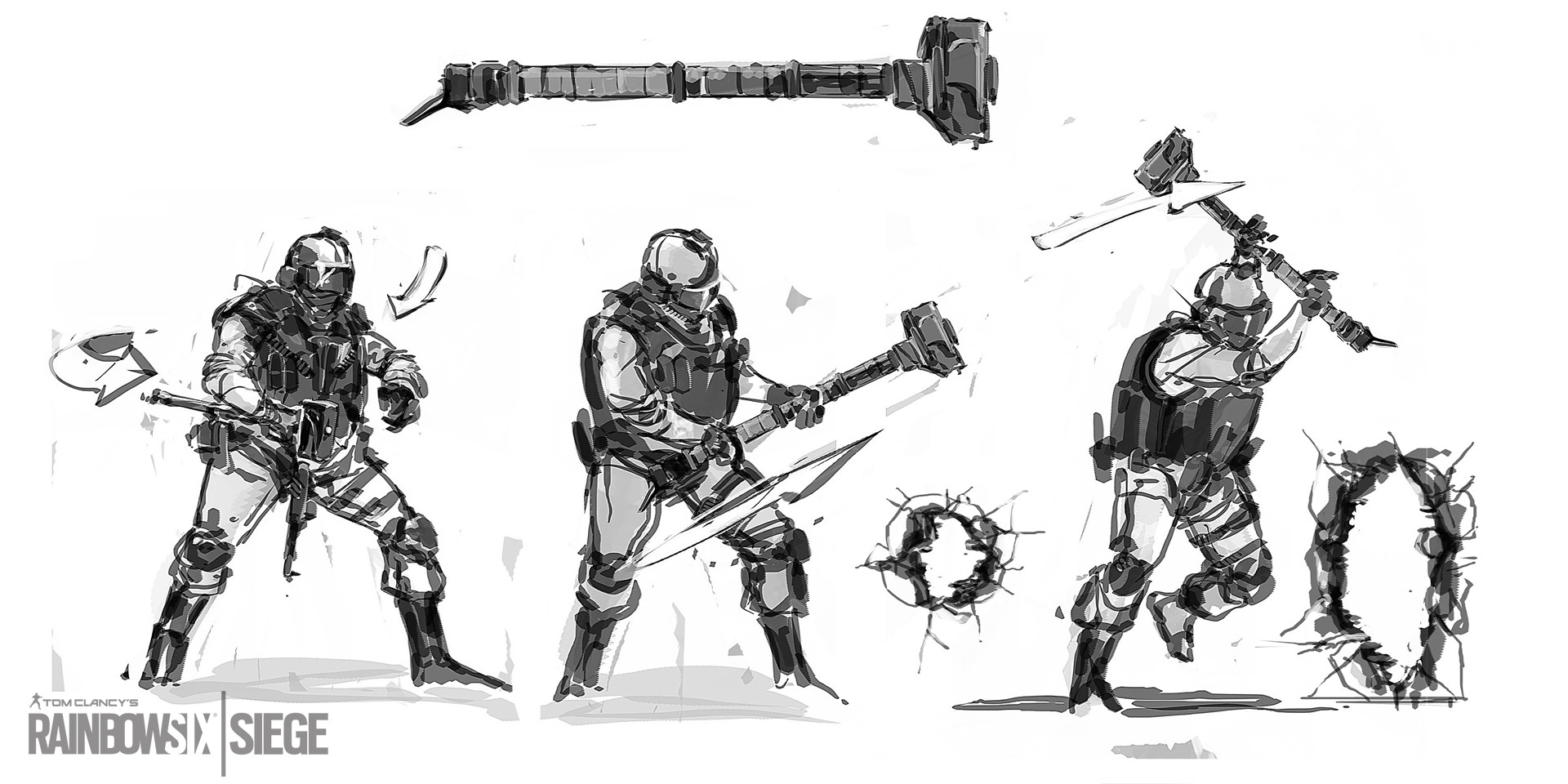 This is an image showing the relative size of the hammers in question.

Yes he was in a peasants rebellion and yes he used his big hammer to effect. But the reason he had that hammer was that before the rebellion, he earned a living with it driving things into the ground. He was assigned hammer work as a very large and slow-witted teenager, and was so good at it that he never did anything else. He considers his current job to be a sort of extension of his old one.

I picture this dude less like kung fu Boba Fett in your image and more like Lenny from Of Mice and Men. Lenny has a limited number of hammer moves. He has not needed more.

24
The new rioters weapon of choice
32
Perfect weapon for two-elbow creature
11
Mermaid Land (and Sea?) Combat
21
For a head of a palace guard (staying mainly inside the palace), is an estoc a realistic weapon of choice?
7
Boomerang fighting style?