Where would a dense population of human beings live underground?

By that, I don’t mean what type of structures, I mean under which part of the Earth? It's an extremely densely populated nation. As densely populated as many major cities - think Hong Kong and more specifically the Kowloon at its prime.

I’m struggling to think about where on our planet this place would be and roughly how big it would be. I need to know this for traveling distance purposes. For reference, Hong Kong is 2754 km2 with a population of 7.347 million people - that’s around 6500 people per square kilometer.

Also, assume they have the tech to be able to build and maintain this space as this takes place a thousand or so years into the future. They have absolutely no contact with the outside world so it doesn’t necessarily have to be entirely under an inhabited continent but certainly off of the coast of one.

Well this its a very complicated scenario, the maximum amount of people for a city with a Kowloon kind of lifestyle would be huge, like stupendously huge, in an area the size of Delaware you could fit all of the current human population so the amount of land its not an issue here, given that fact your real limitation would be how to feed all the resources taken by such city, basically we would take all the resources in the entire world just to feed such behemoth, and here I would have to ask, do you have hydroponic systems? does energy gets supplied by fusion reactors? if the answer to those its yes, we could discard any coastal areas due to inundations, the same for rivers and lakes (there are huge sources of underground water almost everywhere), same for agricultural lands or fossil fuels, fusion and hydroponics make such things irrelevant, hence we would have to search for rare earths like lithium and the high metal concentrations that the construction of such city would need for steel, currently the leader for rare earths its China, given that they have also a developing steel industry I would say that they are the perfect candidate.

You could go with deep caves like Krubera https://www.gizmodo.com.au/2014/03/the-complete-map-to-earths-deepest-cave7208-feet-deep-8-miles-long/ or large caves like Hang Son Doong in Vietnam (just an example) https://en.wikipedia.org/wiki/Hang_S%C6%A1n_%C4%90o%C3%B2ng where the cave is quite large it has its own ecosystem.

They can probably operate some form of clean energy such as a super refined nuclear fusion plant that is small and powerful enough to power your civilization.

Another thing to note that in Australia, they have built underground dwellings (town) in Coober Pedy as they mine opal there (https://en.wikipedia.org/wiki/Coober_Pedy). Hope these examples give you a good idea where to build your underground place.

An analysis of most existing cave systems may yield your answer.

Existing cave systems normally form in limestone rock, normally through erosion of hundreds of thousands of years caused by water. Some of the largest caves in the world, those in Borneo or Vietnam, are also tectonically formed too.

Access to Hang Son Doong cave (the largest cave in the world, 5km long, 200m high and 150mm wide) is restricted, mainly because it is flooded much of the year and quite dangerous. However Deer cave in Malaysia (174m wide and 122m high) attracts 25k tourists a year. 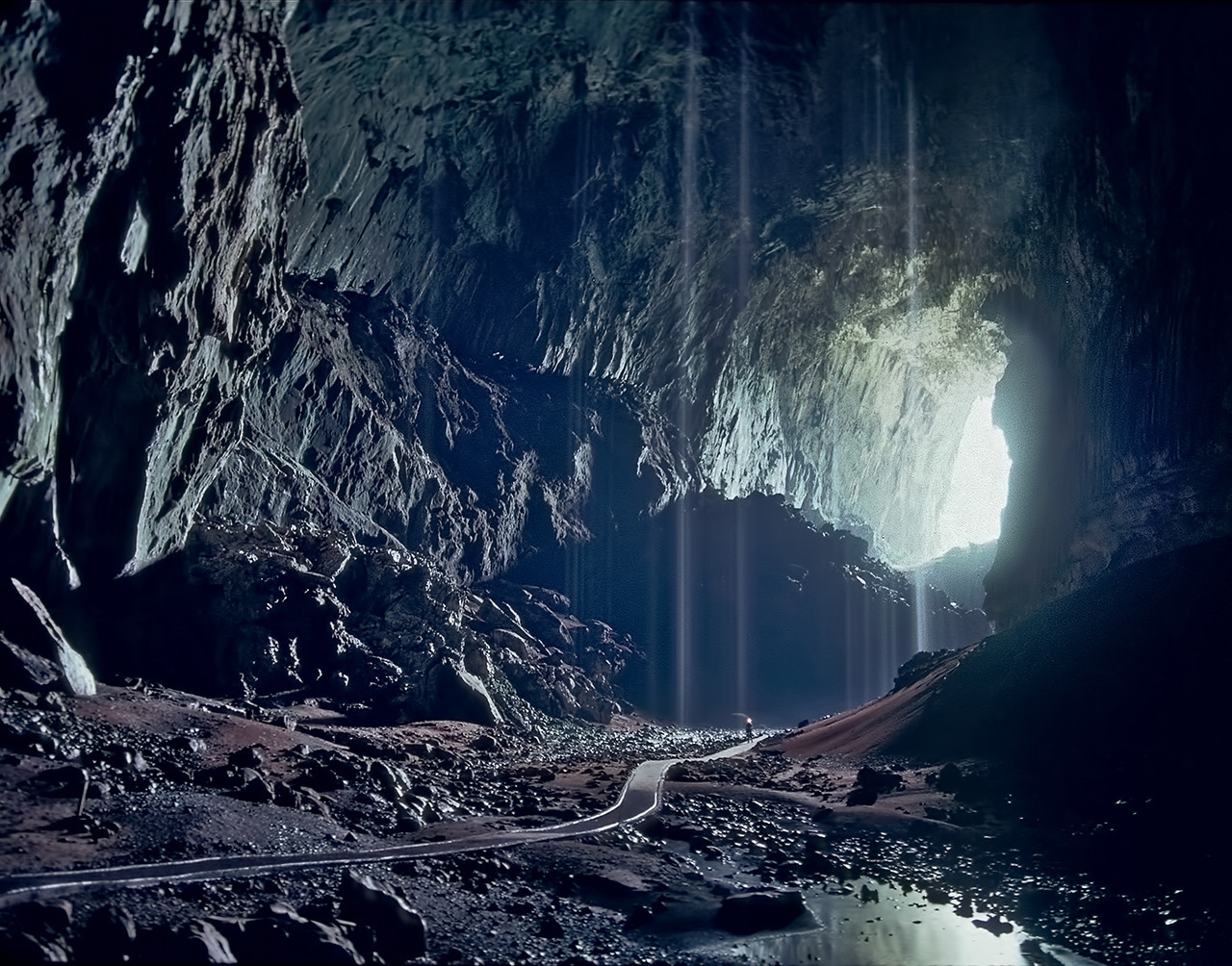 I would suggest your underground cavern must therefore not be able to be flooded - therefore in a mountainside is the best location such as Deer Cave above, in a fairly elevated position above sea level, in a region of the world where tectonic forces are pushing land up (not down).

The underground cavern must be in a relatively stable material (limestone is good) that is also able to be extended or worked on with little industrial effort.

Finally to sustain your city you would need an energy source, and water source. Spring/river passages could serve this purpose, evidenced in most caves, requiring lots of rainfall - likely in tropical regions.

My bet is your city should be in the tropical bands of the earth, in mountainous regions.

Not the answer you're looking for? Browse other questions tagged earth far-future underground .