Can capybaras spread to Louisiana from Venezuela and populate it in less than 1000 years?

Some hundreds of years ago, all humanity was removed from the Americas. In fact, most humans are gone from the world altogether. In the intervening time, nature has overrun the formerly human dominated landscapes of the former United States.

The area referred to in the title is the lands formerly around New Orleans. Much of it is underwater after a millenium of global warming and sea level rise; but what remains is cypress and tupelo swamp, live oak thickets, and grassy fire-dominated pine savanna. It is hot and humid in the summer, wet all year round, and rarely freezes in the winter.

In short, this is the perfect environment for the capybara. 1000 years was enough time for many Central American animals to migrate up to the swamps and savanna of former Louisiana. Jaguars are here, along with peccaries and brocket deer. In addition, many escaped domestic animals--horses, cattle, chickens--roam the savannah. But the problem with the capybara is that it is starting pretty far away in the Orinoco Delta of Venezuela.

There are two ways the capybara could get from Venezuela to New Orleans. It could walk along the Mexican coast; or it could island hop, spreading across the many capybara-friendly islands of the Caribbean. Can capybaras spread to Louisiana from Venezuela and populate it in less than 1000 years?

They are already here. 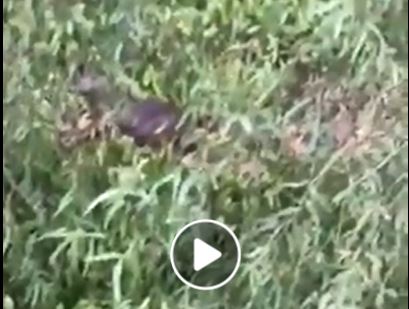 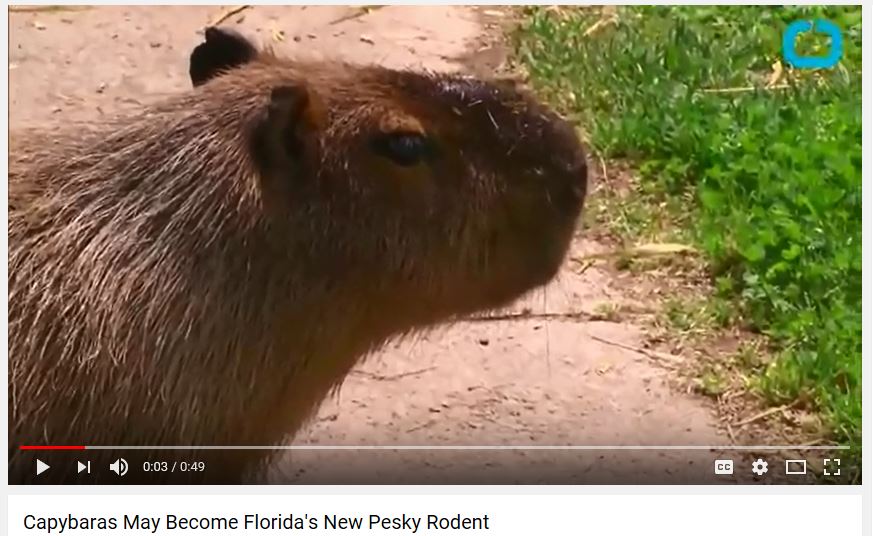 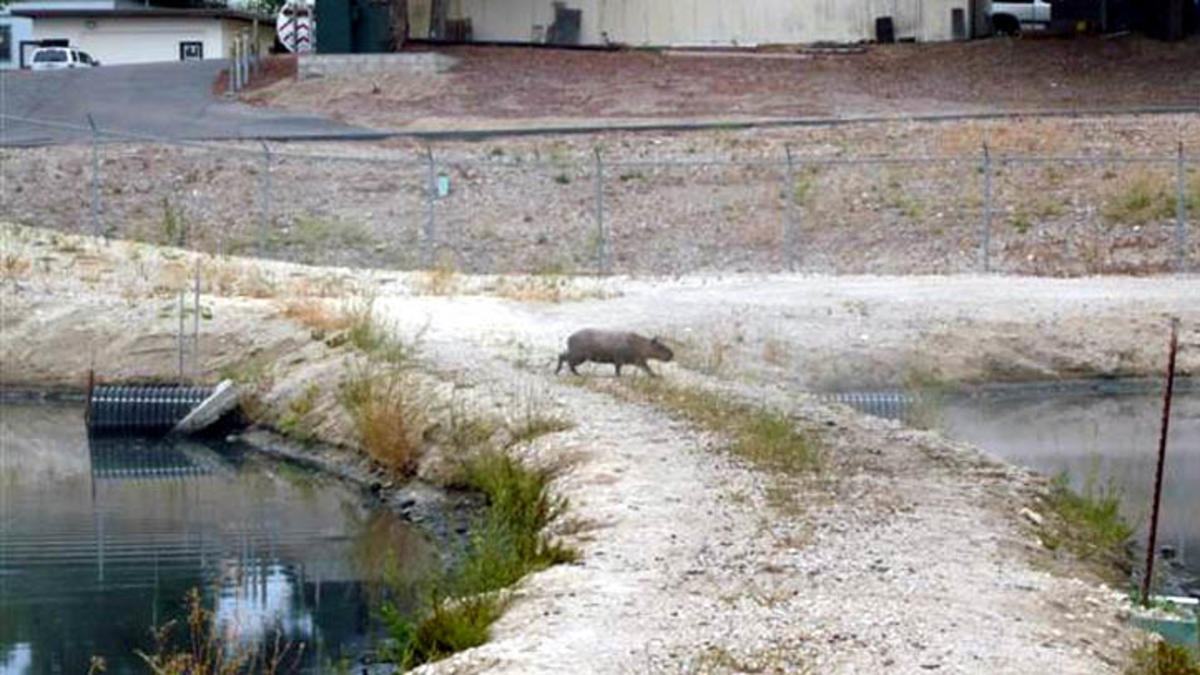 People suggest the these capybaras are escaped pets. Maybe. Or maybe they have come through the Bigfoot dimension and are less wary about getting captured on film.

To travel about 7000km (the land route), given that the average capybara moves about 700 metres a day, it would take a lone animal about 10,000 days to make the journey. 27 years walking, they tend to live about 7-10 years, so he's not going to make it.

We're not talking about a lone animal though, we're talking about population spread. This means they don't move 700m a day but rather a distance the diameter of a territory per generation.

Rather sedentary habits allow ranchers to manage capybara without fences

The trouble with moving capybara quickly is you need to move entire groups, fewer than 4 adults together won't raise young, there are no parthenogenesis shortcuts here. So while individuals could be storm-blown on a raft to a new location, or an anomalous individual may walk considerably further than average, you'll need to build up reasonable numbers together to begin breeding.

Assuming larger territories towards the edge of the range and smaller territories in the centre, and being optimistic, it could take 2 years for a small group to expand 1km. A very large population could move faster than that over a short period as the groups hit their upper size limits and force new adults out of the territory, but they might then not expand again for a couple of years.

What is the driving force for the capybaras to move so fast to somewhere so remote? Animals tend to move into new environments when the current one is overloaded and can no longer sustain the population easily (https://en.wikipedia.org/wiki/Carrying_capacity). So capybaras will need to thrive in their current habitat, then move to a new nearby ecosystem to look for easier sources of food, reach the carrying capacity of that environment then move again. Over and over again until they reach North America.

Given that capybaras live for an average of 10 years and have pregnancies that last for 5 months, this seems like it is going to take a very long time. Turn over is not going to be very fast.

Last I checked Mexico is also a desert and global warming will only make it even more of one. So this is a natural bottleneck for the creatures that will prevent them from passing. You suggested island hopping, but the islands on the path to New Orleans are very sparse and many of them will be under water after sea levels rise like you suggest in your question with New Orleans being squarely beneath the sea.

So to me it seems like they would never make it to North America. By the time they do, they wont be capybaras anymore, but an entirely different species.

As other answers have noted, 1000 years probably isn't enough time for capybaras to spread from South America to the North American mainland, but they don't need to.

I'd start by suggesting you don't need capybaras unless you really want them. Louisiana already has some pretty big swamp rats, the nutria or coypu, which grow as big as 20 pounds. As that link lays out, they're already a full blown infestation, from an invasive non-native species.

If that doesn't appeal to you, there are already capybaras in the US, and scientists are warning that they're poised to be the next invasive rodent species threat in north Florida (which is very close to Louisiana, of course)... the coypu/nutria having been the previous invasive rodent species in the American south. So, they don't need to migrate from Venezuela, the existing feral population in north Florida just needs to survive and thrive a bit.

There are two ways that capybaras could move a long distance in a thousand years. Both have been observed in nature.

First, they can walk. If the local conditions are right to support them, animal populations can spread very quickly. But, basically, for this to work, you need a continuous strip of dense forest with water covering the whole route. I don't believe that there is anything like that presently between Central America and New Orleans. If there is in your world, then it's perfectly possible for them to spread that far in a thousand years.

(Note that a concentration of predators along the route might act as a barrier.)

The second way they could get to New Orleans is to ride. Storms which produce major flooding regularly float very large rafts of trees and vegetation out to sea, and it's common for there to be animals trapped on the rafts. Most of them -- probably a very great majority -- break apart at sea and everything drowns, while others wander until everything dies of thirst or hunger, but occasionally such a raft gets pushed to an island or another continent and the hitchhikers are in a new home.

There are quite a few cases of island populations where where this is the only known way they could have gotten there, so it happens. What I don't know is the statistics of it and where this could plausibly be expected to happen in a thousand years.

Based on your description, I have a feeling that tornadoes and hurricanes will be more frequent.

They have the nice (well, depends on the points of view) habit of carrying things around, and it can surely happen that some capybara is carried along the storm. The few which will survive the flight and land close to an island can settle up there, until the next storm.

It's a sort of Monte Carlo based traveling, but I think over a time span of 1000 years it will allow a decent spreading of the capybara around, reaching even Louisiana.

Under this hypothesis, a tornadic waterspout transports animals to relatively high altitudes, carrying them over large distances.

Nutrias, which escaped from fur farms in Louisiana, are already a major pest around the area. By 1950, there were 20 million of them in coastal Louisiana, before major efforts by humans reduced the population (including paying a $4 bounty on nutria tails). They got to be so much of a problem that one former sheriff of Jefferson Parish sent out SWAT teams to shoot them.

The big herbivorous rodents with spiky fur living in the bayous are therefore probably going to be nutrias. Even if capybaras could make the trip (probably a breeding pair of escaped pets rather than a migration from South America), they would have to compete with the feral nutrias.

Not the answer you're looking for? Browse other questions tagged post-apocalypse fauna .

181
Humans are Gone: Do the Chickens Make It?

12
How would humans treat dogs that are more intelligent than humans and can speak?
181
Humans are Gone: Do the Chickens Make It?
74
Humans are gone - what can I harvest from their cities 30M years later?
3
How can leg amputation be done and how would the amputee recover in a post-apocalyptic world? (50 years after our current time)