Is there any way to Terraform Ceres?

In the "Warlords" Universe Ceres is the diplomatic and economic hub of the asteroid belt dominated by the rule of the 'Governor' and the 'Intercessor' (The Speaker for the Hegemon herself).

Now I'm stuck on is terraforming Ceres actually possible? I so far haven't addressed the issue only writing lore and information that can fit with either a terraformed Ceres or one that isn't.

In my mind if Ceres is able to be Terraformed it might look something like this due to ice melting and the possible inner ocean either being brought to the surface or some other effect of the Terraforming process. 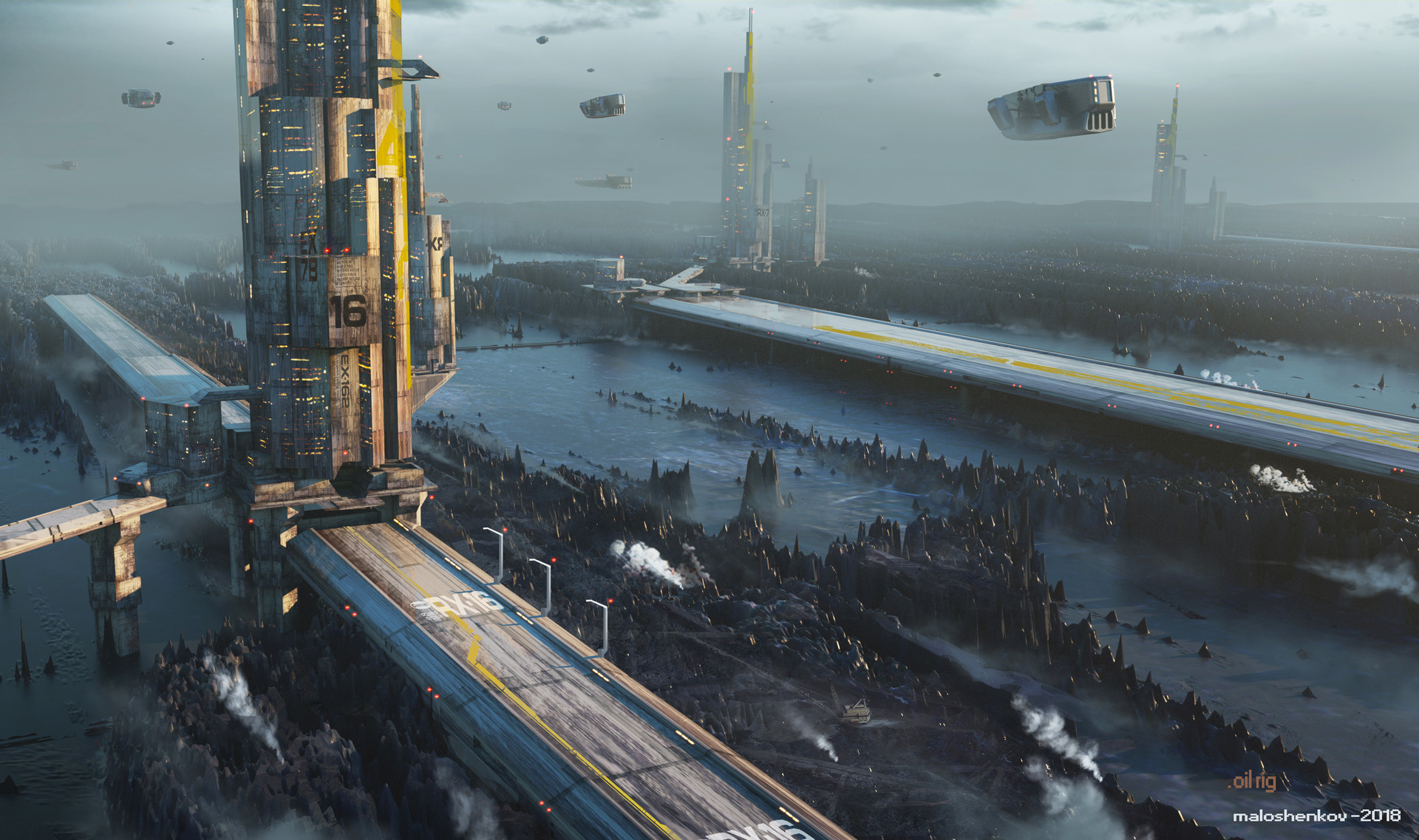 What the Hegemony Wants: The Hegemony wants Ceres to be terraformed (if possible) either A: Have a breathable atmosphere or B: a 'safe' atmosphere that would need limited equipment to breath in.

Note: If you want to go into the economics Ceres could have Tholin based fuel industries for the miners of the belt and also become a playground for the rich and powerful of the asteroid belt (golfing course, resorts, ect)

Our problem is Clarke's Third Law, "Any sufficiently advanced technology is indistinguishable from magic." As stated, the only answer that can be given is "yes" because it can always be magically terraformed.

What is the specific (very specific) tech level we're dealing with? Our own? The answer is no. Anything we develop in the next 50 years? The answer is still no.

Given that 95% of our current technology was developed in the last 150 years, what about 150 years from now? Terraformed? No. Populated? Likely! A habitable shell is little more than a permanent space ship. So, the answer is "yes" assuming that anybody wants to or that a good reason exists to do so.

300 years from now? I'm going to say yes, absolutely yes. But how? Prognosticating solutions is a pain in the rumpus. If you think about it, with today's technology we can't accurately and consistently predict tomorrow's weather. Environmentalists have been failing to predict the end of the world since the late 60s (and still can't do it.). My goal here isn't to start a debate over global warming and climate change. Polution sucks, we all know it, and we should be diligently working toward reducing and eliminating it. My point is, science is really good at gathering data and really bad at predicting what that means.

So, you shouldn't get your hopes up over my predictions.

As Alexander points out in a comment, Ceres doesn't have enough gravity to hold an atmosphere in place. It's a bit distant from the sun, too, so even if there were an atmosphere, it's a bit chilly. Let's address these first.

Ceres is going to be humid. That's the price of a low gravity. I have no doubt plants will grow on the surface of Ceres, but watering the little green beasties is a whole lot of hurt. You can't simply turn on sprinklers as most of the water will be bouncing off your atmospheric shield. In fact, I can easily imagine drowning the population in an effort to irrigate the vegetation.

Rivers, streams, and ditches don't work, either. At least I have trouble with them. Low G simply plays merry mischief fluids. You'll have trouble just sitting at a cafe and sipping a soda (can you imagine carbonation in a low-G environment? There's an entire Monty Python skit right there!)

So, we're talking about piped water for everything. That'll cost a king's ransom. Not just a drip system for the plants, you need to hydrate the ground. Everywhere. Digging all those 2" wide troughs is inefficient, so we're talking about laying a grid of 2" wide soaker hose everywhere on the surface (where you want plants) and living with the high humidity that will result.

In fact, you'll need condensers to reclaim water from the humidity. But it can be done (300 years from now).

I'm only going to touch on plant control, but mowing your lawn will be a pain as plants quickly adapt to the low-G environment. They have heat and possibly enough light (easily solved with a bunch of aesthetically placed artificial sunlamps. We need parks, right?). They have water and we'll assume nutrients (transporting solids, like manure, would have been solved 200 years earlier). But they'll grow long and stingy in the environment. Mowing lawns in a low-G environment might be, well, a bit dangerous.

Behold! the Roomba Mark XX Low-G Lawn Robot! Complete with top-mounted ion thrusters to keep it near the ground and lawn-gobbling plasma surrounding the outer edge to cut the grass!

The biggest problem with terraforming Ceres is getting around. Most likely people will be transported everywhere for comfort, but nothing will work better than the good-old magnetic boots!

Which, 300 years from now, will be a natural part of the soles of our shoes, including a bit of nano-computing AI to dynamically adjust the magnetic field strength so that, as we walk, only that part of the sole that should be in contact with the surface of the road, actually is in contact.

And everywhere we walk has some ferrous materials...

Which means that 2" soaker hose is now a 2cm soaker hose and the material it's made out of is magically magnetic (We love you, Arthur!) 'cause we want to stroll in the grassy wilderness of Ceres!

As you can imagine, I've only touched on a fraction of 1% of the problem of terraforming Ceres. We don't know how to terraform Earth (but we try!), but it's a fun thought exercise.

Having any kind of atmosphere, in the natural sense, is pretty much not going to happen. With only 3% of Earth's gravity and no magnetosphere, Ceres has virtually no ability to retain atmosphere against the solar wind. Even Mars has difficulty holding a useful atmosphere, and it's substantially bigger and outgassier. If you try melting a subsurface ocean, what will happen is that sunlight will dissociate the water into H2 and O2, and the solar wind will ablate it off the top of the atmosphere until it's gone.

Now, it's not that big. A civilization that's into some low-grade megaengineering could build enclosures over large parts of Ceres's surface, which could be pressurized. However, gravity is your next problem: .03 g is not at all livable for humans for any significant length of time. You can run your base on a train around the surface, or spin up the entire asteroid, or various tricks of that nature.

Heat's another big problem. You're much too far from the Sun to rely on its heating, and unlike some of the gas giant moons, you don't have any tidal heating to help out. Basically, you'll need to generate your own heat.

All in all, it might be easier just to build a habitat next to Ceres. Give your rich and famous a lofty tower from which to look down on the toiling proles, etc.

Your answer is a shellworld: ...inflated shells holding high pressure air around an otherwise airless world to create a breathable atmosphere. The pressure of the contained air supports the weight of the shell.

I am simply going to say: yes, it will be possible, but not on the outer surface.
The idea would be to hollow out Ceres, increase its rotation so that you'd get 1g when standing on the then inner surface. It would be comparibly easy to fill the inner, carved out sphere with an atmosphere.

This is a bit like this hollow earth conspiracy or like a dyson sphere without the sun. Talking about the light source, this would have to be provided artificially of course as well as you would need locks to the outer surface for ships to pass through.

The idea of a hollowed out Ceres is essentially seen in The Expanse, albeit it not to the extent I described here.

Not the answer you're looking for? Browse other questions tagged science-based reality-check terraforming or ask your own question.