Is it possible to build cities on Argentine and Brazilian swamps?

I'm creating a developed country in South America with its development similar to that of Canada or Australia (little behind the US) with population around 160M in 1850, growing to 346M in 1925 and 460M in 2015. 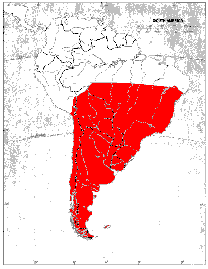 Before the industrial revolution, the majority of the population was concentrated in fertile cropland regions. The two largest ones (1, 2) are highlighted in RED in the following map. 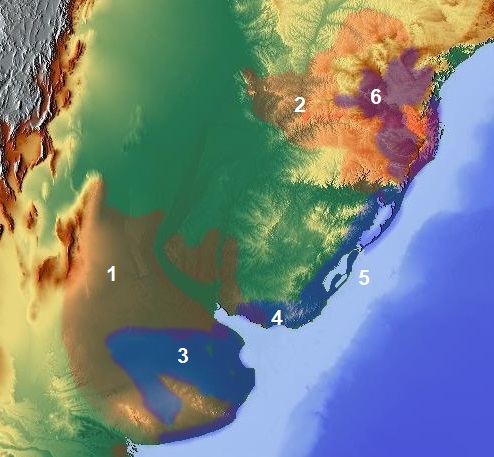 But soon after the urban and population boom in the late 1890s-1900s the authorities realised that the country may soon run short of the croplands. That is why the latter industrial and urban development had been redirected from the red fertile regions to the blue ones, which represent non-fertile and thus almost uninhabitated grasslands, although with favorable climate.

The problem is that the regions no. 3 and 5 are extremely swampy, being flooded on regular basis. This all is caused by its very flat relief with just few metres of altitude. The region 3 (Pampas) has no major rivers except Rio Salado, changing itself to series of lakes during rain.

This caused washing the nutrients out of the soil and accumulating salts - thus the name Rio Salado (salty river) and thus the weird shape of the regions 1 and 3. This image shows the soil fertility (red) of the region: 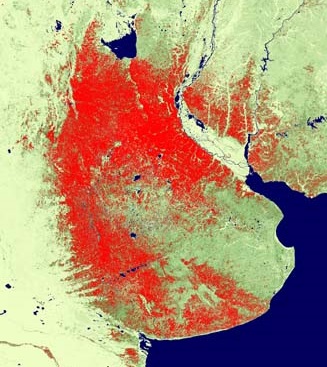 I know that there are many cities in the world built on swamps but none of them were as extensive as these ones in Buenos Aires county in Argentina and the Brazilian state of Rio Grande do Sul (its coastline).

1/ Is it possible to build an effective drainage system in such conditions, so far away from the ocean?

2/ If so, would the land be stable enough to build the cities on?

Thank you for your answers.

Swamp draining is definitely possible with turn of the century tech.

Although a much smaller scale, Disney did something similar with its park in Orlando in the 1960s. The land there was just as swampy or swampier than yours.

Walt Disney World is located on acre after acre of wet, boggy swampland. When construction began in April 1969, the Reedy Creek Improvement District's initial challenge was how to make this land suitable for a gigantic theme park resort without utterly destroying the local environment. As Central Florida essentially floats on fresh water, any drainage systems implemented at Walt Disney World could potentially have an impact elsewhere. To manage the issue, more than 50 miles of canals and levees were constructed. Watergates help to control levels by floating open when the water reaches certain levels, and closing again when they subside. The canals are designed to look like natural streams, curving through the landscape rather than flowing down a straight channel.

Orlando is now much bigger than just Disneyworld and they have repeated the same maneuvers over and over. If you keep your eyes open you will notice lake after lake. Instead of a bunch of swamp land they have a bunch of lakes and dry land: dig out the lakes and put the excavated dirt on the build sites. The lakes are connected with canals to control water movement.

Your world is set earlier than Disney, but people definitely could excavate major canals in the 1890s-1900s, the Panama Canal being the premier example. The Erie Canal was even longer and even earlier. Excavating lakes was in their power as well.

Strategies contemporary to your period could also be lifted from the building of Chicago, which sits on a swamp.

Offering just a short portage between the Great Lakes and the Mississippi River basin, the area that would become downtown Chicago was a natural choice for the city’s settlers — and a naturally swampy setting. Ray Wiggers, a geologist with Oakton Community College, says Chicago’s bedrock is buried beneath silt, mud and clay.

“If you had been here, for example, in 1820 when Chicago was still a very small settlement, what you would have found first of all was a soil profile that was mostly wetland soil. It would be something we’d call a histosol — it’s very peat-rich, very rich in organic matter,” he says. “Very swampy, marshy.”

The soil was so slick that in 1856, Chicago lifted itself up to 14 feet off the ground to keep from sinking and sliding around in the mosquito-infested marshland.

Worth noting: the entirety of this huge area does not need to be drained up front. Leave it swamp until you need to build on it, like in Orlando or Chicago. As the region grows, the tax base to pay for continued development will grow as will the interest of developers. A problem for this region related to the swamp will be malaria and yellow fever and so it makes sense to drain swamp / convert to lakes in areas adjacent to where you have built.

Draining the land isn't the issue, not technologically; there are places with less topographic advantage, New Orleans, most of the Netherlands, that are kept dry easily with modern technology. In some cases these areas were originally drained using medieval earthwork techniques and windmill powered pumping stations. The biggest hurdle to building a city that you may face is long-term shrinkage of the soil. The ground you drain is going to be primarily composed of Peat, depending on the total degree of drainage such soils can lose several feet of elevation due to a month or two worth of summer drought. If that Peat is deep enough and close enough to the coast then drainage alone won't let you build, you'll also need to invest heavily in coastal flood defenses and drive deep pile foundations down to the bedrock before you build a lot of your major infrastructure.

stilt house wikipedia (here i got the image from) 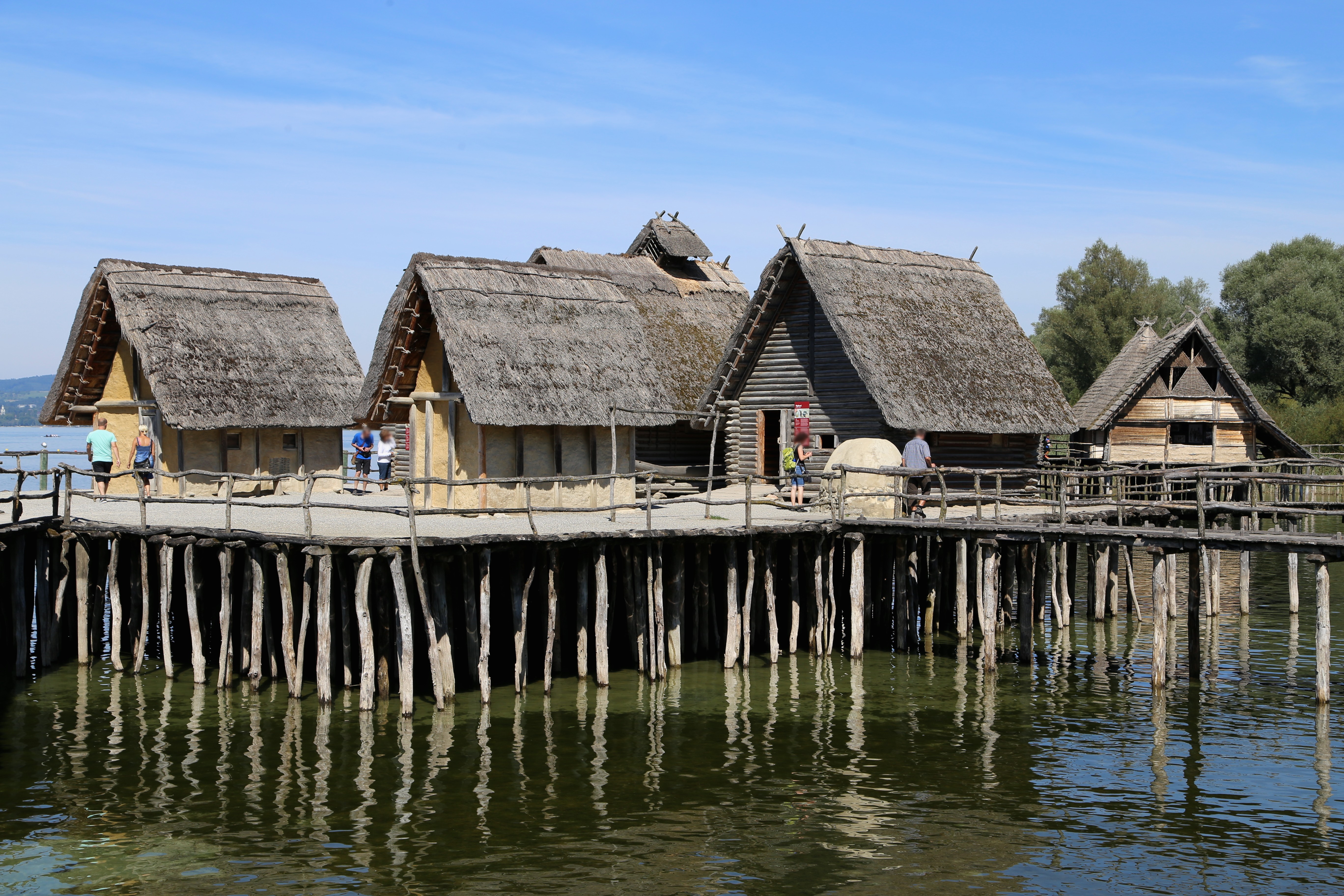 Not the answer you're looking for? Browse other questions tagged environment geography landscaping .

13
The shortest possible distance between a boreal area and a hot desert?
3
How realistic is the placement of the cities and borders on my map?
6
What are the circumstances in which swamps or everglades can have dramatic low and high tides?
20
Why build underwater outposts, rather than ocean-surface settlements?
3
Creating flying cities
6
Depth and Temperature of Polar Underground Cities/Tunnels
8
How can I justify that dunes keep drifting and cannot be stabilised?