Feasibility of a village improving its economy through hot springs

I'd like some reality check advices about the following village set in a fantasy world vaguely resembling early-to-middle medieval Europe in our world. Note the phrase "vaguely resembling": I'm consciously making this a much more liberal, friendlier and safer world.

Let's call the village Brillam. Brillam is a small village housing around 400 people, along a mountain path to the neighboring country. The path takes as short as 7 days on foot, but is rather rough. Attempts to make the path smoother have failed for both economic and technological limits. Brillam's main source of income is from the traffic through this path.

Below Brillam, on a flatter land is a larger town named Alensus, housing around 2000 people. Brillam and Alensus are one day's travel apart. Alensus is along another path to the same neighboring country, which takes at least 10 days but is smoother, allowing carts and carriages to pass through. The difference this makes is that large caravans and wealthy individuals would almost certainly travel through Alensus, and traffic through Brillam would be limited to people who prefer speed such as messengers, merchants on horseback, and people who have business in the mountain. This makes Alensus much more prosperous than Brillam, although Brillam still has enough traffic to get itself going.

Now, I'm considering an idea that Brillam does have a resource it could use to improve its economy, which is a geyser nearby. Not the only geyser in the mountain, but certainly something that Alensus doesn't have around. The path to the geyser isn't exactly a short picnic and the spring itself is quite small (fits only like 8 people), so the people of Brillam haven't really thought of using it to attract travellers, but one day an innkeeper decides it's worth a try. The innkeeper makes a heavy investment to build a nice path to the geyser and through some fantasy application expands the geyser to be able to hold more people. (Assume that legal matters with the lord are no problem.)

I'm supposing that Brillam won't have to worry about taking away traffic from Alensus and spoiling the relations with it, because the path along Brillam is still rough. Rich people in carriages whose top priority isn't speed would simply visit Brillam for the hot springs and then continue through Alensus. There would be some interest in building a smoother path along Brillam, but assume that both settlements know this won't happen any time soon.

So there are three things I'd like to do reality check for.

Assume that Brillam and Alensus are on very good terms, and even if otherwise, neither settlement would try to do gain profit at the expense of economically dooming the other, such as Alensus blocking off the route to Brillam.

Even if everything looks okay (which I doubt), any advices to further refine the idea are very much welcome.

So, Brillam would be basically a Roman-like luxury resort. Stop & Rest for a while, enjoy the convenience of mineral baths, mudbaths, and even warmth during winter.

You should enrich the setting by placing the villages in a cold-climate area. Everyone would stop in Brillam and commerce would benefit from this hotpoint (hey! In the local language 'Brillam' = 'Hotspot'!)

Brillam would also gain, with time, a political power, become a neutral sanctuary for business, a place where fightings are forbidden.

Also, given that Brillam has a more mineral-rich soil, it could also grow more food to share with its neighbors during harsh times...

So, where would conflicts lay? Interests! To control such a center would make any aspiring Prince/Baron/Duke/Whatever VERY interested, there would be a lot of cloak & dagger potential here.

PLUS...a far more sinister menace, unseen, undected, is hovering over the lives of these mortal souls... For a geyser means that there IS a hotspot down there, in the bowels of earth. A hotspot that is slowly priming to explode... 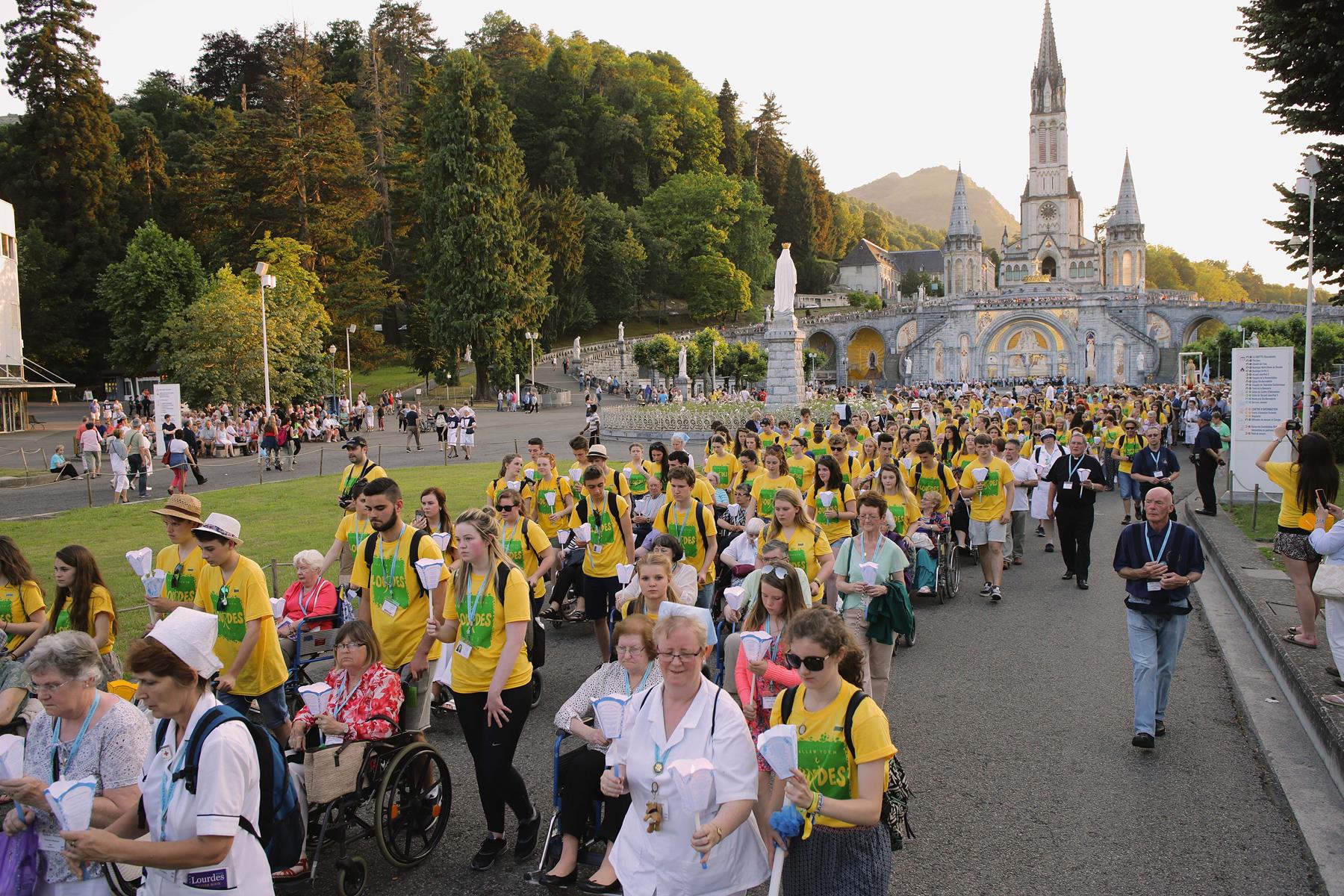 Someone has a vision at the pool. Someone was healed! Word gets around. They will come.

The location of the spring was described to Soubirous by an apparition of Our Lady of Lourdes on 25 February 1858. Since that time many thousands of pilgrims to Lourdes have followed the instruction of Our Lady of Lourdes to "drink at the spring and wash in it". Although never formally encouraged by the Church, Lourdes water has become a focus of devotion to the Virgin Mary at Lourdes. Since the apparitions, many people have claimed to have been cured by drinking or bathing in it...

8
What would cause a city to sleep during the day and work at night?
6
How quickly would a genetic trait originally found in only 1 village spread across Earth?
17
How would an isolated village in low magic setting develop an economy beyond bartering?
1
Feasibility and challenges of a kingdom existing within an eternal night?
7
How to determine the population size and spread in a fictional ancient world settling
3
Weather Impacted By Extreme Magical Effect (Heat)
1
How often would an isolated village be visited?
22
How do you build an underground city that "cuts through" a mountain range?
1
What kind of building structures could a group of eleven people make whilst stranded on a tropical island?