Alternative elements for oxygen transport in an alien blood

I am designing an alien civilization for a story, and I am currently in the biological part. They will be oxygen breathers, so they will need to have that oxygen delivered inside their bodies, and I am looking for alternatives to that function: I don't want to use iron oxide to transport the oxygen, or copper (hemoglobin or hemocyanin). Do you have an idea of which some other elements could be efficiently used for that function? I am not asking about the blood dynamics (I will invent that later). I just want to find a plausible logical alternative to iron or copper.
EDIT 01:
They come from an Earth-like planet with 1.15 times the gravity of Earth, with an oxygen concentration of 35%. They evolved from sea creatures and have squid-like bodies with four tentacles evolved into legs, and two of the tentacles used for manipulation. They are about twice the size of a human when they stand, and they need oxygen masks when they come to Earth (because of the 21% of oxygen in our atmosphere). The protagonist of the story is precisely an alien who chooses not to use mask and adapt himself to the low oxygen ratio (like an Everest climber). Aliens with masks can jump higher and run faster because of the reduced gravity, but this one preferes the freedom of living without mask, even if that means getting tired very easily. 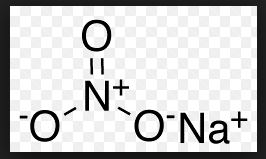 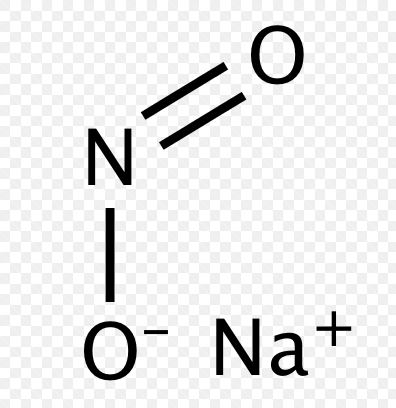 Your aliens use the nitrate / nitrite moiety as their oxygen transporter. The transition between the forms is catalyzed enzymatically to drip off oxygen where needed and pick it up in the lungs. No metals involved.

Coboglobin is one of the main iron- and copper- free proteins that can be used for oxygen transport. It was first synthesized by humans in 1970, where cobalt was intentionally substituted for iron in a hemoglobin-like protein. It also looks like it's been talked about before on Worldbuilding. To have a creature evolve to use coboglobin, you'd want an environment that . . .

Coboglobin is less efficient that hemoglobin, so you probably wouldn't see it arise naturally on a planet unless iron was in short supply and cobalt was much more abundant than it is on Earth.

Regrettably, I had to rule out a number of more promising hemoglobin-like oxygen carriers proteins because they contain iron or copper (note also that some are simply not as efficient as hemoglobin):

Now, it's notable that under certain conditions, proteins may only have to account for minimal oxygen transport. Even in humans, the normal plasma in blood can transport some oxygen on its own, but members of the Notothenioidei order of fish require virtually no hemoglobin. Part of the reason for this is that the water they swim in (cold, polar water) is extremely oxygen-rich, and so efficiency of oxygen transport is less of an issue. Yes, coboglobin works well in warmer environments, not cold ones, but if your world has an atmosphere rich in oxygen - say, perhaps 50% by mass - then maybe efficiency would be less important.

Fortunately, your additional specifications seem to conform to these requirements. A 35% oxygen atmosphere is pretty close to twice as oxygen-rich as our own - maybe not quite enough for an organism to not need a hemoglobin-like molecule, but still good enough that efficiency is less of an issue. Plus, given that you've said that the aliens evolved from aquatic creatures, perhaps their ancestors were like the Notothenioids, and had very little hemoglobin (or, here, coboglobin).

This page on Xenology discusses that question, and also notes the similarity between hemoglobin and chlorophyll. Based on the discussion there, there are a number of possibilities: Magnesium (Mg), used in chlorophyll; Vanadium (V); Manganese (Mn); Cobalt (Co); Iridium (Ir).

(plus, of course, Iron (Fe) and Copper (Cu), which you’ve ruled out for your own reasons.)

There are several proteins that are known to exist and that bind oxygen.

However, you needn't limit to those we know exist: provided that the folding structure of the protein places the metal ions in the appropriate position to bind both O2 and CO2, almost anything will work (it's even possible, from a chemical standpoint, not to use metal ions at all).

So, the problem basically solves itself - just state "these critters' blood is based on (e.g.) vanadium". Unless you need an explicit parallel or identity with a known terrestrial compound.

This previous answer provides many different ideas for oxygen transport:

How well a particular molecule works depends upon temperature & partial pressure of oxygen. You want something that can bind oxygen, but not too well. Hopefully it doesn't bind too strongly to other molecules which might displace oxygen (e.g. hemoglobin binds to arsenic and carbon monoxide which can cause problems).

If the conditions in your environment are significantly different, then one of the other molecules would be a better choice. If your conditions do not fall into those shown in the chart below, then an "invented" molecule might fit your needs better.

It looks like iron, copper, cobalt, manganese, & iridium are all possibilities. I assume that other related elements could be used too.

More information about these molecules can be found at the link at the top.

Not the answer you're looking for? Browse other questions tagged science-based aliens xenobiology blood oxygen .

63
Other blood colors
10
Coboglobin clarification
7
Realistic alternatives to oxygen-based respiration?
3
What element could be used on a fictional metal-poor planet for biological oxygen exchange?

8
Breathable Mars?
7
Transporting water in liquid methane
7
Cyanoglobin plausible?
11
Could an organism have several oxygen transport proteins?
5
Where to begin when designing functioning alternative biochemistry for alien organisms in non-earthlike conditions?
2
how to make realistic flying jellyfish?
5
Is bi-metallic blood possible to develop organically in a species?
27
Is it possible for the soil of a desertic exoplanet to be so copper rich that its surface is mostly covered in green-blue deserts?