I have a series of humanoid combat robot dubbed the Atlanta-Types created specially to fight someone (codenamed Heracles) with the powers of electrokinesis and Low-Mid regeneration on equal footing. The Atlanta-Types are equipped with several features to combat Heracles including an electrically resistant exoskeleton, an aerodynamic body, carbon nanotube muscles granting them incredible strength and four rotating missile-launchers housed in the torso serving as their primary armaments.

However, each missile launcher contains a limited number of micro-missiles and an Atlanta-Types can go through them very quickly. In order to compensate for this drawback, the Atlanta-Types have been outfitted with a pair of forearm-mounted superheated stabbing blades composed of a Coltan-Titanium alloy and capable of reaching temperatures of 1,000°C. These weapons are necessary for negating Heracles' healing factor, which can quickly heal lethal wounds and coupled with his enhanced durability, makes him somewhat difficult to kill.

When I was deciding upon what sort of blades the Atlanta-Types would have, I came across several photos of the NERV-made Anti-G Weapon. The Anti-G Weapon has a large pair of triangular arm blades that fold up against the elbow when unneeded. 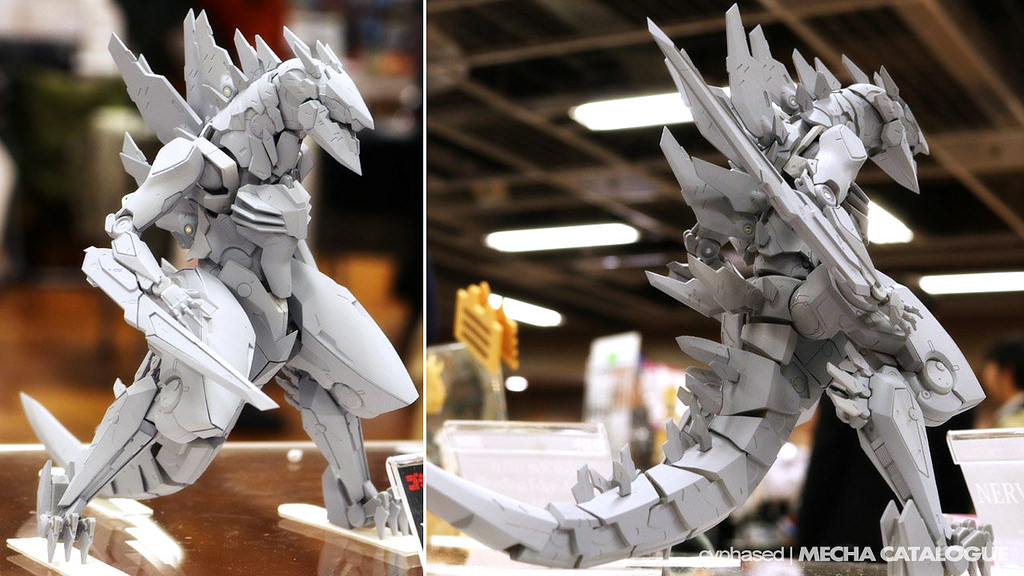 Blades deployed and folded up

Although, I'm greatly concerned that these blades will greatly affect the Atlanta-Type's acceleration rate by creating extra drag when running. What would be the practicality or impracticality of such a weapon?

The blade itself, or presence thereof, would not really slow down the accelartion unless the robot is capable or near super sonic speeds, then maybe the blades would create enough drag to count.

Yes, the blades would create drag, and the extra weight would need to be accounted for as well, but not to the point where it would be really noticeable and the downside of the speed loss would be more than compensated by the pros of having a weapon that doesn't require ammo.

However, when a humanoid walks, it swings its arms opposite to its legs, to counterbalance the movement. Adding weight to the arms may actually be off benefit for increased speed. (I can't say that for sure, a smarter person would have to correct me if they can do the math.)

If this was for general sword fighting, then the super heated factor is unlikely to add any benefit, although 1,000°C is very hot for organic matter, but if you get a knife red hot and then slash at butter, it doesn't go in much further than a cold knife, due to transfer of heat not being all that quick, whereas a hot knife pushing constantly against butter will go through much easier, as it has time to heat and soften the butter as it goes through. It's a simple experiment you can even try at home (butter, knife and a blow torch).

And if we presume this Heracles would be wearing some form of armour, it is not hot enough to soften any metals that would be used in advanced armours even if held touching the hot metal to the armour for some time. So in theory it's creating a large amount of work and energy into the design and operation of a weapon that is at best marginally better then a standard cold blade.

Save the energy and design time you would put into heating up the blade, and put that into the agility of the robot. The faster you can swing that sword the more effective it can be... so long as it can handle the impacts involved in robot sword fighting...

Have the sword contain super heated plasma (roughly 8,000°C to 10,000°C). Then if you successfully stab through the armour of the Heracles then you could vent this plasma inside the armour. Doesn't really matter how well the healing factor is of the Heracles... it would be a struggle to compensate for the extreme heat being pumped inside it and then insulated between the armour and organic matter. It would also be effective against other robots, if you could punch through the armour, then vent the plasma inside all the complicated circuitry would be destroyed pretty quickly, and solders will melt away, circuit boards would melt - everything would melt or catch fire or start loving Justin Bieber. Just an all around bad day for the victim.

It also wouldn't affect the operation of the weapon that much, but could easily deliver a crippling blow to the enemy.

At the risk of moderator ire for both answring and VTC as a duplicate, please note that any metal strong enough to withstand the heat necessary to melt your opponent's armour is likely strong enough to pierce the armour without the benefit of said heat, allowing you to reduce the weight, complexity, and energy consumption of your robot, making it more efficient.

Blade Wraith already has a very good answer covering both the aerodynamics aspect (not likely to be an issue at subsonic speed). That answer also covers some of the issues of using high temperature blades as weapons. There is however one point I would like to add, and I have some suggestions for alternative uses for all that energy.

First, beyond what the aforementioned answer says, you also have to consider that getting blades that aren't affected by that much heat is not going to be cheap. 1000 degrees Celsius is getting close to the typical temperature range used for tempering most types of steel that are used for blades, so in an ideal situation, an alternative material would be better, which is likely to raise the cost significantly.

Now, as far as alternatives, you have a couple of interesting options:

Not the answer you're looking for? Browse other questions tagged weapons engineering robots combat temperature or ask your own question.

4
What happens when cut with a heated blade?
9
The feasibility of a robot with a chest-mounted missile launcher
3
Is there any practical reason to have a superheated combat knife?
0
What mechanism would be needed to contain and inject super-heated plasma into a target?

16
What would justify the use of serrated blades in edged weapons?
76
What is the fastest way for a robot with superhuman capabilities to make money?
5
What sort of claws would be best utilized for melee combat and quickly scaling the walls of a modern day building?
9
The feasibility of a robot with a chest-mounted missile launcher
0
What mechanism would be needed to contain and inject super-heated plasma into a target?
11
Blindfold battle as a gladiatorial spectacle - what are the tactics and communication methods?