What would be the politically correct term for Cyclops? [closed]

So, about 2,000 years after the nuclear holocaust, humankind(and co.) have finally rebuilt the world, and life is much like it was in the past centuries. Except for one big thing. Mutants. Mutantism is a recessive trait, and 6 out of every 1,000 children are born with it, and it ranges from mild to extremely severe. Ok the more severe side are the Cyclopses(Cyclops?) They are nearly, and I mean nearly, human, but only have one eye, shifted to the middle of their forehead. Though their mutation is mild, since it is easily visible, it is often seen as more severe than other cases. Cyclops are often discriminated against, and so they do not like being called Cyclops. What might be a more politically term fit Cyclops?

Off the top of my head:

You can, of course, mix & match these (e.g. "Centrally-sighted citizens"), or drop the noun and just use the adjective. (e.g. "My friend Bill is Monocular.")

I was going to vote to close this as subjective, but this comment from the OP is telling about how some people view "Political Correctness" that could be incorporated into the story. The OP's comment might suffer from a translation issue, so I'm just going to attribute this as a viewpoint of people in the story.

Very broadly, this brings up two views of social justice and identity. One I'll call the "selfish" view. The other I'll call the "intersectionalist" view.

The selfish view looks at issues of identity and is concerned with how it impacts themselves. They see the work they'll have to put into changing their vocabulary and behavior. They're probably privileged, so they don't understand systemic oppression. Rather than understanding that what you're called is part of a larger system of oppression, it seems like word games. It's the "word police" restricting their freedom. They'll go along with it, begrudgingly, because they don't want to get punished for saying the wrong thing, but privately they'll still think of them as sub-human monsters. Even the term "politically correct" has become disrespectful shorthand.

The intersectional view understands that words have meaning and shape our understanding. A "cyclops" is a mythical monster. Being labelled a cyclops alone wouldn't be a big deal. The problem is when this is combined with systemic oppression, people actually treat them like monsters. Being called a cyclops is a reminder of this every single time. People can use "cyclops" to discriminate via othering, they don't see an individual person with all sorts of different traits and feelings, they see their caricature of what a cyclops is: a monster.

An intersectional view understands that this is not just a problem for cyclops, but for all sorts of marginalized and oppressed groups. Rather than moaning about word games, they see that it might be their turn next. It could be something small, or it could be something big. As someone who was called "four eyes", I get it.

Shedding the "cyclops" label causes the larger society to have an awkward conversation about their attitudes towards people with one-eye. The more the selfish camp moans about how ridiculous it all is, the more intersectionalists will point out ways in which cyclops are treated as second-class citizens. The fight over what they get called, while on the surface seeming trivial, shines a spotlight on their situation.

With that in mind, what alternate labels for a person with one eye will float around in this setting?

The selfish camp will want something that's easy for them to remember and just as dismissive. Barring that, they'll come up with something that's a caricature of political correctness: "optically challenged" or "monocular-american". These will be used as new ways to mock people with one-eye while claiming to be "politically correct".

For the one-eyed people, asking to be referred to by your preferred label is a small way of asking society to treat you with respect. To treat you as a person who gets to decide what they're called, not what you've decided to call them.

With that in mind, I think they'd like to be called a person. Not a freak, a person. So "person" will be an important element. Not "human" though, it sounds weird and, ironically, dehumanizing. That's like calling men "men" but women "females".

It's also a way to show that while you have one eye, it doesn't define who you are. You're more than "just" a cyclops. For that reason sometimes an awkward label is a better label.

With that in mind, "a one-eyed person" seems just fine. If it's a little awkward, then maybe you should be asking yourself why you need a handy label for people with one eye. 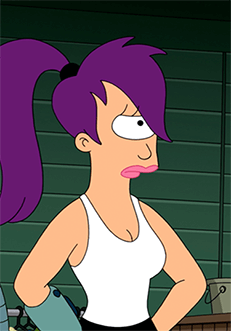 When dealing with a cyclops: They prefer the politically correct term "ocularly impaired"

Considering that cyclopsia is a horrible birth disorder and usually ends in miscarriges or still births, it would be hard for there to be to a minority of people with it, but for the sake of the story (and it's not impossible) let's say that there is. So this disorder would be treated more like Down syndrome than, well, just an ugly person, so the best terms would probably be the medical one in the link I provided, like holoprosencephaly.

Not the answer you're looking for? Browse other questions tagged mutants or ask your own question.

21
What royal title can an absolutistic ruler have?
2
Air, water, and …?

11
What justifications would people use to justify discrimination of people with special powers?
6
Politically correct term for *Mutant*
3
What would the science be behind a monster who can only see shades of red, black and white?
2
How long would the orcs take to mutate from humans?
9
How would a quadruped walk with one limb longer than the rest?