Will be possible to create sentient animals and intelligent humanoid animals with Genetic Engineering? [closed]

I mean will be possible someday to create animals that are sentient and as intelligent as humans with Genetic Engineering?And humanoid animals that walk, talk and have personality and rights like people?

If so, what would they be called?

One such exemple of a humanoid sentient animal in sci-fi are the commanders Anubis "Doggie" Cruger and Supreme Commander Fowler Birdy. 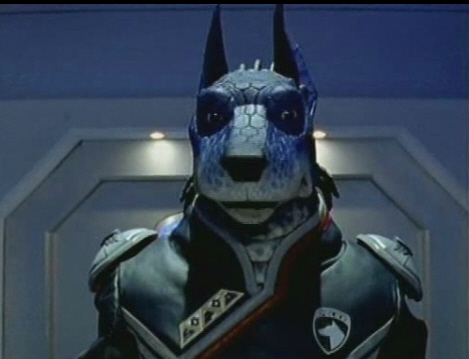 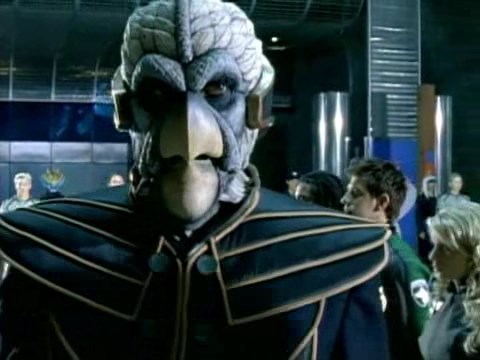 I don't consider the scientist Kat manx an animal because she has all the features of an ordinary person except for the cat ears.

What is your opinion?Will we ever have sentient animals in society?

You have a few different questions here, so let's break it into pieces:

That has been explored by many sci-fi authors. One example that comes to mind are the elephants in Alastair Reynolds' Poseidon's Children trilogy. Will it be possible? Nobody knows for sure. But it is a common enough theme that it seems reasonable to use it in your own world.

humanoid animals is potentially very complex. If we start with primates - e.g., uplift a chimpanzee to "sentient" status - then this makes sense. But while we don't come close to understanding the complexities of the brain - i.e., what makes humans sentient - my feeling is that the genetic engineering needed to do that, provided it is possible, would actually be much less work than taking a non-humanoid animal and making it humanoid (walk erect, head on top, two working limbs, two walking limbs) as that would require both brain work AND changes to change the body layout which affects all systems - bone structure, muscles, circulatory, etc. Humanoids make sense on Star Trek and can be justified via panspermia but from a genetic engineering standpoint they're just too much work. Better to take a physically functioning dolphin or whale or elephant or spider and just "add intelligence". But if an animal already walks, then an uplifted animal would still walk - like the dog, elephant, chimpanzee, spider or whatever else it is based on.

Sure. Once you have the intelligence/sentience taken care of, all you need is some organ that can produce human speech frequencies, or add an electronic converter for human interaction.

I think any pet owner, veterinarian or zoo-keeper will tell you animals already have personality

That is a job for governments, not scientists. Consider that in many places, at many times, humans have not all had "rights like people" based on ancestry, religion or skin color.

That is entirely up to you in your world.

There are many who argue animals are already sentient

Sentience is defined as the ability to experience feelings and think. Separate from intelligence, self-awareness and creativity, Sentience is probably one of the hardest qualities to define when determining classical consciousness.

It is already established that animals - including pets but also those in the wild - seek companionship, shelter food and water, experience freedom of movement and seek the avoidance of pain.

Animal rights have largely stemmed from the above arguments - the ability for animals to experience pain, is a large part of animal cruelty legislation and humane treatment. Even stock (such as cattle, sheep and pigs) cannot be culled or dispatched unless done humanely (an instant electric shock to the head is a common technique to reduce the occurrence of pain - applicable in most developed countries).

So to answer your question - you may not need to do anything genetically at all to create Sentience. However what you may need to do is enhance the ability to relate to animals (vocal chords, language abilities etc) to enable us to converse with them.

Not the answer you're looking for? Browse other questions tagged biology fauna genetic-engineering or ask your own question.

13
Are lithotrophic animals possible and if so how?
6
Is a world without any animals except humans possible and what would be the impacts?
4
Could genetic engineering be used to create a fully emotionless person?
1
How can genetic enchancements allow male and female sports leagues to intertwine with each other?
1
How tall would animals, trees and “humans” grow on a planet with those characteristics?
5
How could genetic engineering be used to create an opposite sex clone?
2
Humanoid species with Fully rotatable and foldable joints
14
A wizard is magically engineering the perfect agriculture animal that will replace as many farm animals as possible, what is he making?
7
Protecting Mars with no magnetosphere: Can genetic engineering help?