How could a human be corrupted into a demon? 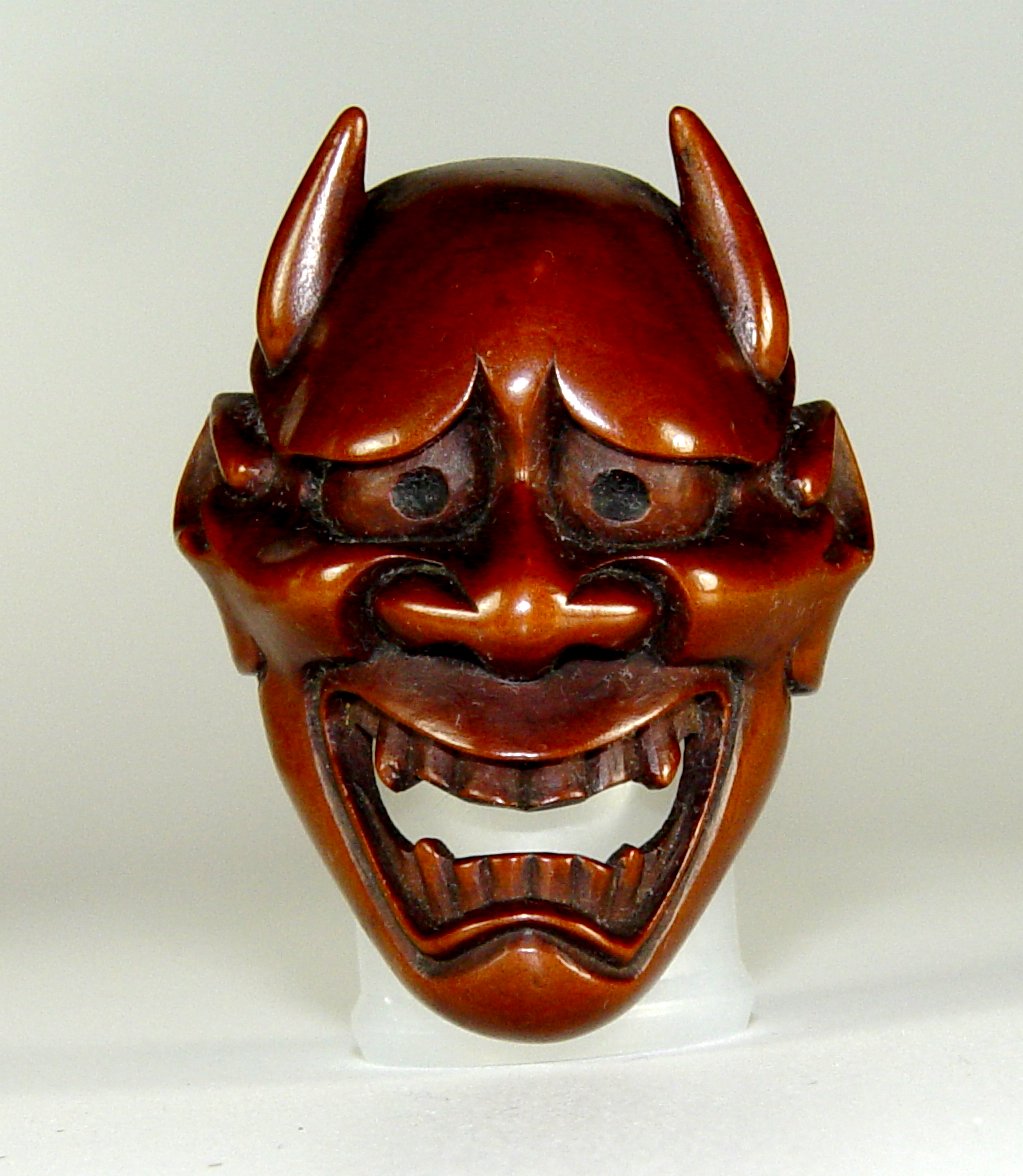 In many stories, the transformation of human to demon has been interesting to think about. This of course extends to mythology: In multiple folklore, it's said that Lilith became a demon of her own will. In Japanese folklore female demons such as Kijo's and Hannya's transformed into demons out of hatred, or jealously, a curse, or a crime. With those 2 cases, they seemed to be born from the negative and/or destructive nature of humans.

So for this, let's say all demons are anatomically and physically close to humans, almost like a subspecies, and their genetics are compatible with them, which allows the latter to have the potential of transforming into one, not evolving in normal means (think of like shapeshifting, but it becomes permanent.) This means both already evolved to what they are.

EDIT: I'm not asking how can a demon evolve from a human. I'm asking how can a human who's already a human transform into a demon. I'm trying to see how could this be marked as a duplicate if I'm asking for something completely different. EDIT: I made it less vague so people won't make it for evolution.

Simple lie: Humans are a neotenic variety of Demon. Like an axolotl.

Axolotls are a type of salamander that in typical conditions remains in an aquatic form all its life, never undergoing metamorphosis into adult, terrestrial salamanders. This is caused by a lack of thyroid stimulating hormone, which is important for, amongst other things, growth. The cause is a shortage in iodine, and in axolotls giving them enough iodine will trigger their metamorphosis into a salamander. (In humans, a shortage of iodine during the wrong parts of life generally causes stunted growth.)

Now, suppose humans have a similar response, only it's not a deficiency of iodine but some exotic compound that isn't normally available in the world. What little may exist is far too little to trigger a metamorphosis. A distant, far off vestige of an ancestry predating thought.

But, given the right conditions, the human body might be prompted to start producing it. A human experiencing truly monstrous hatred, a being so truly reprehensible they are nothing less than a demon already, might produce enough of the necessary molecule to trigger a metamorphosis into a real demon.

Which leads into your 'genetic corruption' line of attack. A demon of sufficient 'power' might have enough of this compound in its bloodstream that another human drinking it may be caused to become demonic themselves!

Any 'trueborn' demons are simply a species of human native to environments where this exotic compound is more available. In fact, they could even be Homo Sapiens themselves! Just hailing from a population grown in such an environment.

This question is really too broad because you are talking about the transformation of a real species into a fictional species that you haven't defined. You would really need to tell us what exactly defines a demon in your world and since you know how the transformation generally occurs, there would need to be enough similarities in their anatomy and some new cell type for humans that can change when in the presence of a demon or under incredible negative emotions. I would suggest first creating your demons and describing their anatomy in detail if you want a proper answer.

The transformation is really up to you. As a part of world building you need to figure out how this happens. You already have the general gist of it, and thats all you really need. There is no need to create a plausible scientific explanation to explain something mythical. If you want a specific solution to a problem thats where we can help.

Here are some examples you could use... you could say that negative emotions release a chemical that causes the human cell to mutate. This mutation leads to the human being able to overcome the cause of such negative emotions and this could be in the form of increased strength and lack of emotions forming demons.

You can say a demon is simply a person who has discarded their humanity and no longer views humans as people, but rather as objects or food.

I have to add this final note here. If your human can become a demon then they shouldn't be considered a different species from the demons. They would be more like a prepubescent version, like a person before puberty. Their change into a demon would be another step in reaching maturity.

Say that a plethora of negative emotions could infect human cells. Like mental diseases in real life, they can damage a human physically. Maybe feel negative symptoms like insomnia or nausea. With a cancer cell, they infect cells, and reprogram them to create more infected cells. With an influx of negative emotions in a human body, the demon cells could overtake them, and they could then, 'transform'? Sorry, not sure if this is what you're looking for.

I am sorry, but this question is really confusing to me: I mean, demons are by definition supernatural entities belonging to realms of what we call evil, of chaos, pain and sufferance. Everything negative about life is incarnated in a demon.

Starting with this premise, the answer is: either a human accepts an offer to become a demon in return of temporary wealth, power etc, or a human corrupts itself to the point that it turns into a demon, or in the afterlife a wicked human soul becomes a demon...But it's all magic, so anything goes.

Demons can't belong to the biological sphere of the living, or they are not demons, they are just another species we call demons for lack of better terms. For example, I am reading this Star Trek novel: "Invasion, First Strike", in which the Klingons meet this alien species that much resembles the demons of their culture, but act not as demons at all. They're just another (though dangerous) intelligent, space-faring species.

But back to the topic: If you have this ghoulish-looking species called 'demons', they could be acting as mind-parasites. Just like that fungus that forces an ant to act in certain ways, these creatures, instead of recoursing to fight to win their opponents, could emit pheromones to allure them and then infecting them with viruses/fungi/bacteria to brainwash them. Now, this is the best solution I came come up with.

Oh, and here is the link to the "Zombie Fungus"

Not the answer you're looking for? Browse other questions tagged science-based biology creature-design demons or ask your own question.

42
What effects would a change in the nature of human sexuality have on society and infrastructure
26
Naming the forces of the Purgatory?
10
Could human beings evolve to have longer gestation periods? If so, how could this be done?
3
How big of a taur do you get out of a human?
17
How can demon technology be prevented from surpassing humans?
2
How could werewolves survive until their transformation is complete?
7
Artificial Gills: Electrolysis for gills?