Does fictional geography need to be rooted in real-world geography?

If I use, say, Greece as a reference for a fictional country, do I need to write that country as mountainous and coastal also?

geography worldbuilding-process
Share
Improve this question
asked May 28, 2018 at 3:19

Most people would suggest that your culture should relate to the physical geography of your setting. For instance, fashion and food are both going to be dictated to a certain degree by climate. And the history of your setting should be the story of how the culture developed. ...Unless you're going for something otherworldly, like an extra-planar setting that just happens to be togas, crystal spires, and philosophy.

The simplest answer is "no." You only need real-world geography or geology if that's an important aspect of your story, otherwise the geography/geology is background. I've read and enjoyed numerous stories that have, not just implausible, but geologically impossible — and the stories were great.

You are making your world, what you say goes. The fact that things ended up one way in Greece doesn't mean they couldn't end up differently in your world.

In this particular case I would advice against staying too close to your reference. If the reader can understand "Hey, this is Greece!" they will pull all sorts of real-world attitudes about Greece into the story where they don't belong.

It is better to use several references and mix and match pieces from them.

Some minor sanity checking is recommended but in general readers aren't very critical.

You can have Greek culture in just about any world setting, and not have to make it up.

A nice thing about basing your story on Greek culture is that Greek culture has been in just about every biome at one time or another. Depicted: Macedonia. 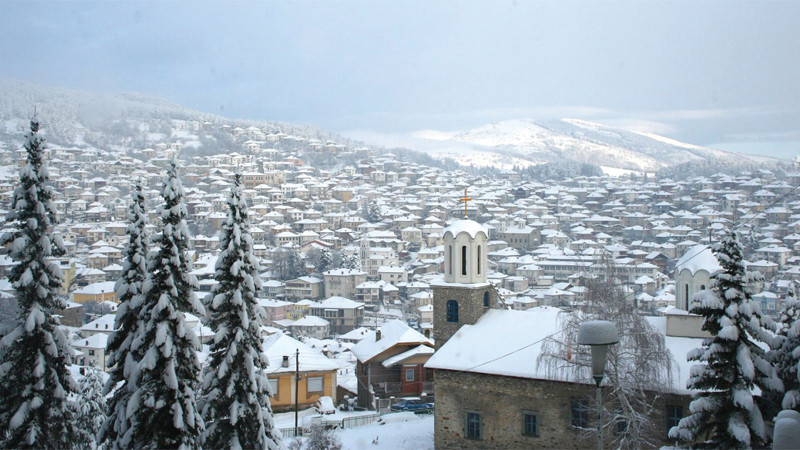 Greeks got just about everywhere back in their heyday. If you want people who are culturally Greek and living in alpine mountains, or in a desert, or in a tropical setting, you can find historical precedent.

Also, basing your culture and characters on Cypriots or Alexandrians or Indo-Greeks will put a little space between your work and Percy Jackson's Greece - not that there is anything wrong with Percy Jackson.

It all boils down to why are you describing your geography.

If you are describing that your fictional country protrudes into the sea like Greece does, then describing its mountain/planes might not be needed.

If your story is taking place in the inland and the geography has a role there, you have to describe it as much as is needed for the sake of understanding the story.

I guess this depends on what you have in mind. If you mention Greece (as in using the exact word) then yes, you should stay close to what people think Greece is (mind you, not what it really is, but what people expect).
The reason is the obvious: if you had a story in Greece and people do things in endless grasslands or continent-spanning mountain ranges or suffer from the heavy snow in the long, long winters, then people will be very confused.

But if all you need for your story are the architecture and the philosophy, then you can have a country looking a lot like whatever you want it.

You may want to keep in mind that things like philosophy require a working culture, particularly a well-enough established agriculture to provide in abundance, lest nobody have time for philosophy. And togas really don't work very well in a cold and rainy climate.

It depends on the degree of similarity you require and how believable you want your world to be. I am approaching assuming you wish to retain most aspects of Greek culture.

Greeks were/are Greeks, as Romans were Romans, because of the lands that shaped them. Art, architecture, diet, language, political spheres, policies, wealth, all are influenced heavily by geography. People in a landlocked, snow capped northern plain would not developed as the Greeks did.

The mountainous geography of Greece played into the development of the various Greek city states by isolating these ancient cities.

The vast coasts of Greece would have effected their diet, their access to trade and thus wealth, the degree of foreign influences etc.

In short there is a cause for everything, and if you take the Greeks from their lands, but wish to retain all aspects of their culture you best find reason for it, otherwise it may impact the believability of your world.

To a point yes fictional geography needs to be rooted in earthly geography; because your audience are human, you, as an author, can't describe geography that we don't have at least some context for. That being said you can change the rules a lot, just have a look at some of the questions on infinite environments when you have a chance. You can do even more and stranger things if magic is part of the setting you're using.

When worldbuilding physical geography can be massively important, and usually has at least some bearing on the process, but that doesn't mean that any except the broadest and most basic details need make it into the finished story. The key is to work out what, in particular, about Greece you want to form part of your story; you may want to talk about the island culture of Ancient Greece where over every horizon was a different people with strange customs, or Classical Greek culture the birth place of democracy and scientific method, or maybe you want to speak to the way that the inhospitable interior of later centuries created a coastal culture of fishermen and small farms on the flat edges. If your story is about the ancient Islanders or the late era fishermen then you definitely do need to speak to the geography of the setting, but if you're concerned with the enlightenment of the classical urbanites then it's culture and not geography you're primarily writing about.

Not the answer you're looking for? Browse other questions tagged geography worldbuilding-process .

9
Can you add fictional science in a hard SciFi world?
16
Balancing science and history when building a world
15
Which Natural Resources Go Where? (Medieval Fantasy Setting)
0
An Alternative Earth: Warmer Siberia
1
Where can I easily/cheaply get a hundred square miles of land for a new country?
5
Are there any good tools I can use to figure out the size of my fictional continent?
2
Is This Realistic Physical Geography for my World?
7
Is my fictional climate zones world map credible?