Last time, I asked if it's possible to breed a five-gaited horse as hardy and adaptable as a Yakutian horse. Turns out that it's not as straightforward as initially assumed. It seems that not all Icelandics have the gene for the fifth ambling gait, a feature that made this breed popular in medieval Europe. Nor are all Yakutians made equal, as some populations are better at dealing with environmental extremes than others. But with enough generations, it IS possible for a hybrid horse to have a fifth gait like an Icelandic that can deal with the entire environmental spectrum like a Yakutian.

But that is only Stage I, and here is why: I have seen no evidence of either breed being used for war or labor, and at 13-14 hands tall (52-56 inches), they're still a little on the small side. So here is the candidate for Stage II: 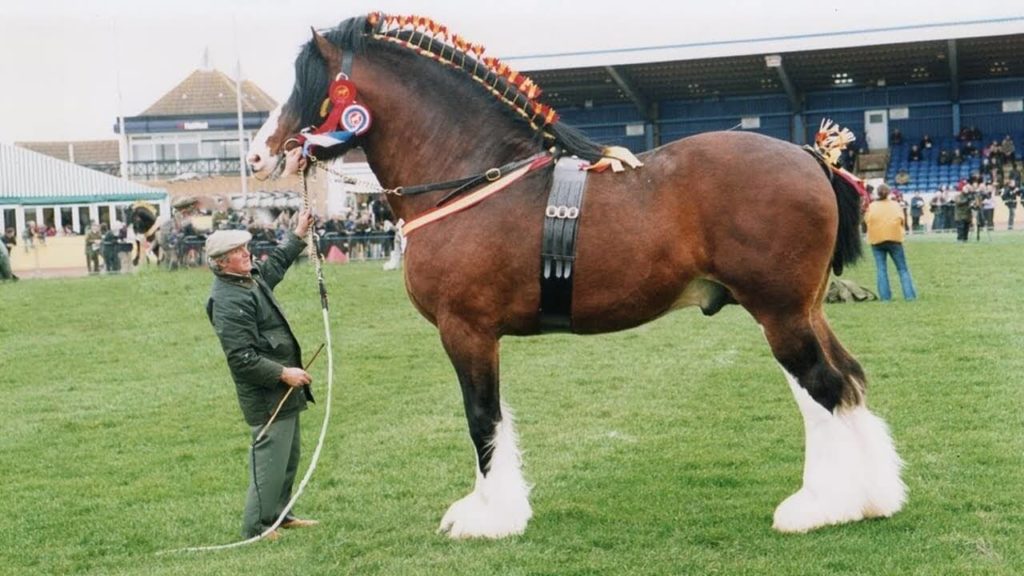 As you can see from the image, the breed is tall enough for a human to crane himself upwards to see its face. The tallest on record was a gelding named Goliath, who stood 19 hands (76 inches) tall at the shoulders until his death in 2001. The Shire belongs to a type called the "draft horses", and they have a great capacity for pulling weight.

But if I were to breed a Shire with an Ice-Yakut (I'll work on the name later), the foal would be of an intermediate size--anywhere between 13 and 17 hands tall, larger than an Ice-Yakut but still smaller than a Shire.

Will this series of breeding check all on the list out, or would it result in some unintentional side effects that outweigh the benefit, thus rendering the whole experiment a failure?

Why do you need an all in one horse? Horse specialisations exist because people valued certain characteristics over others.

I'm guessing your size stipulation is down to the criterion that they will be used for war. Horses designated as war horses in Medieaval times weren't a breed, more a collection of traits deemed useful for riders wearing heavy armour and were around 14-15 hands, much smaller than popular fiction has us believe. The wealthy would go to war on Destrier - this would mean a sturdy short backed horse with powerful haunches, a package that would ensure the horse was nimble and agile even with a fully armoured rider. For the less well off there were the Rouncy - all rounders that excelled at nothing in particular - it could be a lowly pack animal, daily transportation, and even go to war. Though, you got what you paid for, Destrier would run circles around it.

In other words what you are asking for is a tall Rouncy that can tölt. The gene behind tölt is discussed here.

So the answer to your question is to take 2 horses that have the characteristics you want and then go through a selective breeding program spanning generations of horses.

Not the answer you're looking for? Browse other questions tagged science-based reality-check genetics horses or ask your own question.

16
The Centaur--Let's Get Real, Shall We?
4
Multi-purpose Fictional Chemical Element Needed
5
Horse-logistics for a militia of 350
7
The Multi-Purpose Horse: Stage I: Icelandic x Yakutian
31
How far can you travel on horseback while pushing the horse to the brink?
6
Would a 200-Pound Dwarf Still Need Facial and Body Hair?
4
Would a 200-Pound Dwarf Still Need to Wear Clothes?
11
Is a predatory horse plausible?