After a massive explosion ravages Sydney and kills 2.1 million people, a multinational black-ops unit called S.W.O.R.D (an expy of the SCP Foundation and Blackwatch is tasked with maintaining peace and order, with the aid of the JDSF, USMC, NZDF, UNPF and RKA (when in reality, S.W.O.R.D's searching for a rogue member of their inner circle, who was sighted in the blast's aftermath). S.W.O.R.D have wasted no time in sealing off Sydney from the outside world by establishing a no-fly zone over the city, blockading Sydney's coast with a large-scale fleet and constructing a massive wall stretching from Nowra to Gosford, inducing an internet blackout and tapping into other people's phone calls.

While S.W.O.R.D and co have succeeded in restoring order and allowing unhindered access to humanitarian aid, their only form of opposition is the Degenerates: humans that have been parasitized by a gene-altering pentastomid and styled themselves after the Scythians. The Degenerates have constantly proven themselves to be a thorn in S.W.O.R.D's side by using guerrilla, mounted and asymmetrical warfare tactics along with their habit of abducting civilians and military personnel in order to create new Degenerates or use them as sustenance.To make matters worse, the Degenerate's "king", Idanthyrsus is an "Ascended", a sentient being that can draw upon an energy source called the Nexus (à la the Force) to enhance his physical abilities as a byproduct by having his soul bound to an incredibly powerful and ancient weapon referred to as a Divine Tool.

An Ascended has 3 - 4 primary abilities that embody their most dominant personality traits. One of Idanthyrsus' abilities is the power to activate a person's connection to the Nexus via psychical contact and turn them into a "Pseudo-Ascended". All of the human-born Degenerates are Pseudo-Ascended who have had their connections to the Nexus activated after being turned into Degenerates with one power (ranging from invisibility to fragokinesis and the ability to amplify their physical prowess or strengthen their weapons for short periods of time.

In order to level the playing field, S.W.O.R.D has tasked their prestigious Perioikoi Branch (which cooperates with various military research agencies to develop advanced military technologies) a fully autonomous humanoid combat robot capable of engaging a Pseudo-Ascended Degenerate in long range and close quarters combat code-named "Project Atalanta". Rather than outright replacing S.W.O.R.D's soldiers on the battlefield, Project Atalanta is designed to serve as a highly agile and incredibly strong support unit capable of operating in urban environments and the Australian wilderness while coming up with complex strategies on the fly. It just so happens that you are one of the many Perioikoi assigned to Project Atalanta and have been given a dossier detailing the strengths and weakness of the 3 subspecies that human-born Degenerates are divided into.

Here is a brief outline of each subspecies and their commonly shared traits: 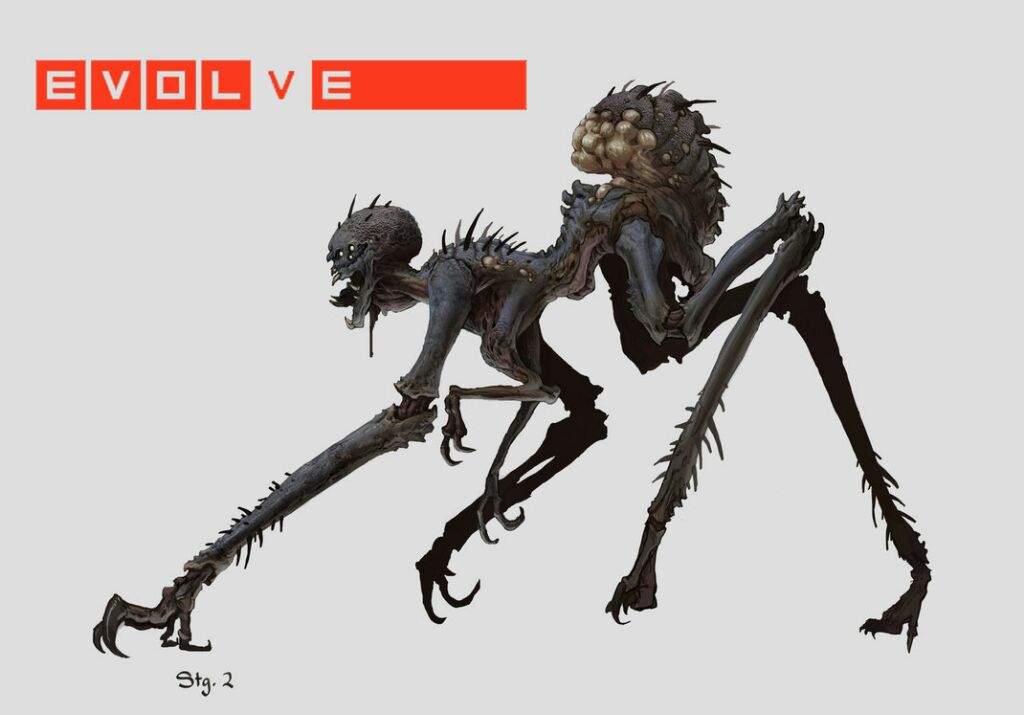 (Just remove the small pair of arms and spider abdomen thing, while giving it a shorter humanoid limb structure, anthropoid torso, enlarging the eyes and replacing it's mandibles with Gorilla-esque jaws. You'll get a very good idea of what Scythi look like) 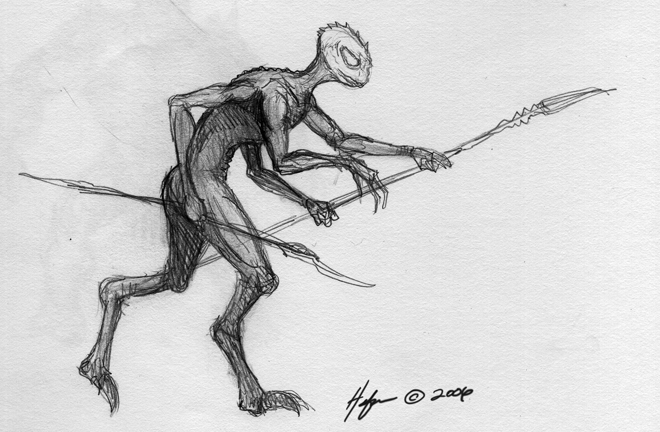 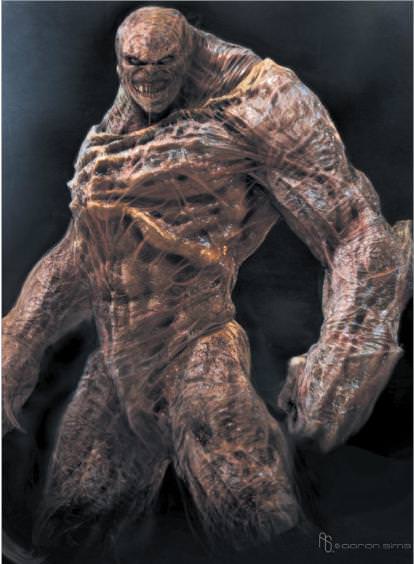 How would you design Project Atalanta to effectively engage and slay these creatures?

First off, why a humanoid combat robot? Aside from being a hoary old trope, the bipedal form really isn't all that effective if you need to use heavy firepower, climb vertical surfaces or fly. What you need is an entire range of combat chassis, ranging from very small ones used to scout and ID targets, to large tank sized robots that can flatten buildings or fire heavy high velocity cannon, or other weapons (mortars, guided missiles,laser weapons if we have that sort of technology). Other form factors might include snake like robots to enter small holes and crevasses, or explore underground tunnels. 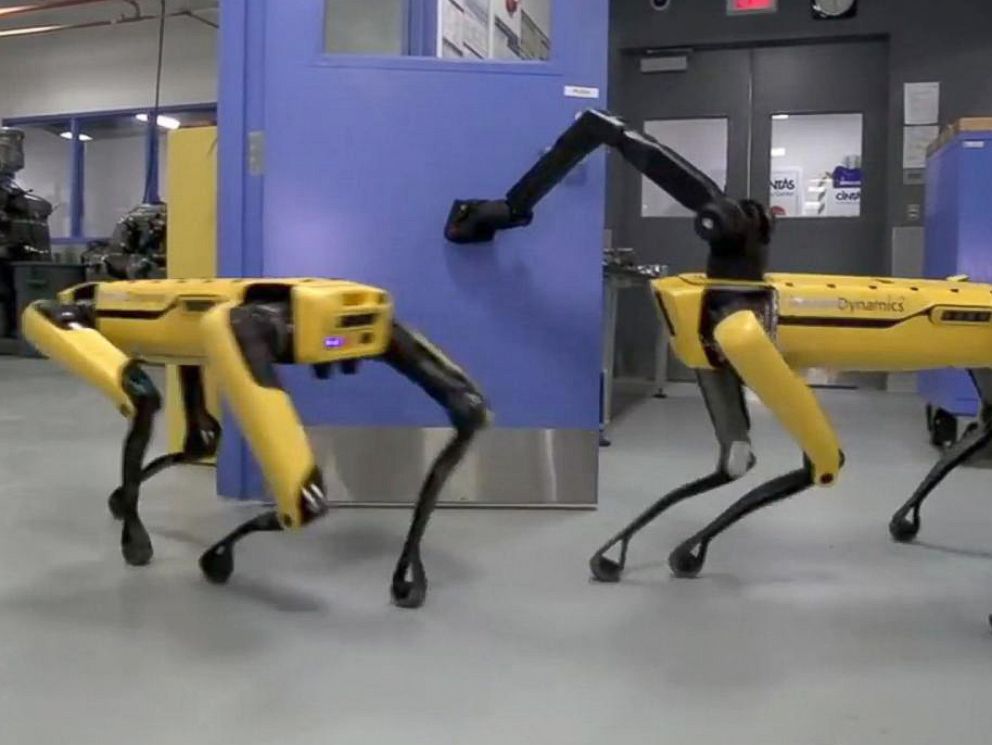 The second thing you need to consider is how, exactly you intend to deal with these enemies? From the description, the true threat isn't bizarre looking humanoids, but rather the alien pathogen infecting them. In other words you are dealing with a biological warfare threat (and frankly, allowing people in or out of the quarantine zone isn't a particularly smart idea. 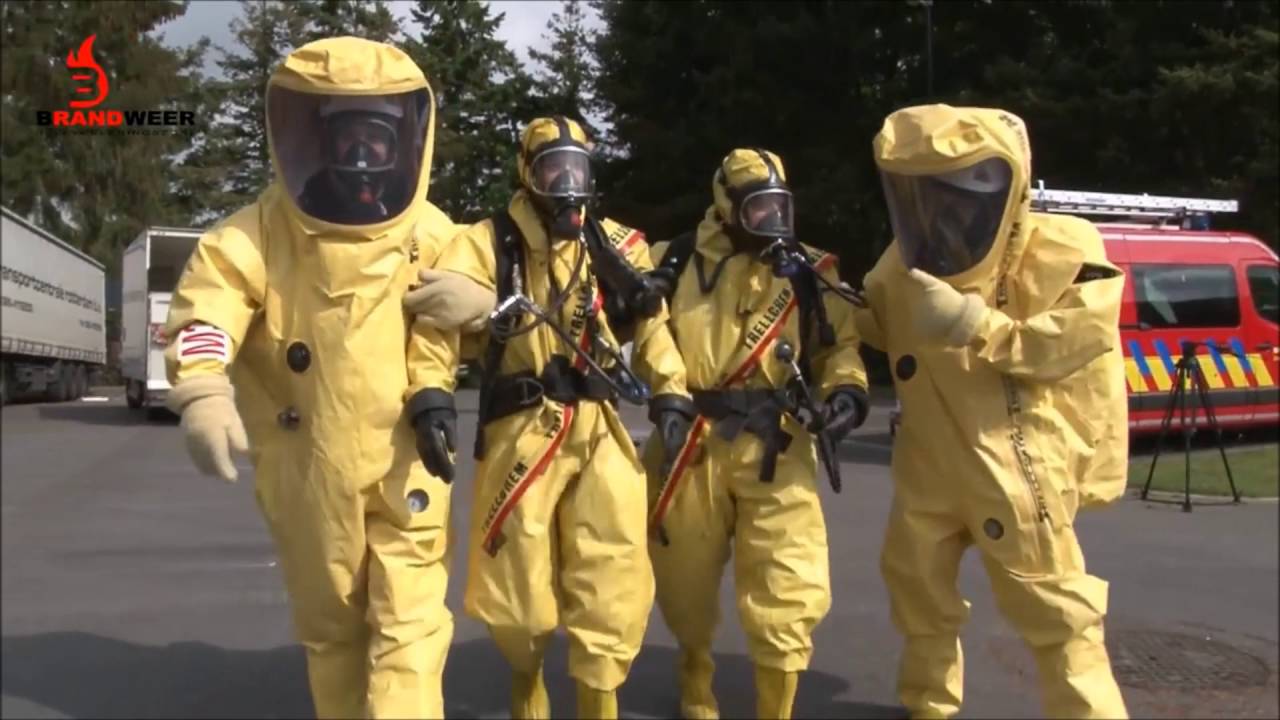 Not exactly the best way to go around in a combat zone...

This also puts some severe limitations on your weapons. While it may be nice to fire a 120mm HEAT-MP round at a humanoid, the resulting splatter is simply making the problem orders of magnitude worse. So while there will be a real need for scouting robots to identify the targets, and possibly engineering vehicles to breach obstacles, the offensive action will have to use cleansing fire to ensure the infection does not spread. 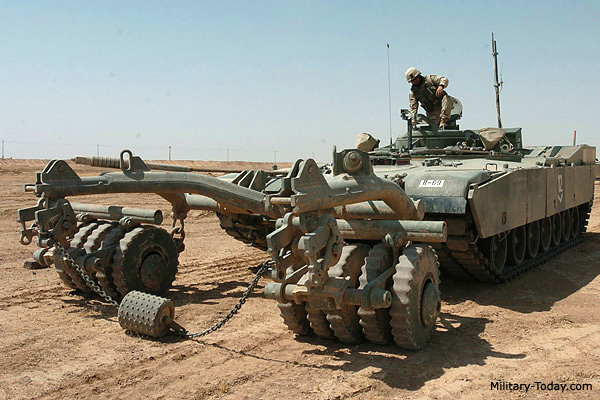 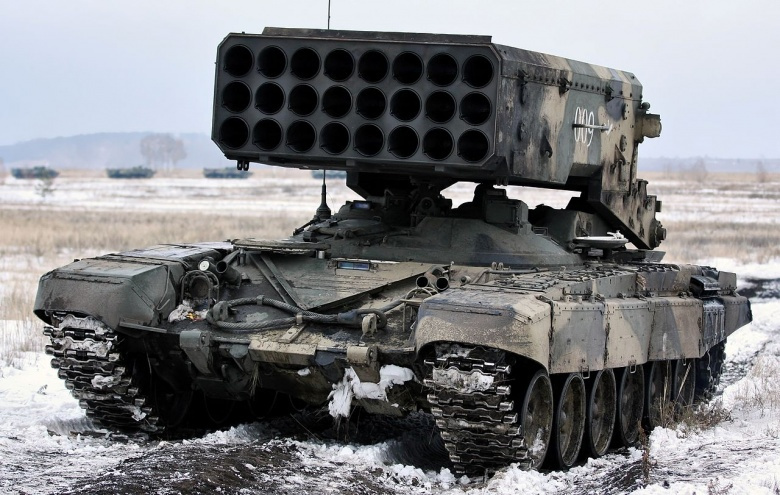 For more precise application of thermobaric firepower, the Russians already issue single shot thermobaric rockets, which robots can be adapted to fire.

As well, the humans outside the zone can deliver thermobaric rounds via artillery or mortars. Aircraft can fly over and deliver small UCAVs which are also armed with thermobaric warheads, the USAF has experimented with flocks of UAV's which can be delivered by aircraft at high speed, being dumped out of the flare dispensers: 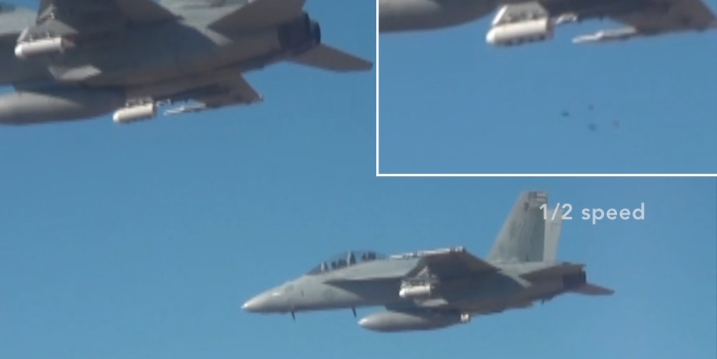 So the short answer is:

Systematically go through the city block by block, and maintain a tight quarantine to prevent the spread of the pathogen. Its the only way to win.

3
How big would a giant pig need to be in order to carry a 10-foot tall humanoid on its back?
7
Designing a plausible Corinthian-style modern combat helmet
4
Anti-Dragon armor, shields and melee weapons
9
The feasibility of a robot with a chest-mounted missile launcher
0
Use for a giant in a space military?
9
How would humanoid creatures with powerful jaws, claws, and a tail efficiently use their anatomy in barehanded combat?
6
How do I make my soldiers jump higher