What would be the effect of magic ultraviolet rocks on developing societies?

One of my favorite bits of set dressing is magic glowing rocks. You see them in movies, video games, and every other manner of medium conveying fantasy settings. Personally, I'm perfectly okay with light sources with no needed fuel and operate indefinably, but I had an idea that I thought might be interesting.

What if these rocks constantly produced ultraviolet light in addition what they emit on the visible spectrum? My first thought was underground farming, but I realized that a developing society wouldn't really benefit from being able to do that. Now I'm wondering if this glowy rock is just slightly more practical luxury item that gives you a tan.

Relevant details about this rock include being about as rare and easy to find as gold (unless deceased scarcity leads to something cool, of course), always glowing as bright as a candle regardless of quantity (more surface area means more light, however), and producing an amount of UV light equal to the sun as filtered through the Earth's atmosphere. Skin cancer would be possible consequence, but Romans never found out the horrible truth of lead pipes, so I doubt anyone would notice the detrimental effects of the glowy rocks. Unless I'm mistaken, of course.

Rituals calling upon the hidden world. 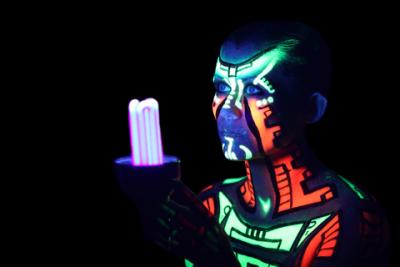 Many naturally occurring minerals fluoresce in UV and these could be used to make pigments. Ultraviolet lighting without the rest of the spectrum shows things that cannot be seen otherwise - the unseen world that exists in / on / next to our own. The unseen world is a big part of primitive religions and belief systems. This method to see the unseen could be incorporated into these religions and ceremonies. And it would look totally cool.

So there are different types of UV. If they primarily emit in the UVA band, you basically have black lights.

This could have an interesting effect on your culture. I imagine they would figure out that it could be used to detect blood stains. They might develop forensic science early (though it might still be filled with tons of bad or half thought out ideas).

Perhaps the people develop urban legends. A man whoes hands glow under the crystals is destined to kill someone, or something like that.

You upper class might wear clothing that looks drab normally, but fluoresces under UV, as some sort of status symbol. Because sweat is more visible under UV, it might lead to the upper class being obsessed with cleanliness. Even a single bead of sweat everyone will see. Of course, you could just not UV lights in your home, but then everyone knows you don't have the wealth to cut it.

This might in turn have them go to great lengths to cool their homes. Perhaps the greatest import of your society are ice blocks shipped down from mountains or the Arctic. This may also shape your architecture (homes can be built to be naturally cooled fairly well).

Of course, perhaps the upper class then suffers from a mysterious blight (skin cancer), which can drive further strife.

People may pass secret messages in invisible ink, or charlatans may try to make their writing seem "magical."

Decreased scarcity might mean you have entire cities made out of it. (or if it is scarce, imagine the king who lives in his glowing tower and how wealthy and powerful he must be).

But if it is common enough that it means your people have ready and cheap lighting everywhere, that is going to have a drastic impact on your society. Artificial light had a huge impact on humans. It would be reasonable to have a city that "never sleeps."

If you wanted to have a society that lives mostly underground (or perhaps the sun is very dim on this planet) so that the average person does not get a tan from working in the fields, then having darker skin would be a status symbol.

UV rays can be used to kill microbes, so people would notice that water stored in containers having such stones might be healthier to drink, even if they don't have the science to know why. They might attribute the healthiness of the treated water directly to the magic, even though the magic acts indirectly in this case. In the past people drank so much alcohol in so many forms (beer, wine), even at young ages, because the alcohol kills microbes and makes water safer to drink (for you gut and kidneys, but not to your liver). In areas with such stones, people would have less need for alcohol (though need and want are separate things). 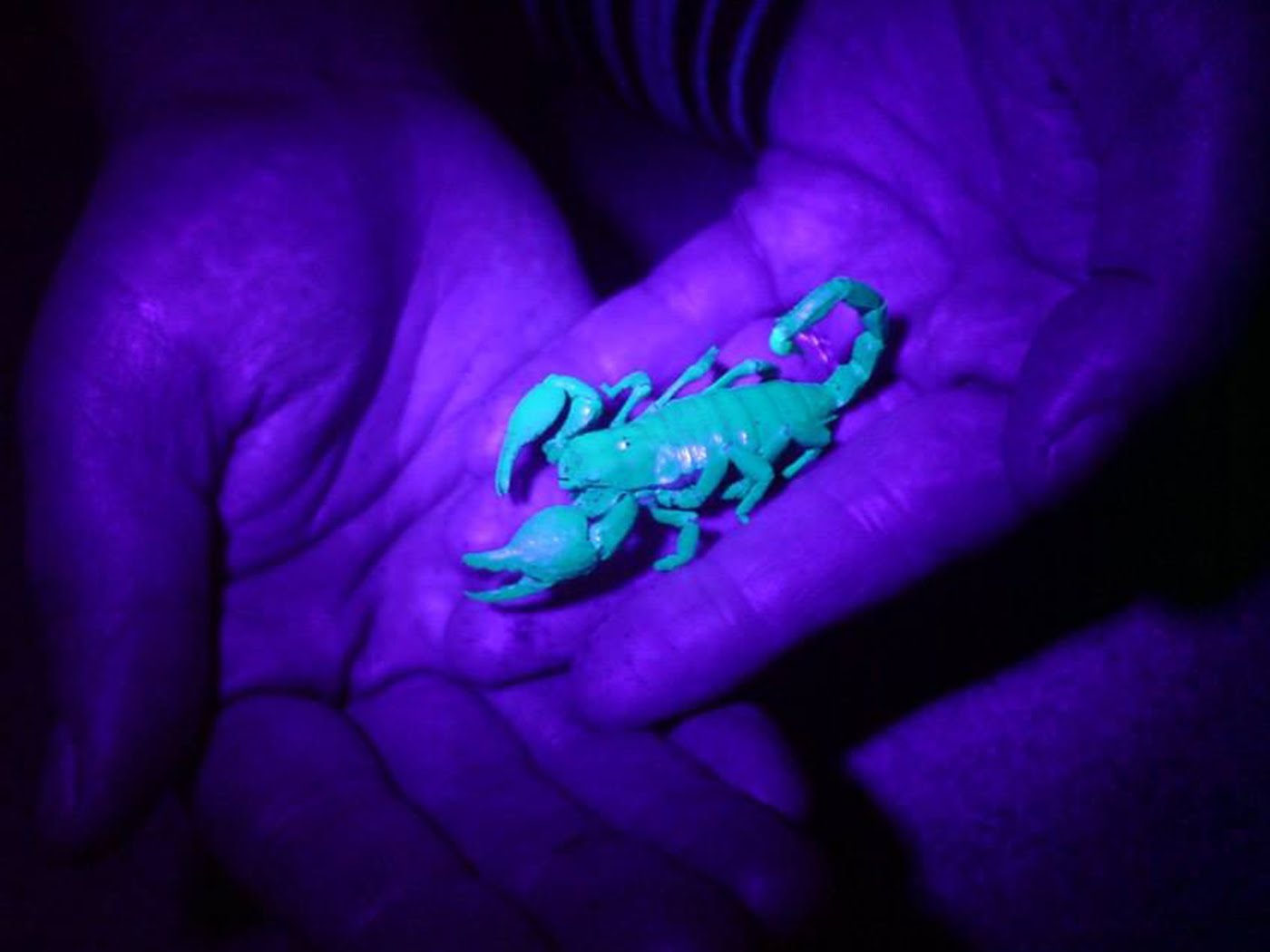 So the rocks may be used to find them buggers before they cause any harm, and also to detect other creatures (as an author, it's up to you which monsters also fluoresce).

And finally: dark light is UV, so medieval tavern raves!

I'd argue against any broad assertions about what might or might not benefit a developing society without some solid ideas about the make-up of said society, I can think of several environments in which underground farming would be massively beneficial. The Shetland Islands for example would benefit greatly from being able to farm in a controlled environment shielded from the elements and lit by magic, it's not just the cold or the lack of sunlight hours either, the wind erosion is phenomenal, being able to move most of the topsoil indoors would be a amazingly handy, you could also put underground crop farms under livestock grazing. Desert societies would also benefit greatly from the lower evaporation rates on underground farms. I'd say underground farming would be one of the best uses for rocks that glow.

Skin cancer would be possible consequence, but Romans never found out the horrible truth of lead pipes, so I doubt anyone would notice the detrimental effects of the glowy rocks. Unless I'm mistaken, of course.

How hard is the water in your developing society? The water's going to be cold, and if it's already hard, the water won't dissolve any lead.

Not the answer you're looking for? Browse other questions tagged magic materials natural-resources sunlight .

17
What effect would elemental magic have on the work force
22
How can magic and the economy reliably stand together?
9
The Rocky Road of Life for Rocks
5
Determining the energy efficiency of a Light Wand
21
Simplest explanation for societies to know about only one kind of magic of the two existing ones?
2
What Would Be The Effect of Avatars In The Military?