I have this alien race of amoeba-like creatures about the size of humans with the ability to morph their shape and move by constantly making and dissolving muscles by manipulating their membrane and bursting capillaries.

But these muscles cannot be permanent and making smaller ones is much harder for them than making bigger less specific ones. And this is a problem because their language is mostly based on color and how color changes on the body of an individual.

And other animals do this through muscularly manipulating chromatophores but since these muscles would to hard to generate in these creatures what would be a viable mechanism for rapid color changing like in cuttlefish?

You could have them change colors rapidly by having the creatures coated in a thin film, or with a color communication organ comprised of a thin film. They can change the thickness of the film. The color of the film will depend on its thickness. 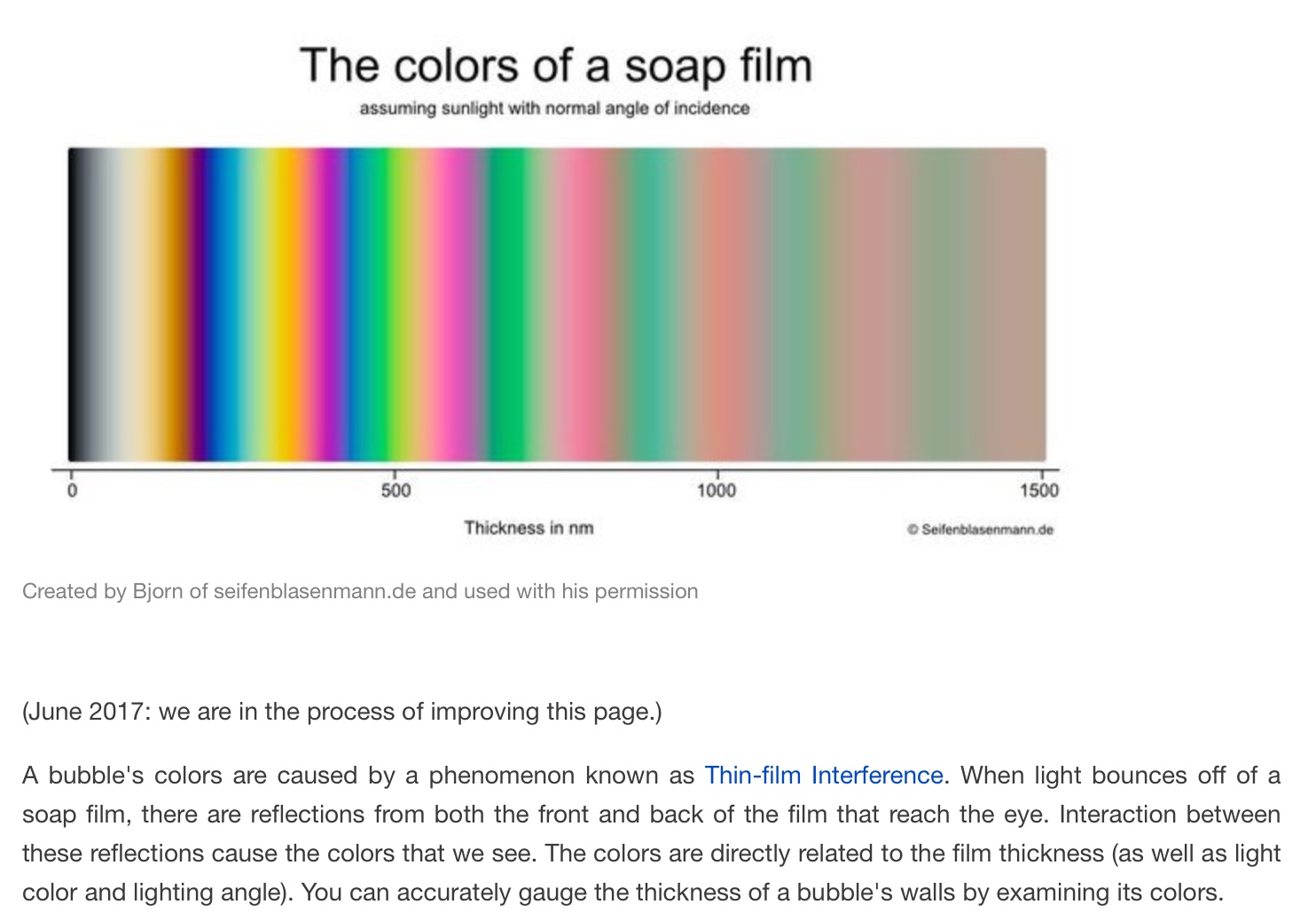 More on the same topic from wikipedia: https://en.wikipedia.org/wiki/Thin-film_interference

Thin-film interference is a natural phenomenon in which light waves reflected by the upper and lower boundaries of a thin film interfere with one another, either enhancing or reducing the reflected light. When the thickness of the film is an odd multiple of one quarter-wavelength of the light on it, the reflected waves from both surfaces interfere to cancel each other. Since the wave cannot be reflected, it is completely transmitted instead. When the thickness is a multiple of a half-wavelength of the light, the two reflected waves reinforce each other, increasing the reflection and reducing the transmission. Thus when white light, which consists of a range of wavelengths, is incident on the film, certain wavelengths (colors) are intensified while others are attenuated. Thin-film interference explains the multiple colors seen in light reflected from soap bubbles and oil films on water.

As you can see from the top image, the films involved are very thin. The thickness change would be only nanometers to produce any color.

Not the answer you're looking for? Browse other questions tagged biology xenobiology biochemistry bio-mechanics or ask your own question.

3
How plausible are my metal eating life forms and their impact on civilization?
8
Color-changing armored creature?
1
Effects of a Different muscular Fiber structure
8
Would color changing eyes affect vision?
1
Symbiotic fungus causing rapid mutations within the human body
6
Foraging behavior of a forest slime
13
Could a creature carry its own biome and be self-sustaining?
2
Superhuman: Extreme Temperatures Pt.2