There's a Thylacine that's found in Tasmania, unfortunately they only found a single female specimen. It it possible to grow Thylacines artificially (say like in an artificial womb) of both male and female sexes even though the donor is female?

*YES THIS IS FICTION!

science-based biology hard-science
Share
Improve this question
asked May 18 '18 at 22:05 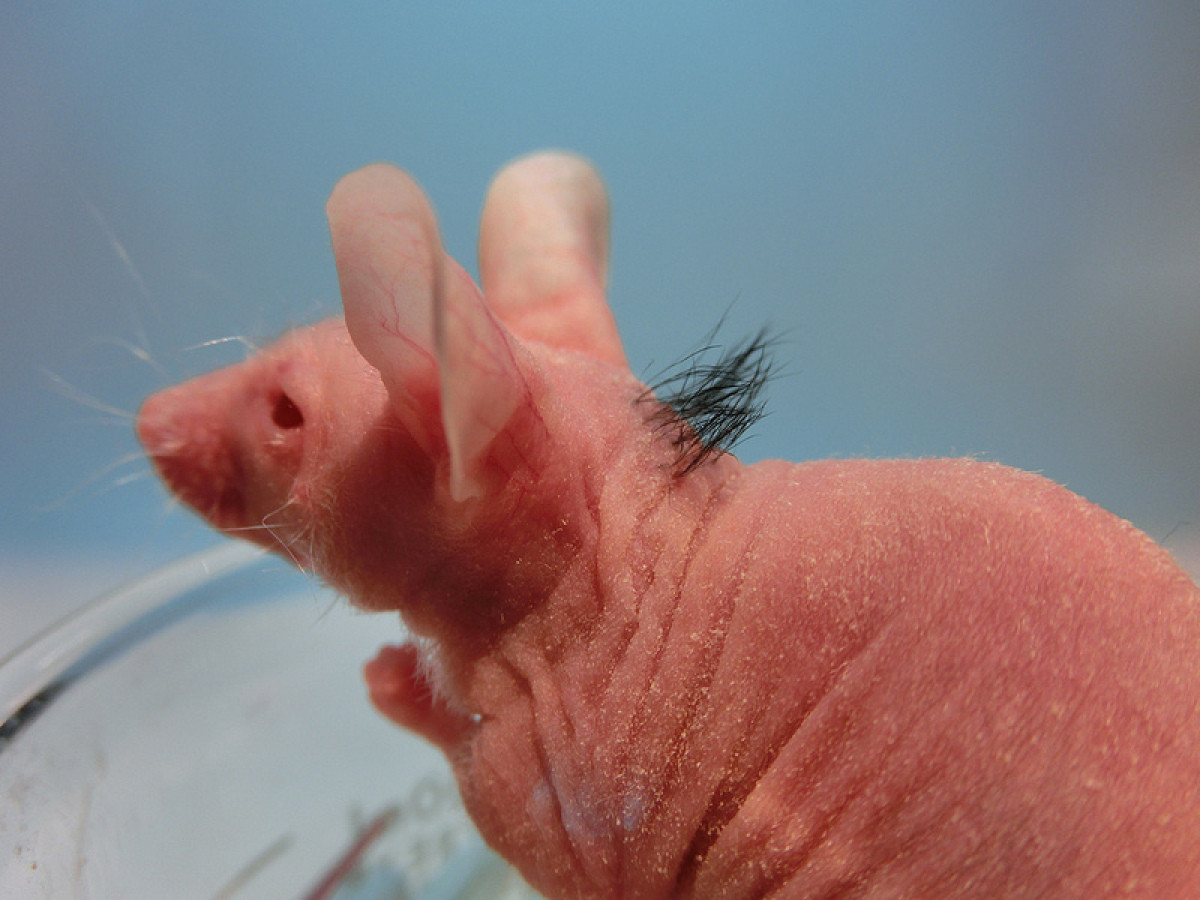 Cells can be assessed for viability. I can imagine that inserting DNA from long dead creatures might be hit or miss.

This method would let you generate a lot of genetically diverse thylacines with loads of redundancy and allowance for even a high rate of error and failure. There are hundreds of museum specimens around the world. There are as many immunodeficient mice as you care to raise. All your female thylacine needs to deliver are cells and she has lots of them.

Partially yes, though doing it today would probably be hard.

The problems here are threefold:

This may not be a problem. Viable bi-maternal embryos have been created in a variety of species at this point. The fact that both the gametes would be coming from the same parent is another problem, namely...

Parthenogenesis doesn't tend to work for sexed creatures, even when artificially induced, because of imprinting locations in our genetic sequences. We're big into recombination, because it gives us additional avenues for beneficial mutation and recombination, without reinforcing negative traits.

Potentially, you could use CRISPR to modify the genes in one of the manipulated gametes or eggs to increase heterozygosity. This is strictly experimental right now, though, and would be unlikely to produce viable offspring in this "one chance or you'll miss it" preservation of the species unless a desperate effort were made. Cloning potentially buys you some time here.

This is probably wholly unnecessary. While a Thylacine is part of a largely-extinct family, as long as its reproductive characteristics are sufficiently close to an extant mammal, a surrogacy could probably be maintained.

So, if this were to happen today, the species would probably be done for, though genetic samples could be preserved for cloning/recombination at a later date. We're very close, however, technologically, to being able to recover the species from a single specimen.

The one caveat - no male specimens, until and unless we figure out how to manufacture a Y-chromosome from whole cloth. We could potentially find a close relative and do some substantial genetic engineering on its gametes, but that is not something we're close to being able to do right now.

Not the answer you're looking for? Browse other questions tagged science-based biology hard-science or ask your own question.

9
Method to share genetics beyond traditional sexual reproduction
38
Would a sentient species be able to thrive when mating means the death of the male partner?
5
What Would Happen If A Bacterium Hijacked Human Gender Determination?
6
Biochemistry (mostly) Questions for Science Fiction
8
Sexual pleasure in anemophile reproducing humanoids
2
Why would a male marsiupial agree to accept responsibility for carrying half of his mate's joeys?
17
Is a naturally all “male” species possible?
11
Speculative Biology of a Haplodiploid Humanoid Species
11
Anatomically Correct Modular Body Plan Animals