So I have been working on a world where space has been "cracked" by some mysterious disaster which plunged the world into chaos.

It is not immediately apparent - i.e. no giant glowing holes in the sky, but the world map no longer follows the rules of geometry;

The changes are large enough that they wouldn't necessarily affect travel within a settlement, but would only become a factor over a couple of days of travel.

The survivors are located in a series of villages and settlements scattered across the continent where the story takes place. Communications and trade routes are being reestablished. This is some time after the apocalypse- possibly a generation or two, so the immediate aftermath has been dealt with. There are no GPS or communications satellites, though some maps of the world world remain.

My question is - how hard would it be to discover the distortions using traditional cartography? Could you definitively prove that space has been warped, taking into account survey errors, etc etc?

post-apocalypse travel map-making spacetime-dimensions
Share
Improve this question
edited May 17 '18 at 5:10
Chromane
asked May 16 '18 at 23:22

Triangulation is very useful tool for navigation. Basically, you take the angle between three different landmarks and correspond that to a map. But, it relies on space being (approximately) flat such that the angle you perceive between three landmarks is unique.

Here's a crude example. Imagine you see a landscape like this: 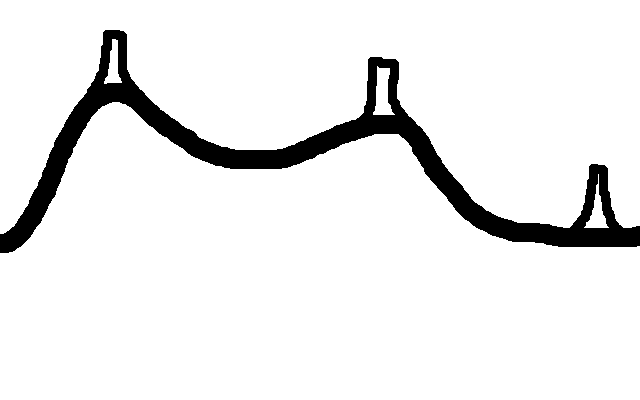 After you determine the angles between the three landmarks, you can refer to a map and play with the map to try and find the one spot where you would perceive these landmarks with this angle between each of them: 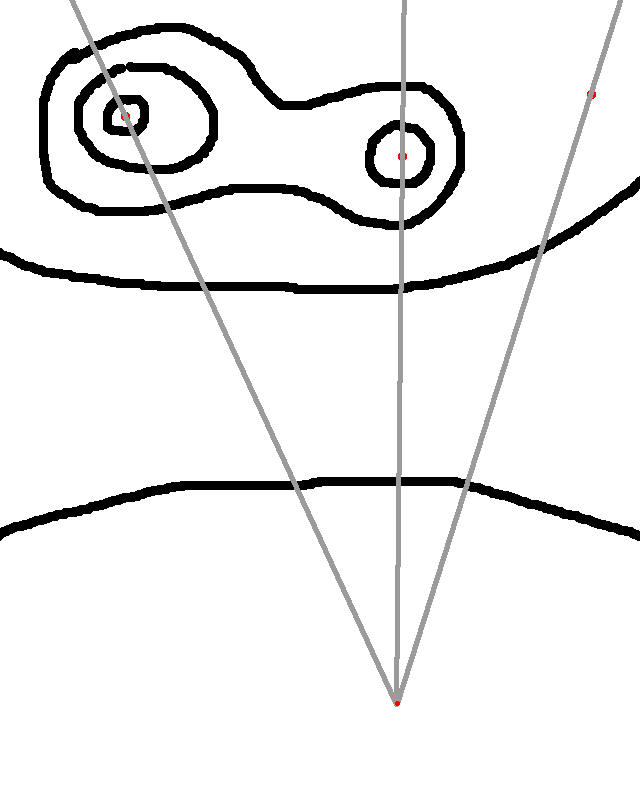 Notice that if space is flat, then there should always be a one-to-one correspondence with the angles you perceive landmarks making to each other and places in the world. All you would need to do to prove that some sort of extra dimensional overlapping or distortion is occurring is to find a location where three landmarks all appeared to be the same angle from each other as viewed from some other distinct location.

Here's a final mock-up. Notice that the new location has bent lines leading from it to represent the non-euclidean spacial relations, but the lines meet at the same angle: 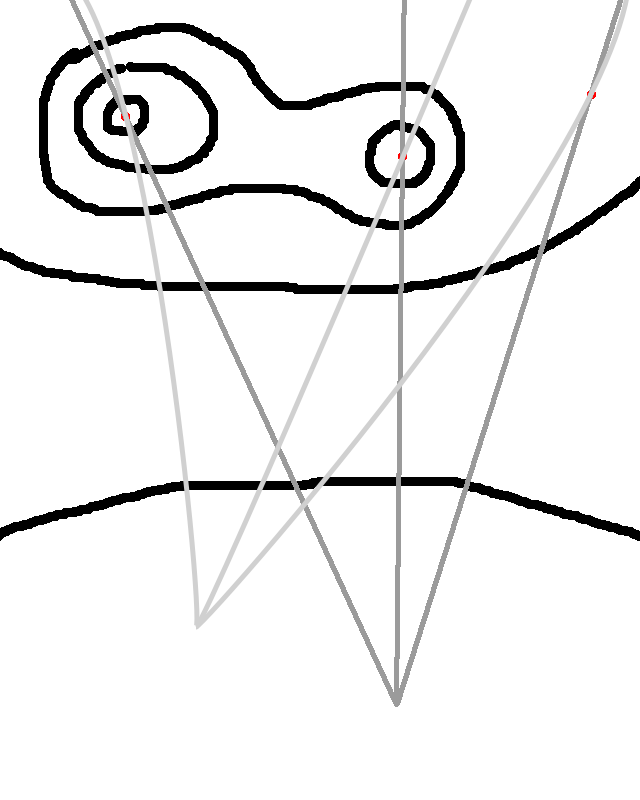 Not the answer you're looking for? Browse other questions tagged post-apocalypse travel map-making spacetime-dimensions or ask your own question.

8
Post-Apocalyptic Technology
2
Post-apocalyptic weapons industry
2
Would it be realistic for horses (whether naturally or from man) to make their way south to post apocalyptic New Orleans?
5
Realistic powers in an apocalyptic/post-apocalyptic setting
3
Best Animal for traveling through post-apocalyptic Colorado Mountains?
8
What would maps look like in a post-apocalyptic world where every 2x2 mile square of land is subject to a different supernatural gimmick?