Armor for Giant Crabs to Defeat Explosive Bites from Predators

The Eternal Arms Race Between Weapon and Armor

This world has a race of giant crabs who have developed armor sufficiently strong that the top predator's teeth can't puncture the armor. In response, the top predator has taken the next evolutionary step of developing specialized hammer shaped teeth and extremely fast closing jaws. The jaws close fast enough to create shockwaves in the crustacean's armor that generate high speed fragments that bounce around for a bit. (In modern tank armor, these high speed fragments are called spall). Spall damage to the crab's muscles and organs slow it down enough for the predator to finally kill the crab.

This is somehow familiar...

We've seen this kind of evolution in the development of HESH ammo in WWII by the British and the use of warhammers against late medieval armor plate. If puncture attacks don't work, go for percussion. For human carried plate armor, there was no counter as firearms made armor obsolete. In response to HESH, tanks and other armored vehicles acquired spaced armor and spall liners.

Crabs already have composite armor. So do you.

The jaws close fast enough to create shockwaves in the crustacean's armor that generate high speed fragments that bounce around for a bit. (In modern tank armor, these high speed fragments are called spall). Spall damage to the crab's muscles and organs slow it down enough for the predator to finally kill the crab.

Unlike a tank, which is mostly air inside, a crab is mostly fluid and flesh inside (citation: your local crab restaurant). The arthropod cuticle is really like composite armor with several layers. 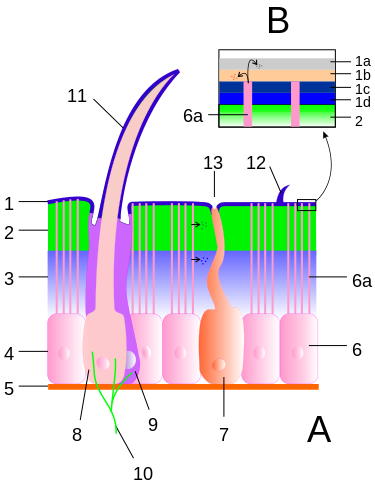 This, plus the squishiness of the organs behind it, acts as composite armor to absorb the shockwave and prevent spalling.

Vertebrates already have a spall liner, of sorts, inside our skulls. The brain isn't in direct contact with the skull, instead there is cerebrospinal fluid and various other cushioning material between it and the hard skull. This provides cushioning for light impacts. A concussion is when you get hit too hard for the cushioning to absorb and your brain bangs against your skull. 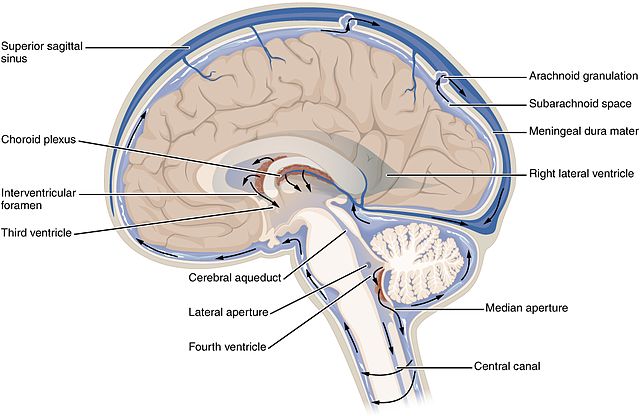 Finally, this paper title I found while researching this is too good to not mention: Strength Analysis of Human Skull on High Speed Impact.

Schwerin gives a great explanation of how the internal arrangement of most creatures provide protection, but you are also looking at ways to help defeat what is essentially a smashing attack against the outer shell.

Probably the fastest evolutionary response would be for crabs with more elaborate shells to survive these attacks, since the protruding ridges and arabesques will deny the hammer a flat surface to strike, deflecting the hammer entirely or reducing the blow and increasing the time the impulse will be received (as the bits and pieces get crushed or broken off by the strike). 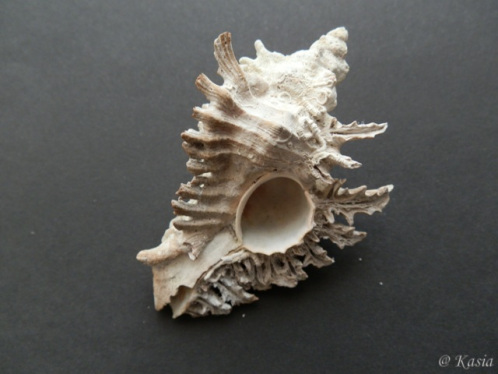 You can elaborate from here

Of course, evolutionary arms races are, well, evolutionary, so the predator will likely strengthen the skull, increase muscle mass and leverage to the jaws and exchange the "hammer" for penetrating "spikes". The last time this happened in Terrestrial history, we got this: 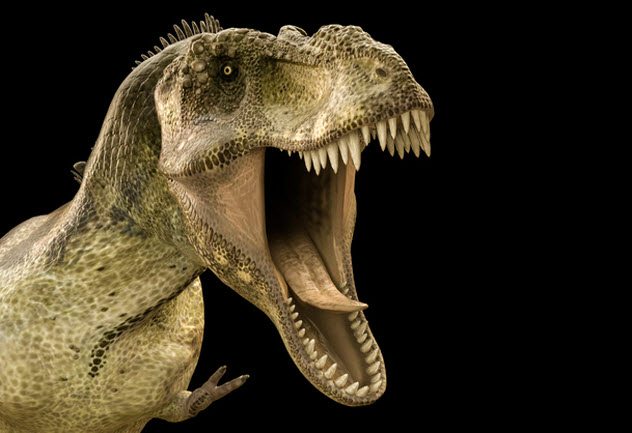 All hail to the King

Your predator has traded cutting / piercing teeth for teeth that produce a shockwave through a rigid surface on impact.

The defense: dispense with the rigid surface. The crabs are flexible and soft. The hammer teeth lose their energy with a slowed deceleration into the softness.

And better yet: the crab is sticky. Once the predator has triggered the spring that releases the energy to produce its shockwave attack, its jaws are just jaws - that are lodged in a lot of blubbery crab flab. Just behind the jaws is the neck. The best defense is a good offense, and crabs have a good offense too.

Having a soft covering that will stop shrapnel can be done pretty easily with muscle fibers covering the inside of the shell.

The main issue I see is that you don't just need a way to save the crustacean, but also a way to escape/injure the attacker. Maybe make the shells poisonous, or spiky and poisonous. Maybe the crustacean evolves to be faster than the predator, or able to reach places the predator can't.

Protection is good, but a deterrent is better.

How likely is it that these giant crustaceans would develop the equivalent of spall liners inside their shells to deal with the spall generated by the predator's bite?

Unlikely. There are too many mutations which would not be immediately selected along the way involved. It would take millions of years, and in the meantime other mutations might arise that would render it useless, so they might never get anything close to those liners.

If they don't develop spall liners, what would be the simplest and cheapest evolutionary change combat the predator's bite?

A symbiotic relationship with a particular wild and powerful type of cavities bacteria. Crabs have no teeth so they get no cavities, and the bacteria might thrive on the food leftovers that the crab rubs on its carapace.

So a single crab will not deter an attack from a predator. But once the predator bites a crab, they will be infected. The bacteria could destroy the predator's teeth faster than they could regenerate, and in a few days could cause them to become unable to hunt. Other crabs would thus be spared and the crab species would thrive.

Of course, natural selection will favor the more resistant predators. But keep in mind that bacteria will become an extra player in the game, and they evolve faster than more complex organisms.

What the heck - let's imagine that the crabs develop reactive armor. The predator goes to bite down on the crab, and the portion of the crab's shell being bitten blows up in the predators mouth, knocking out teeth, eyeballs, and brains (such as they are) in one go. To paraphrase the famous radio message from the battle of Midway: "Scratch one T-Rex!!!" :-)

Not the answer you're looking for? Browse other questions tagged science-based evolution weapons xenobiology armors or ask your own question.

13
What's a good jaw and tooth build to break armor?
6
How can my creature use explosives to get the maximum bite force/speed?

8
Alternate alloys for weapons and armor?
17
Weapons and armor from chitin
13
Quantum containment for nuclear explosive bullets
3
Armor For A Giant
16
Armor for wings
6
How can my creature use explosives to get the maximum bite force/speed?
8
What it takes for body armor to stop a .50 cal?
0
What armor for my giant slug species to do battle at sea?
16
If it could be shaped, would chitin from giant insects make decent body armor?