Aircraft that can endure high winds and storms

I'm building a world where all continents are Islands.

Since I was interested in giving a little bit of science backup on this particular thing, I decided that the weather was mostly windy and stormy as pointed out in here: Would an island-covered planet be possible? This in turn caused the main means of transportation to be completely aquatic.

If I wanted to create an airship that would be fit for an environment full of wind and storm, which would be the best shape to create it?

Avoid helicopters and airships. Try the WC-130 or WP-3D.

First, airships are not fantastic choices for maneuvering in high winds. Helicopters are bad enough, but airships are large and slow, meaning that there's even more drag on them from high winds. Adding stabilizers can help, but if wind direction changes quickly, steering the ship could be difficult, and flying could be dangerous. That's one reason why airships with very high passenger/cargo capacity have so far been unsuccessful.

Instead, use something more stable: An airplane. The two main airplanes used for hurricane hunting are the Lockheed WC-130 and the Lockheed WP-3D Orion. Both - although especially the WC-130, which is a fairly hefty aircraft - are equipped to fly straight through a hurricane, not just over it. The WC-130 has a fairly long range, of over 1,800 miles, and can reach top speeds of over 400 miles per hour. There's little to no structural modification; the planes are already capable of enduring high winds and other dangerous conditions.

The one issue you might want to keep in mind is runway length. The WC-130 and WP-3D Orion are big planes, with lengths and wingspans in the area of 100 feet. They're also heavy, and so they require longer takeoff/landing strips than, say, a light Cessna. It might be difficult to find such runways on a world of islands - although it's worth noting that the C-130 can take off on short distances and on a number of different types of terrain (including sand), and jet-assisted take off (JATO) could be applied, as in Operation Credible Sport. Nonetheless, you'll probably need takeoff/landing areas of 1,000 to 3,000 feet, depending on the weight of the aircraft, especially if you're not using JATO. That, I suppose, is the one advantage of helicopters and airships. 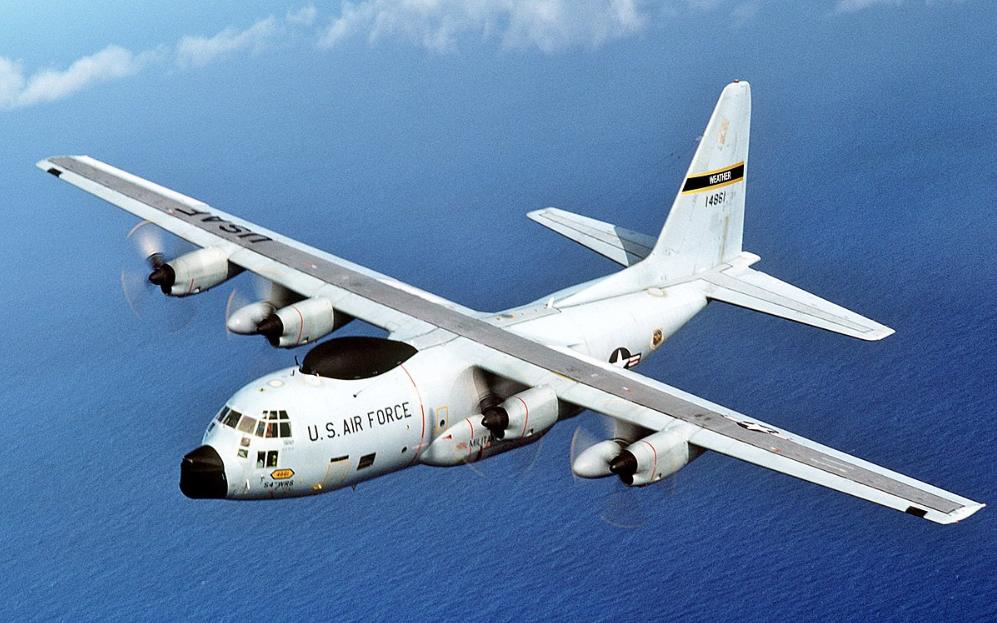 The WC-130 in flight. Image courtesy of the US Air Force and in the public domain. 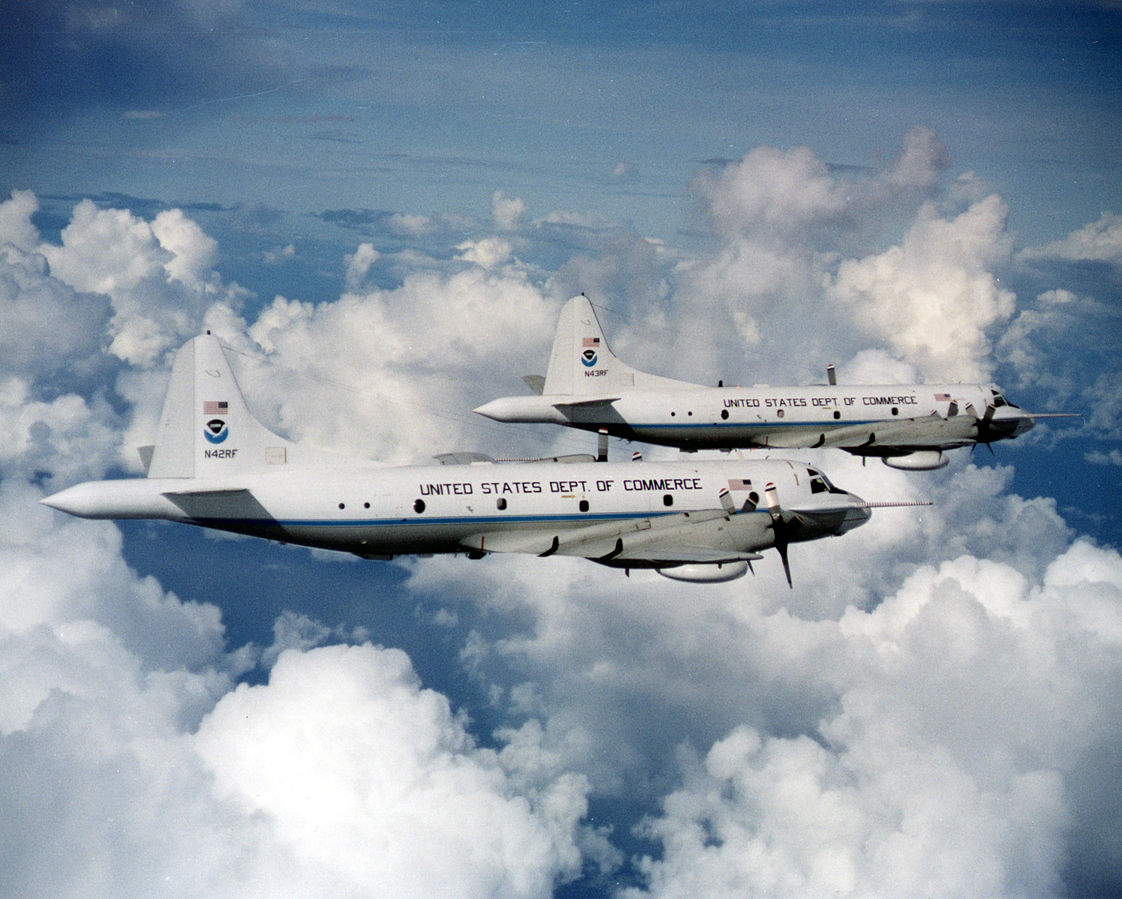 Two WP-3D Orions in flight. Image courtesy of the NOAA and in the public domain.

Not the answer you're looking for? Browse other questions tagged science-based weather engineering aircraft .

20
Would an island-covered planet be possible?

10
In a World of islands floating in the air how would people navigate?
2
How to make storms that temporarily suppress electronics
6
Largest possible man-made planet-like body
1
Post apocalyptic science based story
9
Cauldron of Storms: Geography to create and isolate localized mega-storms
30
How can glass marbles naturally occur in a desert?
2
Can I make a functional wingsail out of pre-industrial materials?
5
What kind of wing shape might a butterfly develop for regular over-ocean flight?