I have a character who fights hand to hand against people with swords and powers so he wears armor to protect himself. The thing is he has wings and I've been racking my brain if there could be armor that he can put on them. That won't hinder his flight but could also protect them. Is this possible?

The winged character does not have magic, but does have an ability to lighten his body so the wings work. Without the ability he couldn't fly at all. All his armor is small and lightweight, and his wings are feathered.

I'm not entirely clear from the question if the character in the OP is winged, like a bird, or a normal man who has a set of wings for flight. Assuming the latter, if they are mechanical (like Leonardo's flying machine), then they could be removed and stored in a safe place inside the castle prior to going into battle, which would be an easy and relatively inexpensive way of resolving the problem.

One of Leonardo's designs

If the idea is the character flies into battle unexpectedly, then he could be treated more like a modern paratrooper, who removes the parachute upon landing before engaging the enemy, or even an air assault trooper, who exits a helicopter and fights on foot like normal infantry. 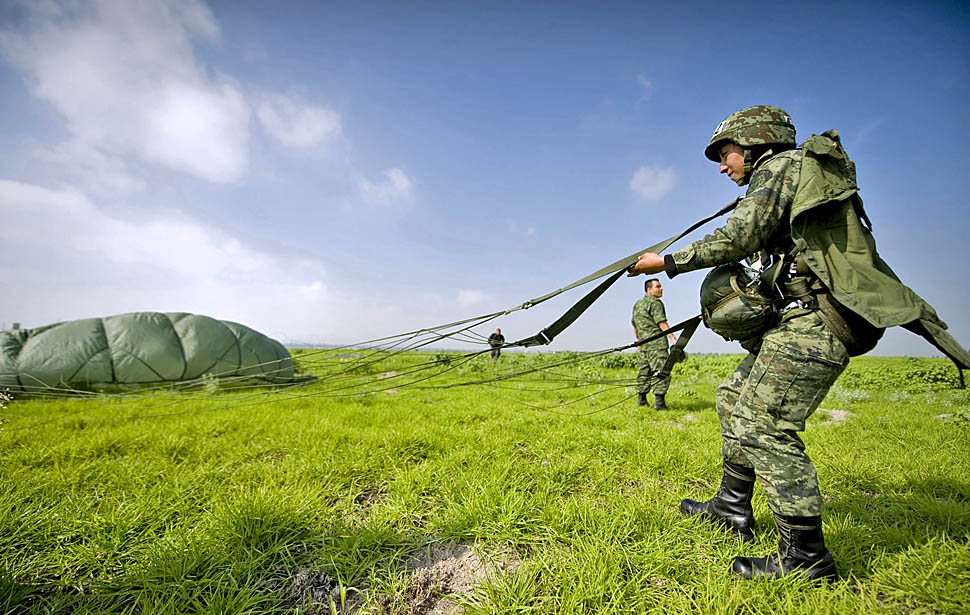 Mexican paratrooper getting ready to ditch the 'chute

If you consider the Leonardo sketch or the size of the paratrooper's parachute, you realize why the landed person needs to get rid of the wings at once: they are going to be huge, and just get in the way of hand to hand combat. Even wielding a bow will be difficult with wings attached.

If the person is actually winged, then there are very few options. The only really good one would be to consider the flying person functionally like a beetle, and have the wings fold under an armoured carapace when landed. 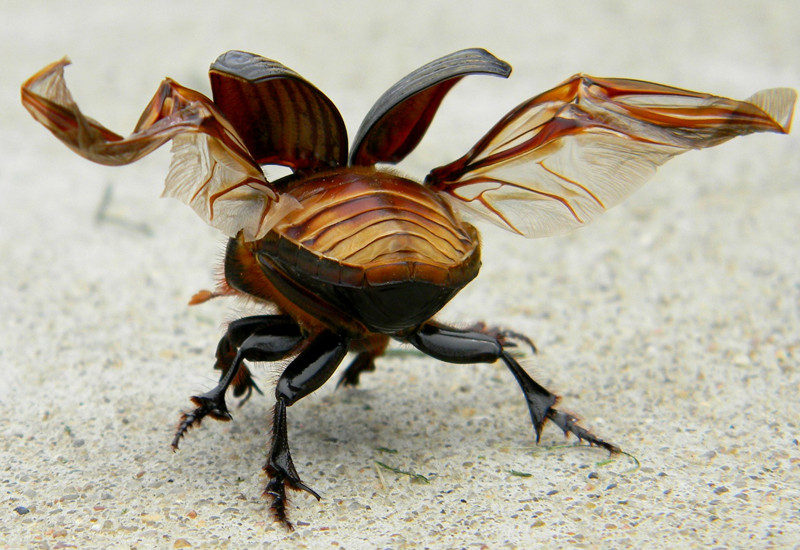 Covering the wings when grounded provides many advantages

So the wings either need to be shed prior to getting in a fight, or retracted under some sort of protective cover when not in flight.

Keep in mind: if your winged folk's wings are birdlike, then armor might be a bit overkill. Their wings would be mostly feathers and most weapons would push the feathers aside or pass through the wing relatively harmlessly. 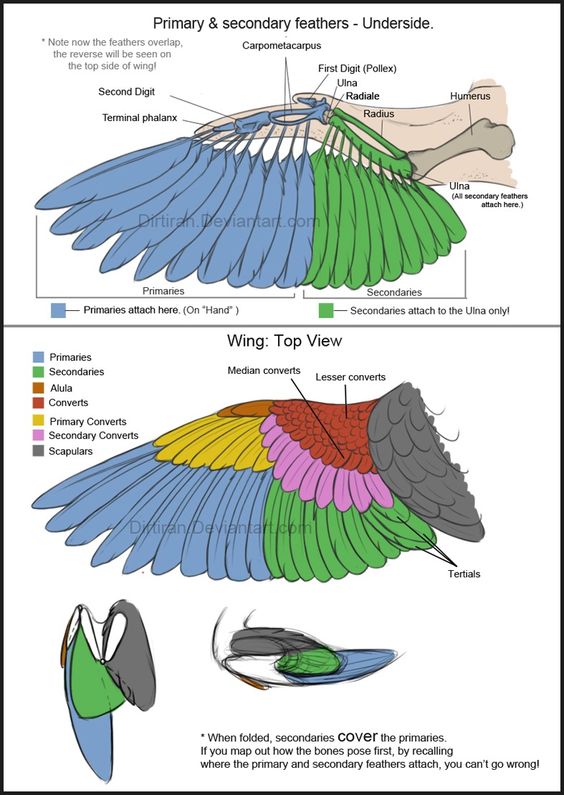 Something like greaves might work for protecting the flesh and bone parts of the wings. But in flight, I think this would be ill advised.

On the other wing, if your people's flying appendages are batlike, then armor might become more important. Their wings are mostly skin (all that light grey area) and will need protecting during a fight. Your warrior's body armour won't protect her, because she couldn't use her wings if they were inside the armour. She'll have to carry whatever kind of wing armour she'll use during battle whilst in flight. Keep that in mind before weighing a flying warrior down! 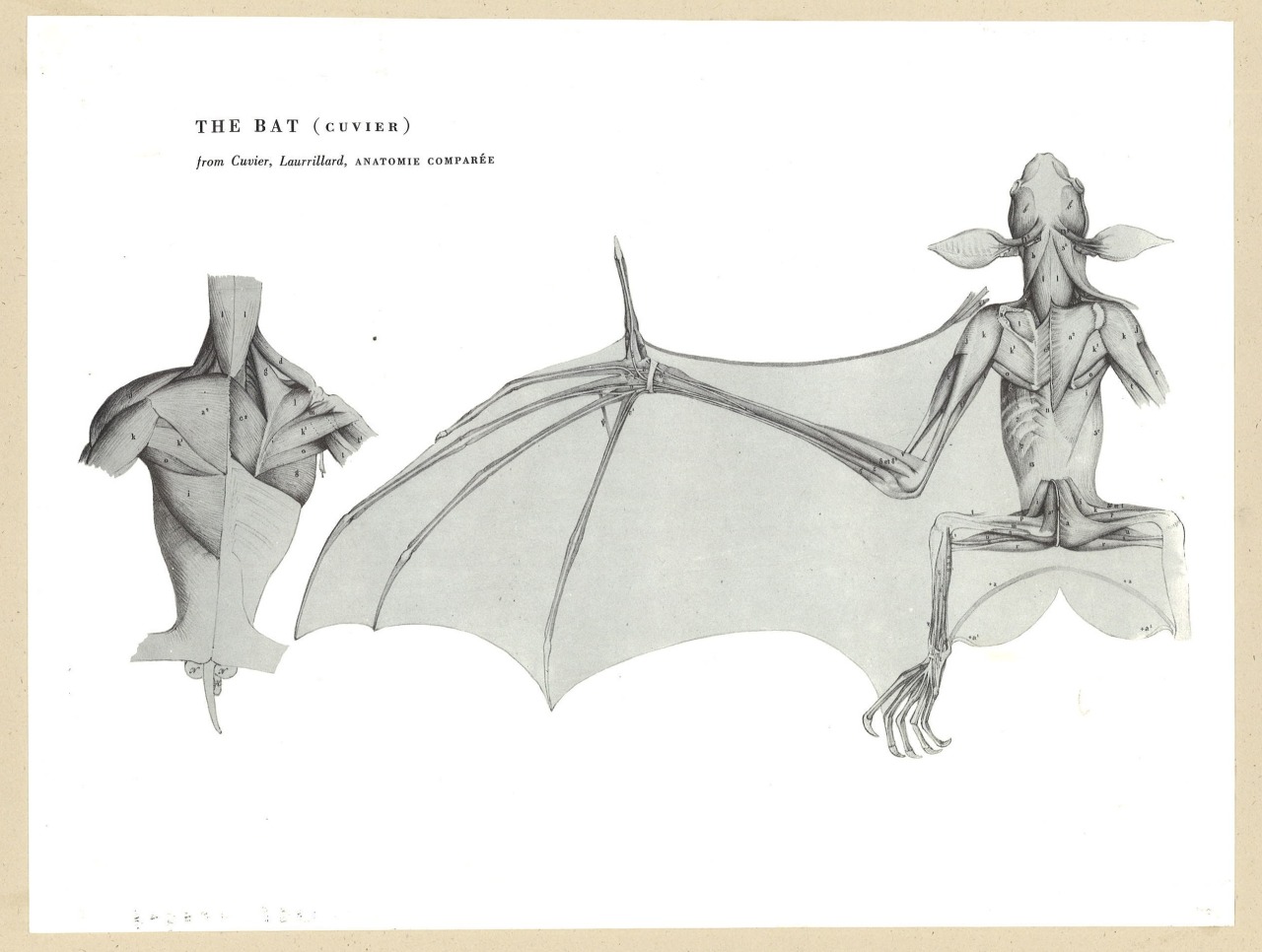 So yeah, wing armour is a possibility, though I think you might want to think about and perhaps rebalance some things:

While I find it to be a tad much, and certainly not intended for a warrior in flight, you might consider taking a gander at this wonder suit of armour: 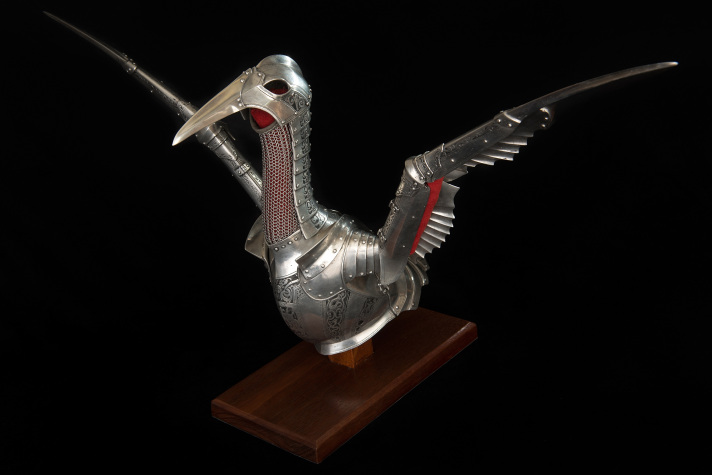 Putting armour directly on the wings probably won't be too plausible. They would weight them down, might limit their mobility, and would defiantly be exhausting. I'm imagining flying armour on your wings would be like climbing a rope with heavy weights on your wrists.

While I think your character wouldn't want to engage in hand to hand at all (flying out of weapons range and dropping hazardous objects would be hard for an enemy to counter), there could be ways to protect their wings on the ground.

What about a thick cape reinforced with chain mail netting? Sure, they couldn't fly with it on, but they could carry if in a sack and put it on when they land. If the wings can fold into a way convenient for fitting through doors, this might be enough to keep them safe in a melee. If the cape alone can't provide enough defense, what about a solid metal "shell" shield that's worn like a backpack? Just unbuckle the shell when you need to escape into the air!

This post is inspired by whenever I put my coat over my backpack when walking in the rain.

Depending on if magic is available in your setting, (You didn't specify, but the presence of full-sized winged humanoids suggests yes), probably not.

Normal armour is heavy. Even "light" armours such as leather tend to restrict movement. Any sort of covering over the wings is going to severely restrict their movement.

You might be able to get away with a small covering over the wing joints, but there's a reason most birds are ambush predators - they strike hard and fast, and if the prey's still fighting, get the hell out.

Full sized winged humanoids are already fighting a losing battle against gravity and the square-cubed law. Speed and manoeuvrability are paramount for a flying fighter.

Harvest the silk from Glarnakian spiders. By placing the spiders upon your wings before battle, the spiders will weave an intricate netting of silk to block all arrows from piercing through. Due to the lightweight materials, you shouldn't have a problem maintaining flight while also blocking projectiles.

Highest-performance (Silk Wiki) The toughest known spider silk is produced by the species Darwin's bark spider (Caerostris darwini): "The toughness of forcibly silked fibers averages 350 MJ/m3, with some samples reaching 520 MJ/m3. Thus, C. darwini silk is more than twice as tough as any previously described silk, and over 10 times tougher than Kevlar".[21]

also of note is this question related to my answer Would armour made of spider silk work?

Spider silk body armor is the key. Link is here!

It is produces for american soldiers, way expensive but way more efficient than regular armors. It is light, strong, flexible.

It could be not armoring but enforcing wings with embroidered fibers of light and durable material resistant to cutting. This material is entirely dependent on your setting - it could be silk, mithril, kevlar.

Keep in mind, this material ought to be light, and therefore it will not provide good defense for heavy mass-based attacks like blunt damage. But it could work for cut and pierce protection.

"The winged character does not have magic, but does have an ability to lighten his body so the wings work."

He doesn't have magic, but he does have the ability to lighten himself. Sounds like... you guessed it, magic. Let him have magic. It solves your problem.

And there's lots of ways where it wont turn him into a wizard or make him too powerful, which is what I think you're trying to avoid(?)

What if he can extend his "ability" to anything he's wearing? This might have the effect of making him seem like he's unusually strong, but really he's just extending this invisible "field" of weight negating energy around himself. Just 2 or 3 inches off the surface of his skin would do the trick for armor.

He's a mutant (think X-Men) with anti-gravity powers that effect only his own body and that which comes into physical contact with it.

Also, I noticed you didn't actually say the armor HAD to be what we usually think of as armor, so... What if he attains a talisman that gives him the one ability of making his wings impregnable to harm while he's wearing it? The rest of him carries on as usual, but the wings are toughened temporarily. This could create a nice story scenario where he loses the talisman and becomes vulnerable.

OR, maybe the darned wings are just that tough already. Its a fantasy setting and you make the rules. If you say they're that tough then they are. Using the X-Men as an example again, I always wondered how Angel could use his feathery wings to do more than just fly. He seemed kinda weak. Well, once I started thinking of his wings as super strong I realized maybe thats all it needs. They're just super tough.

Not the answer you're looking for? Browse other questions tagged armors or ask your own question.

41
Would armour made of spider silk work?