Would it be possible to "green" the Saharan desert, given near future technology If so what things might have to be done, what kind of plants or bio engineered plants and animals would be introduced? Would dropping chunks of comets from orbit work to provide rain?

Dropping chunks of comets is a bit extreme, but a source of water is much closer at hand: the Nile. The Aswan High Dam will eventually directly or indirectly cause water to spill into the Qattara Depression, creating an even greater artificial lake than Lake Nasser. 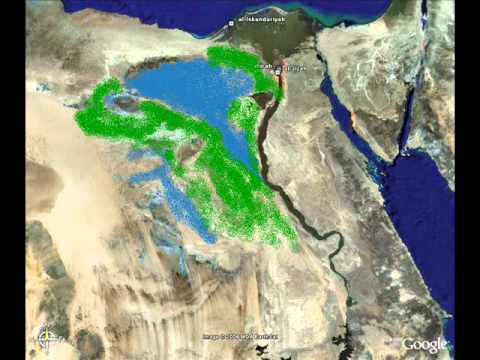 The Qattara Depression Project as originally envisioned would have water flow from the Mediterranean Sea into the depression, but using fresh water from the Nile would eliminate many issues cause by using salt water for the project. The water flowing from the Nile into the depression can be harnessed for hydro power, for industry or to desalinate sea water from the Mediterranean Sea, and the large area of the new lake would absorb solar energy, changing the micro climate, as well as evaporating and creating the basis for more rain in the region. 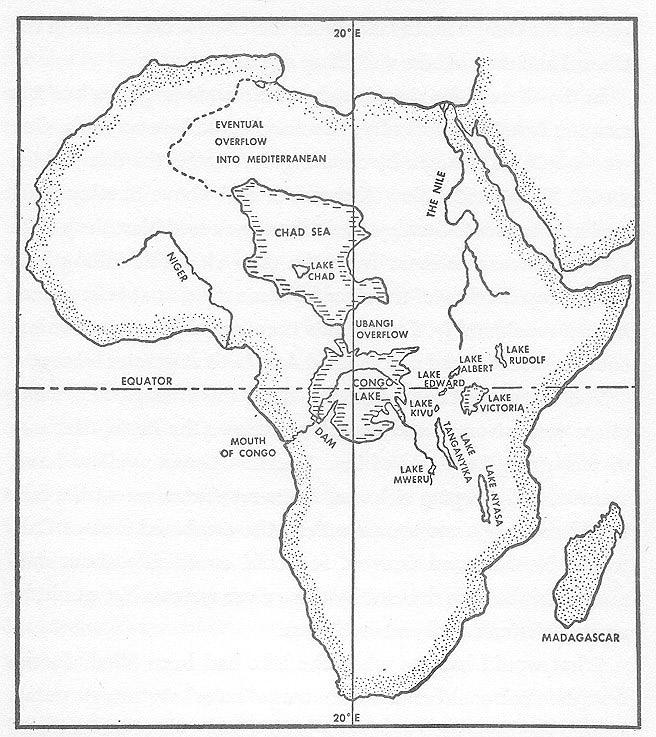 Damming the Congo and creating inland seas. What could possibly go wrong....

Longer term (centuries), water will seep from the bottom of the new lake, and charge underground aquifers over a much larger area. Current oasis will expand, and older ones which had dried up will be revived, providing the nuclei for further greening, even without human intervention.

Some things that people can do to speed up the process is to plant fast growing grasses and other vegetation along the edges where lakes or oasis are growing to stabilize the soil, and manage the introduction of microfauna (bacteria and fungi) which will further bond to the particles of sand and help speed up the conversion process into new soil.

Either of these projects is geoengineering on an unprecedented scale, and the possibility of unanticipated effects overwhelming the initial goals of the project are about 100% (the biggest variable is what the effects of the new micro climate over northern Africa will actually be). Of the two, the Qattara Depression Project is likely more feasible (for certain definitions of feasible), although probably still outside the scale and scope of human engineering projects for a while yet.

This is one of many very dangerous suggestions put forward by "geoengineering" enthusiasts. As Mark Olson notes, the Sahara was indeed once a lot greener than it is today. In fact, it's still growing! Terrifying, right? There are efforts to stop desertification (as Tim B II discusses), usually involving planting very hardy vegetation in order to stop erosion and create the necessary ecosystem functions to retain water. Interestingly enough, however, a plan to completely forest the Sahara, as you propose, could lead to the destruction of the Amazon rainforest, which is fertilized by 22,000 tons of phosphorus blown from the north African desert every year, alllll the way across the Atlantic!

While I agree with Mark's answer, it should be noted that there are companies Converting the Sahara to farmland now, as we speak. Also, both Israel and Ethiopia have water management plans in place aimed directly at converting desert areas into arable land for farming purposes. None of these 3 real world modern examples have used comets, but they have used water in ways that preserve and reuse this precious resource.

This (ultimately) is the way to change a desert; the key is water. Deserts look like they do because there's no water there. Add water, and over time the sand becomes soil and plants begin their slow march into the space. Of course, we can accelerate that process, but the secret is and has always been water. Whether you divert existing fresh water sources, or desalinate existing seawater, once you have the resource, you can use it at the periphery of the desert and let the vegetation solve the problem for you if you wish.

Accelerating that natural process is more complicated of course because plants as they grow, die and decay add nutrients to the soil that allow for the next generation to grow faster and more reliably. Acceleration means providing those nutrients faster, and probably seeing the sand with topsoil as well so that it can be used by plants faster, but essentially vegetation on Earth is prolific and will solve the problem for you in time, given enough water.

When you think about it, that makes perfect sense; plants are constantly being eaten by other things; if they weren't this prolific, they wouldn't survive. So, in that sense, the fact that they form the primary food source for us all, even feeding the animals we eat, means that they are evolved to grow as voraciously as possible in ideal circumstances. Water just provides that ideal circumstance.

So, add water and a bit of time to recreate soil and you have a Green Sahara.

I doubt that moving comets is optimal. I strongly suspect that pumping large amounts water from the Mediterranean into depressions and creating large (salt) lakes would by evaporation add enough water to the atmosphere to increase rainfall.

Since some theorize that the Sahara was formed by neolithic herders moving in and converting the vegetation to scrub which then started a vicious cycle leading to desert, it's possibly that careful re-vegetation of the region using desalinated water might produce a stable wetter climate.

In total, three cooling cycles per a batch of waste heat for water desalination and electricity generation.

Not the answer you're looking for? Browse other questions tagged science-based environment .

2
Can solar energy be used to desalinate seawater in Australia?

8
What would life be like on the remnants of a shattered planet?
17
How to desiccate your world?
37
How can hornets be engineered to kill a human with a single sting?
11
Extremely huge dirigible/airplane hybrid feasibility
12
How might people try to stop the world becoming a rogue planet?
9
Would inflating hot spheres of metal be a viable zero-g, vacuum ship-building technique?
4
How to build a massive canal system with the aid of limited magic that does not substantially affect anything else?
20
Delivery of minerals to Earth from the asteroids by artificial meteorite or solid metal glider