Bonobos tend to solve disagreements through sex instead of violence, what might have caused this to evolve, or something similar to evolve in a sapient race of humanoids?

The same thing that caused it to evolve in bonobos. 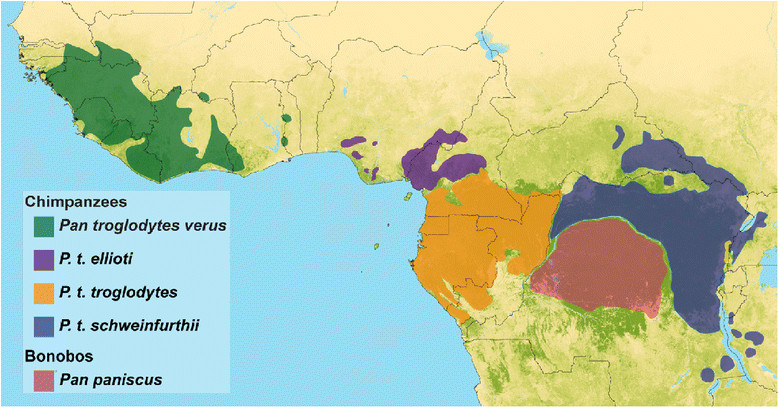 If you look at this map of the respective ranges of chimpanzees, Pan troglodytes, and bonobos, Pan paniscus, you'll see that each species' range is separated by a blank line. It doesn't show this on the map, but it is in fact the Congo river.

Primatologists think that when a population of chimpanzees was isolated by the creation of the river Congo (Which would, of course, be an impassable barrier to other chimpanzees.), they continued to evolve and adapt to their slightly different environment until specification occured.

The thing is, though, that the food in the bonobo's range is more nutritious and in greater abundance than that of their cousins' range. It would appear that because of the slightly harsher environment north of the Congo, chimpanzees are more aggressive and competitive. In the relative paradise of the area south of the Congo, warfare is not necessary and conflict can be resolved through much more peaceful methods.

So, your humanoid aliens would have had to inhabit an area where there is no need to compete or fight over food, territory and resources. They could have diverged from a more aggressive species like the bonobo did, or they could have been peaceful all along.

In a civilization of bonobo-like sapients, there would be little or no warfare between countries/tribes/houses/whatever your humanoids' social structure consists of. Smaller things like arguments, divorces and disputes would also be much less common, and their sports might be a lot less violent.

It would be very interesting to see how such a peaceful society would work, if this is a project of yours I hope it goes well.

The major factor favoring bonobo conflict resolution is that their males and females are exactly the same size and can see each other most of the time while foraging. Unlike chimps where the males are larger and the the group breaks up to forage, Bonobos groups do break up to forage but only in to two or three still large groups.

Since everyone is the same size it makes it really hard for anyone to bully anyone else physically. This also means bonobo females can mate with multiple males, meaning males cannot tell which offspring are theirs, so violence against children is also disadvantages. In chimps males can force more exclusive matingand will kill the offspring of other males is given the chance.

because they can all see each other violence within the group can be easily punished by the rest of the group and at the same time it is hard to fake or lie about a conflict. This way being able to solve conflict without violence is more advantageous for everyone even the strong.

So you want a species that has no sexual dimorphism, that hunt/forages in large groups, and in which everyone can keep track of what everyone else is doing the majority of the time.

There is a theory that bonobonos are actually closer to humans in how they react to the world, but that their easy sexuality didn't fit with social mores, so we ended up with studies focusing on chimpanzees instead

Selective fitness depends on both intergroup and intragroup interactions.

Intragroup - interaction between individuals belonging to the same group.

Consider intergroup interactions. If a male and his brothers can attack another group, kill the males and male children, take away impregnate the females and carry off all their stuff (or commandeer their territory), this group of males improves their selective fitness. They leave more offspring and they have the (stolen) resources to make sure their offspring grow to reproductive age. The capacity for effective, organized violence is key to this sort of endeavor. A group like this attacking a society which solves problems with sex will make short work of them. Any society possessing individuals capable of this can only be opposed by other individuals with the same capacities.

Consider intragroup interactions. If I am a male who is violent with my peers and neighbors, they will dislike me. They may avoid me. They will not help me when I am hurt or bring me food. I might take a mate by violence, but she has brothers and cousins and they will find me afterwards and make me pay. If I live in a world where violent intergroup interactions are the norm, my intragroup violent tendencies will be tolerated to a point as a necessary evil - I am a hateful jerk but I come in handy when the marauders show up. But if this never happens then I am not welcome.

Imagine that hippie culture didn't go out of fashion but took over the entire world by now. This is of course an interesting world to imagine, but would be difficult to tell what actually can push our civilization in this direction. I can think of only widespread drug use (sorry if I sound too cynical).

Not the answer you're looking for? Browse other questions tagged biology evolution reproduction humanoid sex or ask your own question.

14
Social implications of intelligent species that practices external fertilization
17
How would gender roles be affected by a society where parents could control the sex of their child
9
Would a modern culture in which parents can decide the sex of the child have an even number of each sex?
3
How could a creature like this evolve?
23
How could matings between two species produce only female offspring?
4
Would a floating clavicle be useful in arboreal humanoids?
7
Sexual pleasure in anemophile reproducing humanoids
7
Can a genderless race have sex?
1
World conditions for Flying Humanoid Like a Human