What design considerations would there be for a space ship using low-tech bioregenerative advanced life support and propulsions systems?

The ships would be permanently extra planetary and manned by 4-5 crew. All life support water, food, oxygen and propulsion being produced by bacterial cultures (not necessarily the same). With all waste produced ($CO_2$, grey water, waste/spoiled food, organic matter) being recycled through the system or systems.

The ships would not be using high tech approaches but intentionally low tech and avoiding anything that generates or uses electricity, with the possible exception of simple circuits.

The ships and crews are part of a factionalised society, that has retrograded technology intentionally away from high tech, the ships are relics of this earlier time though reduced to shells of what they once were and refitted to support life but not quality of life. Along with the crews, they defend their own claimed space against encroachments by the other factions. As there is little to no manufacturing due to the tech regression, the winners in encounters essentially cannibalise ships and crews for parts to repair/maintain the ships, and crews to feed the bacteria.

The problem is your energy source

If it's a long term mission, with no electricity and therefore no power source, we need energy to grow plants and feed our crew with limited to no capabilities - we would need to obtain energy from the sun to do this.

Sounds like then a 'biosphere' - in other words a drifting greenhouse. Plants can then photosynthesise and extract energy from the sun, converting nutrients for consumption. Even your bacterial cultures need some form of energy input, to create a self sustaining ecosystem inside.

Even though to just sustain 4 crew your ship would be quite large. With no artificial power source and no electrical activity on board you would need a large surface area to maintain enough resources and oxygen for the crew. As an example, keep in mind on Earth that the average citizen has an ecological footprint of 1.7 hectares, and that's just to live let alone perform your ship's mission.

The other part to consider is propulsion - how to move the spaceship. The only way I could think of without using propellant is solar sails, but this is fairly limited and fairly slow- especially for the large mass of your ship. This may limit the mission you could accomplish.

Also radiation, we need to shield your crew from radiation if they are out their for long periods of time. Again, the only low-tech way I could think of is to use mass - perhaps your water could accomplish this to get enough shielding for the crew, depending on how long you're out there. 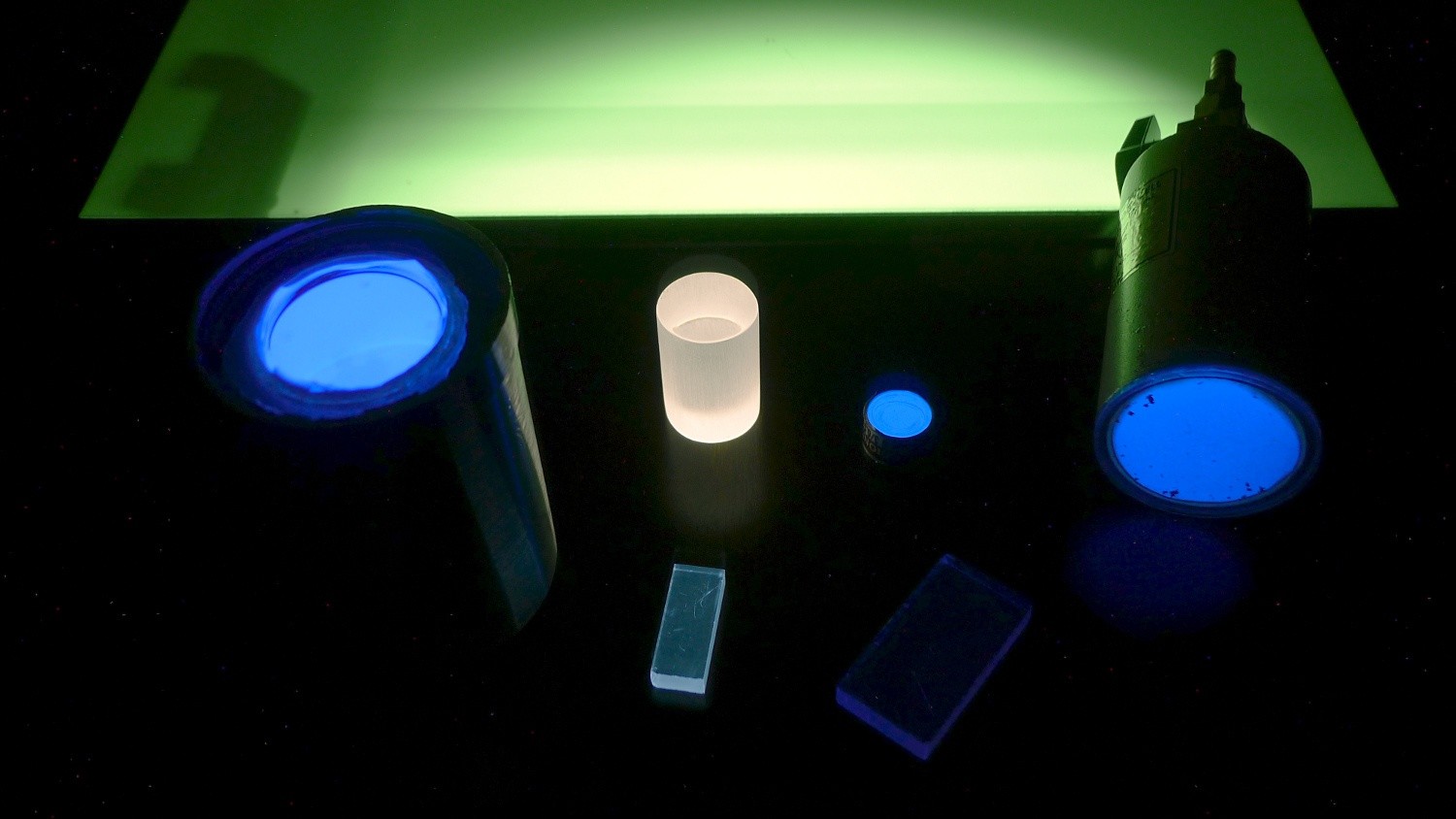 This is current tech or near future tech.

This does not involve your bacterial colonies. It is a scheme for a reactionless drive so you do not have to throw mass behind you.

The speed of light in a vacuum is constant, according to Einstein's theory of relativity, but its speed passing through any given material depends on a property of that substance known as its index of refraction. By varying a material's index of refraction, researchers can influence the speed at which both real and virtual photons travel within it. Lähteenmäki says one can think of this system as being much like a mirror, and if its thickness changes fast enough, virtual photons reflecting off it can receive enough energy from the bounce to turn into real photons. "Imagine you stay in a very dark room and suddenly the index of refraction of light [of the room] changes," Lähteenmäki says. "The room will start to glow."

Your generator steadily alters the refraction index of its generation chamber and by doing produces photons. Those which stream away behind the ship will propel it. Those streaming forward propel it backwards until they hit the solar sail, yielding net neutral propulsion from the forward streaming ones.

Downvoters - stay your hands! This is not a something for nothing scheme. As noted in the linked article, the energy to produce these photons from the void comes from the energy put in to alter the refraction index of the light generation chamber, and you put in more energy than you get out. But you can run your chamber through a cycle of refractive changes and not lose mass off your stern.

Vacuum, schmacuum, you may scoff. What about #1 - crystal scintillators? Cant we just use those for the light sail? We have them all nice and bright for the bacterial colonies? Hm, yes. Well, we want to use them all to grow germs, you know.

Well what about using that swanky light generation chamber to grow the algae? Photons are photons, and that rig is a lot lighter than the thorium we are toting around. Ah, true, true. The engineering folks and the bacterial colony folks don't talk to each other much, you see.

The ship once contained at its blazing heart a massive reactor that blazed like a burning star. The knowledge and ability to run and maintain it at full light has long since faded and now it simply smolders on its lowest idle level. But even so it still produces a fair amount of heat. Stirling engines have been attached to it (which have existed since the 1800's). The heated side of a cylinder causes air to expand and drive a piston, which compresses the air on the unheated side rendering it hotter, which then drives the piston back. This turns a crankshaft and as long as equilibrium between the unheated and heated side is maintained the piston will continue to drive it's crankshaft. They are generating electricity, but at a low level, on par with the 1800's level of power generation. They use very simple low voltage circuits to accomplish what tasks require electricity (in space you will always need at least SOME electricity). 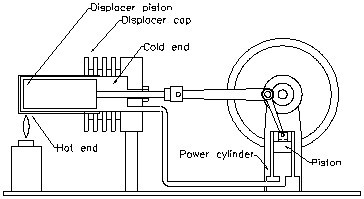 Not the answer you're looking for? Browse other questions tagged science-based science-fiction spaceships biochemistry or ask your own question.

6
What properties would make a plant ideal for use on a space ship?
8
What measures (and appropriate countermeasures) would be used for sensing and target acquisition in far-future space warfare?
51
What shape of a ship would be most effective in real life space combat?
9
What is the fastest an earth-like planet can spin and still support life, and would it be possible to launch space-craft from it?
3
What would be the best design for a resistant and fast humanoid leg?
8
What would be the best design for a ship maintenance bot?