Would biological hydraulics be worth evolving in tetrapods?

I am working on an extraterrestrial class of tetrapod-like organisms. To give them an evolutionary advantage, I am considering biological hydraulics to supplement the muscles in the hind legs. Eventually I may ask about more mechanisms, but currently, I am investigating whether or not this would even be worth the energy.

The class comes in a similar size range to land mammals, with the smallest weighing about two grams and the largest at around twenty tonnes. Of course in some species, the hydraulics could have become an obsolete trait. Some things the entire order has in common are:

The basic design is the circulatory or lymphatic system functioning as storage for hydraulic fluid. The blood or lymph will then be forced via muscle contractions into closed chambers in the thigh to push the limb when required. I am also considering using a separate fluid stored in the abdomen, but less so because of the loss of space to other organs.

Would hydraulics systems help the creatures survive, or would they be a waste of energy?

science-based creature-design evolution
Share
Improve this question
asked May 7 '18 at 0:09

Velvet worms are terrestrial animals that use hydraulic legs. Model your creature on them. 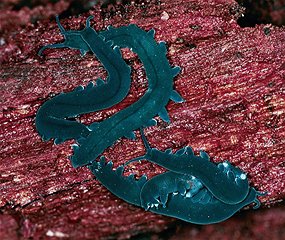 Periodic Tables Unifying Living Organisms at the Molecular Level:The Predictive Power of the Law of PeriodicityNov 8, 2017 by Antonio Lima-de-Faria

Velvet worms have legs but do not have a skeleton. All of the functions of the skeleton are done via hydraulics.

If you are dead set that your creature will have an endoskeleton, hydraulic appendages are still very much an option. You may be familiar with a method vertebrates (including humans) use to produce a temporarily rigid organ using only hydraulic pressure.

I just want to address the method you've suggested for the hydraulics. I realize this is an old post but if anyone else stumbles upon this like I have perhaps this will be useful.

Lymph is definitely a realistic fluid to drive hydraulics. In fact, a kind of tuna has been found to use exactly that (https://news.stanford.edu/press-releases/2017/07/20/tuna-fin-movemenydraulic-systems/). However, I'm not sure you completely understand what lymph is and how it moves through the body. Lymph is not a closed, cyclical system like blood is, and therefore having a heart-like organ to move it probably wouldn't work. Lymph is excess interstitial fluid (the fluid between cells) that slowly gets pulled through the lymphatic vessels to drain back into the bloodstream.

I'm certainly not saying that these creatures couldn't have a new closed-system fluid to power the hydraulics, just noting that lymph is not closed-system.

It also strikes me that it would be quite difficult for a twenty-tonne animal to generate any relevant levels of force with hydraulics. Spiders and velvet worms (the examples given in some of the comments above) are very light, and tuna aren't attempting to support any kind of propulsion with hydraulics. I won't say that it's impossible, but I'd suggest significant further research to figure out if meaningful hydraulics would be possible for such a large animal.

I hope this sheds some more light on the subject for anyone who comes across this question.

Thinking about this, its hard for me to see any kind of evolutionary pressure that would push a species to evolve hydraulics rather than normal muscle. There are some disadvantages to hydraulic systems of movement, like how any damage to the pressure system for the hydraulics nullifies any possibly movement from that system, meanwhile, muscle fibers can be damaged but the other muscles around them can still work fine.

There is one possibility i can think of though, and that is stored pressure in a highly accurate package. This is the idea: Lets say that there is a predatory species that lives in a habitat where many of their prey stay hidden underground. Firstly, the evolution of highly sensitive feet parts to sense the vibrations underground may help them to locate prey, and later on, instead of having to dig for the prey carefully, trying not to alert the prey to run off somewhere else in their underground maze, the species may have evolved to very accurately locate where prey is underground, and uses the precise linear movement of a hydraulic appendage, they can line themself up, put a lot of hydraulic pressure into the appendage, storing the energy, and finally, releasing all the force quickly and accurately, stabbing underground and grabbing hold of its prey before it even knows its being hunted.

Natural selection works via two ways, selection for survival and sex selection (think peacock tail feathers which have no survival value except, maybe, weeding out those too weak to compensate for all the disadvantages of it).

Translation, things can and do evolve that aren't energy efficient if there is selection pressure for it.

12
What would be a more efficient reservoir for biological hydraulics?
5
Alternative to hydroxyapatite in alien organisms

4
Evolving another pair of limbs?
1
Mammals evolving antennea
2
Hominids Re-Evolving Tails?
18
Biological ''Helmet''
8
Creating a scientifically semi-valid super-soldier, part 5: Heart and circulatory system
12
What would be a more efficient reservoir for biological hydraulics?
25
Would this biological cooling system work?
6
What Prevents Gigantic Monotremes From Evolving?
3
Could an animal have more than one heart?
5
Dragons evolving into human