Does there exist a percentage of a population that can be safely sacrificed or otherwise "disappeared" and still maintain a steady population growth?

For example. Could a village of 1000 people (500 adult men and 500 adult women) steadily sacrifice a portion of its population and still maintain a growth?

Of course biological sex plays a heavy role here. If a villge loses half of its males, it can recover within a few generations. However if the village lost half of it`s women, it would take much longer.

You can look into Missing Persons statistics.

The majority of people who go missing will return or be found within 24 hours (79%), only 2% will remain missing for longer than a week.

You can play around with other countries Missing People demographics to find the most extreme ratios. You will hardly consider these countries as having negative growth.

It will be alot harder in such a small community as in your question, but the statistics should still hold true. So if 1% of the population can go missing in typical population, then 1% should be able to go missing in a smaller community.

Sure it was only fairly recently that child mortality became rare with as many as half the infants not reaching adulthood back in the days when germs and antibiotics were unknown in many places.

In Polynesia diseases were almost non existent and families having 15 or more children was routine. For population growth to exist they could easily lose half their offspring and still be growing fast and in fact it's one of the basic reasons behind the endemic warfare.

Okay so basically you can sustain a population and grow if you have 2 kids per couple and like maybe 2-3 sacrifices per year, maybe 4 or 5 because its common in tribal societies for women to die in labor and they are still here today, but don't go into the 30s or 40s cause that go to far over the natural death rates of people you could ride.

It depends on what the death rate for the group overall is compared to the birth rate. If the sacrifice is the only (or main) cause of death (that is, unless sacrficed its pretty much a given that someone lives long enough to breed) then yes,you should have a net gain in population over generations.

Like cattle, you can sacrifice most of the males and any over the breeding age with no real loss in population.

The issue will be the loss of genetics and the loss of labor. If you brought in males from elsewhere to avoid genetic stagnation, you could sacrifice all the males and have an Amazonian village of women..... 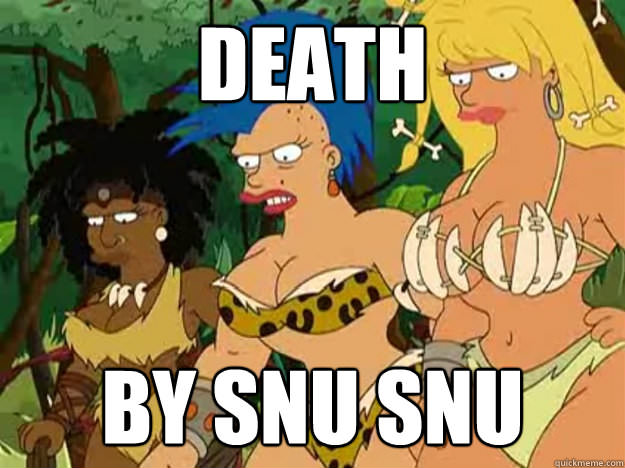 If you sacrifice the elderly; specifically any woman who has reached menopause, or any man who has become impotent; then you could sacrifice 100% of the people who reach that age and lose zero population growth. Depending on your industrialisation, health care quality, I would imagine that about 60% of people can expect to die by sacrifice, and an even greater fraction of women.

Not the answer you're looking for? Browse other questions tagged population or ask your own question.