Is this aircraft plausible? 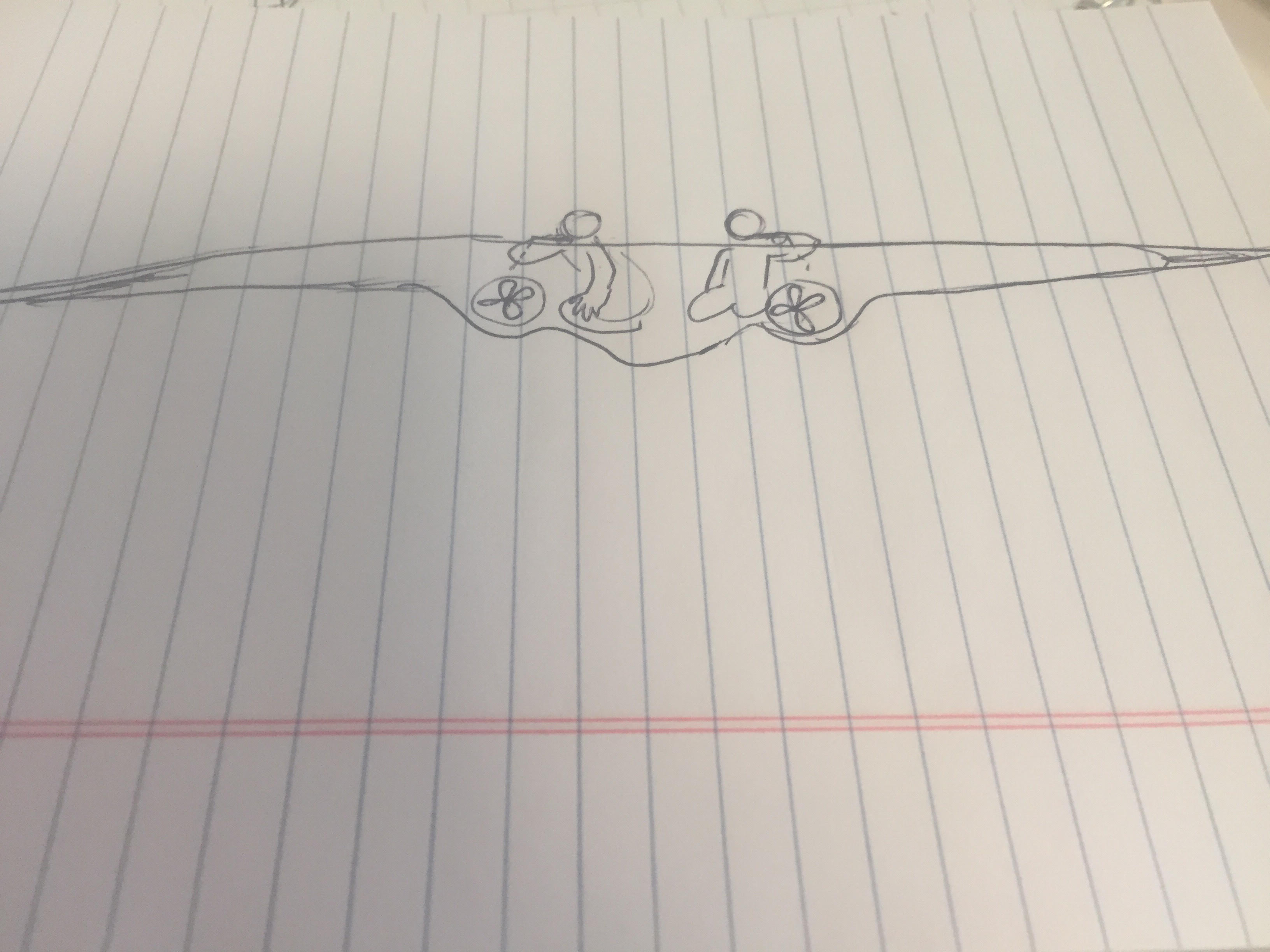 I'm thinking of constructing a flying machine in the comic story I'm working on. Since I'm not an aviation expert, I'll try my best to describe this aircraft and you guys can tell me if this machine is plausible.

The aircraft looks somewhat like a glider made out of lightweight wood (akin to the wooden hull of a boat), where the wings meet at the center, and there are two adjacent cockpits, one within each wing. Beside the cockpits, on the underside of the wings, there are propellers.

The idea is the pilots can get in the cockpits and constantly drive an internal lever that sets the propellers in motion. I'm assuming the wingspan will have to be long, but I'm not sure how long. I'm also assuming that the lever mechanism amplifies the work put in to pumping it, so it doesn't take too much energy to make the propellers whir. Furthermore, this aircraft would probably be pushed off a high altitude location, like a cliff, in order for it to take flight.

Human Powered Aircraft have been a thing for a while. Using a lever to provide the power is maybe not the best solution, just because putting out that kind of power for an extended period is a job better left to the legs, and it leaves no free hands for, say, piloting the aircraft.

Assuming that your pilots are strong enough to keep this in the air with their arms, then they're going to need a way to steer. Maybe they can do this with their legs? In any case - human powered aircraft are definitely possible, and without any extra information you can say that this design could work. It doesn't sound like the best possible solution though.

Your biggest issue is the mechanism to convert the mechanical energy of pulling the lever into the rotational motion of the propeller. This isn't impossible, but it is rather inefficient. 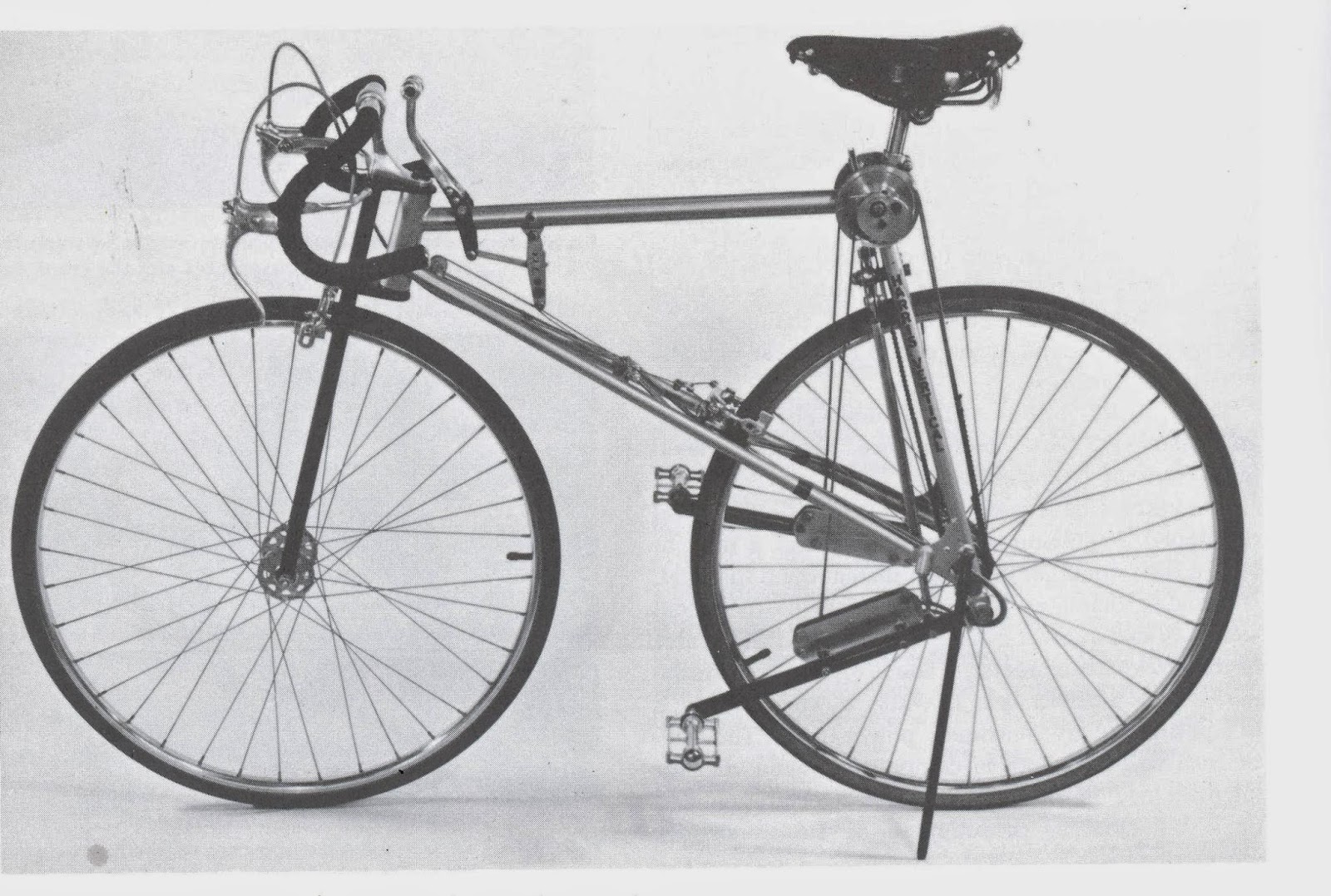 The Alenax Trans-bar bicycle was commercially produced in the 1980’s.

There is an entire blog article here outlining all kinds of variations of linear to rotary drives, one constant when looking at the descriptions and illustrations is how complex most of them are. 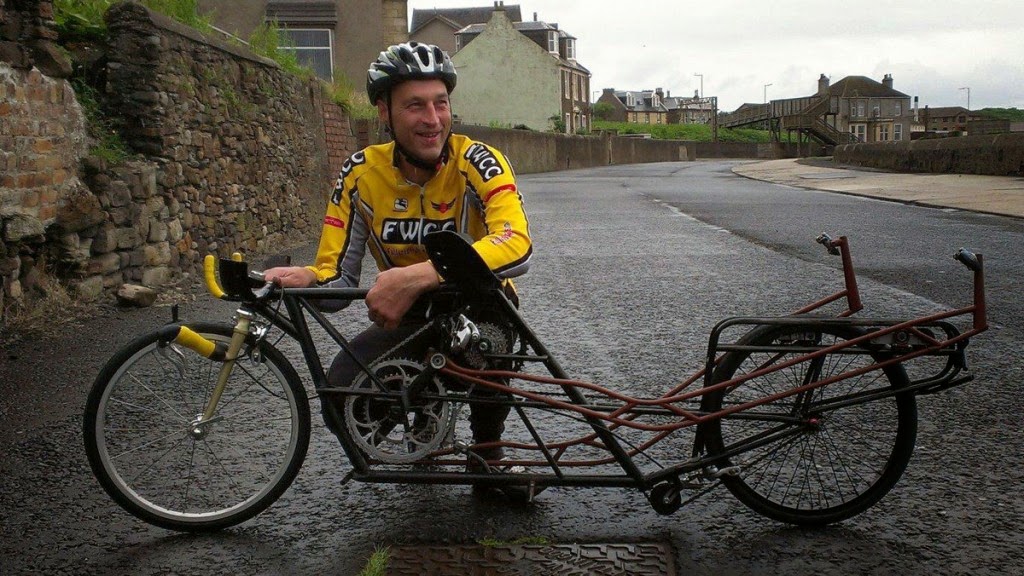 Try working out the mechanical system on this bike....

This brings up the second issue, mechanical advantage. Your pulling on levers (or even peddling on a conventional bicycle setup) is unlikely to produce the proper torque and rotational velocity for the propellers directly. You will need a gear train or something more exotic to translate the movement you make into the proper rotation for the propellers. This is generally done with a gear train or transmission, and it too will add weight to your airplane, making it more difficult for the human power plants to actually propel it through the air.

Looking at real human powered aircraft, you will see the two common factors are extreme lightness and fairly extreme wingspans. This is to maximize the rather tiny amount of power a human being can actually produce, and allow for control flight (underpowered aircraft are generally good at uncontrolled flight, and usually straight into the ground). 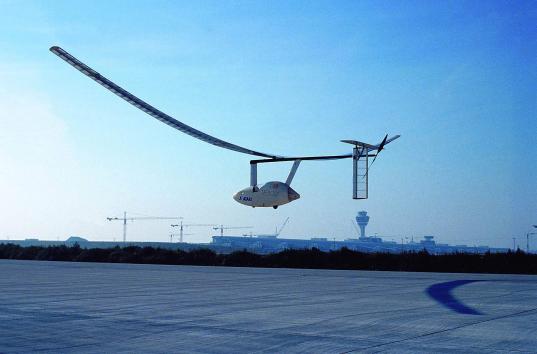 So the short answer is, your design is rather implausible, and would need considerable rethinking to become an actual, flyable airplane.

You have to rethink some of your assumptions.

If you wish to have an aircraft powered by a person moving levers, it has been done before. Some examples I can think of right now:

This is very unrealistic in real life, but it works quite well for comic books realism.

The problem with pedaling for flight is that the amount of energy required to give you lift cannot be reduced by any gearing system - and humans cannot reallistically output enough to power any flying craft on Earth. This does not stop us from jumping from high places strapped to hang gliders, parasails, or even towing gliding planes and then releasing them midair. These have limited autonomy compared to powered planes, and you need to start in high altitudes... But they can go really far once they're on their own.

As for the minimum wing area, materials and other thoughts for inspiration, you may be interested in this question:

P.s.: After your edit, I couldn't help but think of Nausicaa's glider: 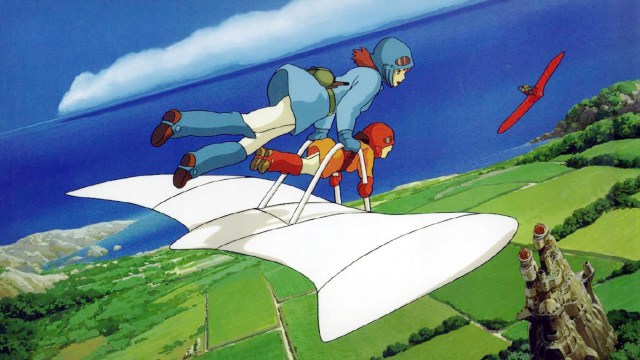 3
Delaying the development of aircraft
1
Low density air on a planet - effects on civilian and military aircraft (not spaceworthy)
6
Aircraft that can endure high winds and storms
5
Storm-proofing Late-Victorian Aircraft
4
Fusion powered aircraft methods
10
Designing an aircraft for a cyberpunk setting
5
What type of safety features would a commercial nuclear jet aircraft have?