So I have a ridiculously overpowered weapon for a character call the Mk II "Damocles" Gauss Gyrojet, which is essentially a coilgun which fires rocket bullets. It is so bulky it is only capable of being used by someone wearing power armor or someone with so many aguments they might as well be wearing power armor. The problem is coilguns use absurd amounts of energy so what's a good way to provide enough energy for the gun, short of a nuclear reactor?

A good way to carry a lot of energy fun a small space is as high explosives. To turn that energy into electricity for your coilgun, you will want an explosive-driven ferroelectric generator. 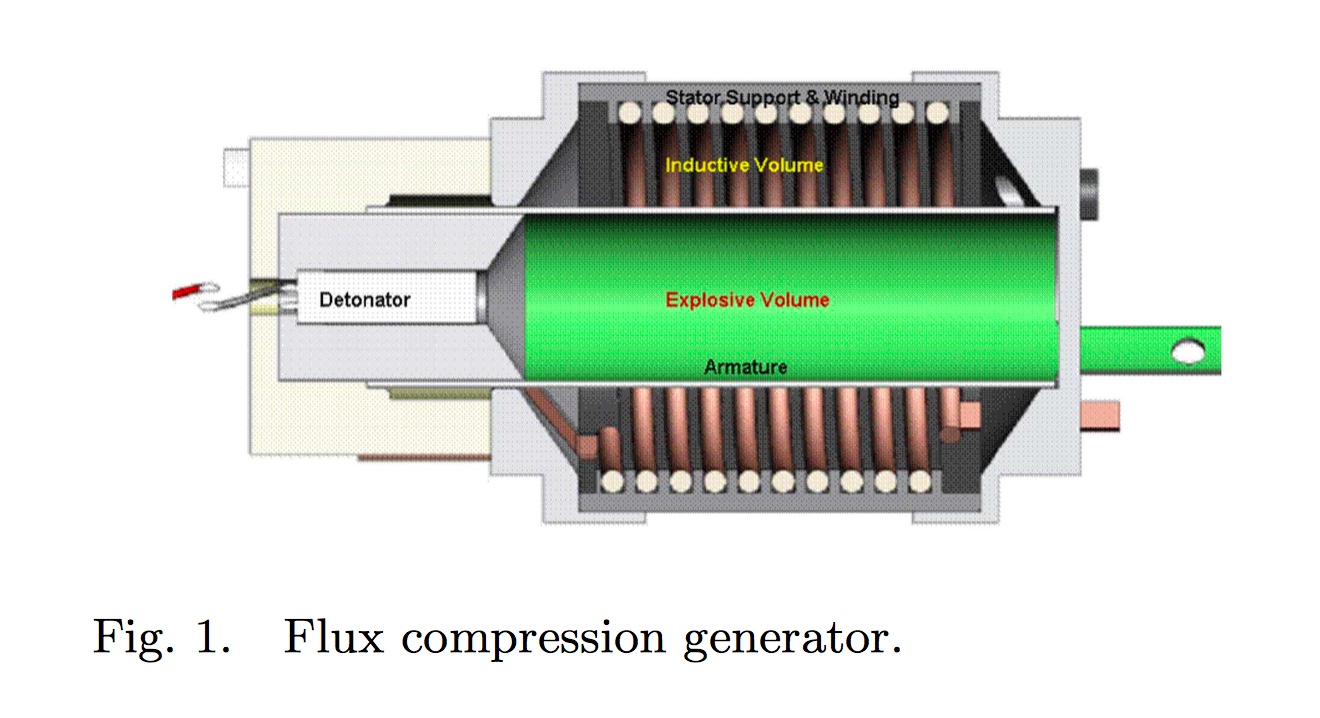 ECFEGs operate by releasing the electrical charge stored in the poled crystal structure of a suitable ferroelectric material, e.g. PZT, by an intense mechanical shock.

The structure of an EDFEG is generally a block of a suitable high explosive, accelerating a metal plate into a target made of ferroelectric material.

Note: you need a new one for each shot. Because it blows up.

An EPFCG only ever generates a single pulse as the device is physically destroyed during operation. An EPFCG package that could be easily carried by a person can produce pulses in the millions of amperes and tens of terawatts.[citation needed] They require a starting current pulse to operate, usually supplied by capacitors.

The canny will note that I have linked 2 different devices here: the EPFCG and the ECFEG. It is proposed that the ECFEG be used to prime the EPFEG. The reasons why the one is capable of generating more power than the other are beyond my ken. But: they both blow up. Which might be good because if the goal is ridiculously overpowerededness it would be appropriate to be carrying 2 types of charge device, both of which blow up with use.

I would recommend adding a Mr. Fusion... 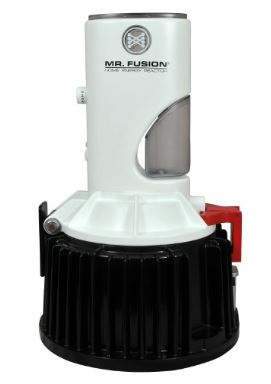 ...assuming that 1.21 gigawatts is enough to power your gun.

Given the Gauss gun is a miniature version of the mass driver, there is little to be gained by having a rocket powered projectile. You can always justify the need for powered battle armour by carrying the generator for the gauss gun, and the extreme recoil forces if the round if being launched at hypersonic speeds (at that point, even an explosive warhead might not be necessary, as the round will have a huge amount of kinetic energy).

One reason to have a rocket on board the round is to allow a "smart" round to make course corrections at extreme range, to account for the actions of the target attempting to evade. There are several different programs that attempt to do so, so the idea of integrating sensors, electronics and small rockets in a gunfire projectile has been demonstrated.

So your weapons man or team will have a high powered coilgun to lunch the round at a target, and the round itself will have a small rocket to steer it to impact a manouaverable target.

Not the answer you're looking for? Browse other questions tagged weapons power-sources coilguns or ask your own question.

4
Fission vs. fusion as a heavily-restricted sci-fi power source
8
The go-to power source for transportation in a post apocalyptic world
2
Creating a steampunk-esque/cybernetic “Big Iron” revolver
5
What sort of claws would be best utilized for melee combat and quickly scaling the walls of a modern day building?
9
Can biological material be magnetic?
5
How do I power Goldeneye?
73
What (modern) weapons could be used to destroy skeletal enemies as completely as possible?
58
Does a grenade kill you the same way a gun does?
6
Are laser-stars the better missile carriers in space warfare?