Plausible reason for why the government isn’t present

In early May 2068, the USA and USSR go head off in nuclear war, and both countries, and the rest of the world, were completely devastated. In the US, the bombs ranged from smaller 100 kiloton bombs to 30 megaton bombs. Before the war, a food crisis caused heavy rationing of food in places like California and New York, and a proxy wars between the US and Soviets in East Africa and Southeast Asia heightened political tensions. 90% of the world’s population is dead, and life is forever changed for the survivors. Towns are the only safe places, as the vast expanses of wilderness are stalled by savage animals and raiders, that will kill you at best, eat you at worst. Women found outside will often be enslaved and subjected to unimaginable suffering. Most people are substinence farmers at best, Hunter gatherers at worst. It stays like that for 500 years, but there is 1 problem.

In the event of nuclear war, the government would most likely help the survivors or put in martial law and things like that. But, in my story, the government never helps anyone, and is never heard from again by the citizens of America. The military personnel that survived all deserted to form tribes, or become raiders. All the high ranking members of the United States government (excluding the president) survived the war and relocated to secret bases, so my question is, what would be a plausible reason for why the government disappeared?

In America, 21% of the population survived.

The 21% who survive are not government people. 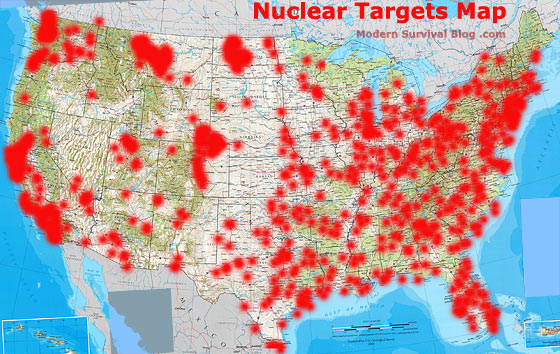 Survivors are not a random 21% of the population. In a big nuclear exchange, population centers and centers of military power will be wiped out. The fact that the top leaders survive shows that they are wily folks, but they will have no-one left to do their bidding and nothing to do it with.

Survivors will be concentrated in the rural west and far north. Governmental entities are not represented by these people except for small town governments and national park rangers.

An interesting premise for this scenario: the Navajo nation might be the largest organized governmental entity to survive this exchange. In the fairly large area they control, the tribal government does try to help people.

41
Is it realistic to believe an apocalyptical setting can last 500+ years?

9
Steps to prepare for the Apocalypse
2
Why would the Government kill those it can't save?
2
Plausible way for the Sun to lose huge amounts of mass?
28
Plausible Original Concept For High-Fidelity Apocalypse?
9
The government builds an Ark before an apocalypse — how does it get people to come?
60
The land grows evil and corrupted … but why?